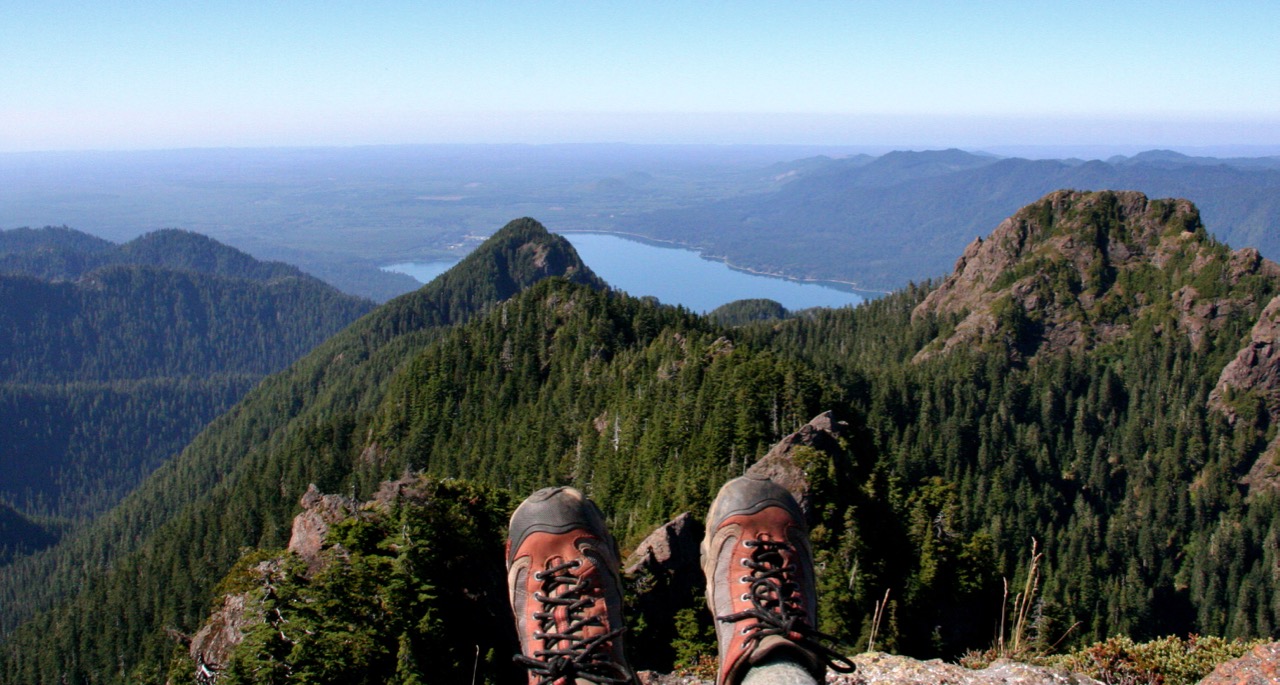 Often, visitors who explore our National Parks and other public lands are hurried and rushed. The sheer size and scale of the gorgeous stretches of wilderness are too much to see in a day, weekend or even a week. That is why, whenever I have an extra afternoon, I try to find a peak to summit or a trail that leads to a lesser known viewpoint. One of those places in Olympic National Park and Forest is the rugged, wild and wonderful summit of Colonel Bob peak, high above the Quinault Rainforest.

Colonel Bob, named after Colonel Robert “Bob” G. Ingersoll (a fascinating Civil War veteran and political leader), is the 2nd tallest peak in the Colonel Bob Wilderness, one of six incredibly gorgeous and unique wilderness regions on the Olympic Peninsula. The strangely named peak is largely ignored by the 3.5 million annual visitors to the region, passed over for the more famous and well known destinations. While people flock to the breathtaking Lake Quinault Lodge, the Enchanted Valley and the world’s tallest spruce tree, all found around Lake Quinault, Colonel Bob sits quietly above, hiding one of the most spectacular views on the western side of the Olympic Peninsula.

Want to hike here? Pick up a copy of 52 Hikes Olympic Peninsula for this and all the best trails around the region.

I first got to know the Colonel due to a completely random stranger in Olympia. While waiting for our takeout from one of my favorite teriyaki places, the stranger struck up a conversation with me, apparently glancing over my shoulder as I was posting yet another picture of the Olympics to my Instagram feed. The man in his 60s asked if I knew the park well, and I responded that I did, but am always looking for new places to go. He asked me if I had climbed Colonel Bob and I honestly had no idea what he was talking about. For me, the Quinault region had always been about exploring both forks of the river, ignoring trail signs until I entered Olympic National Park. As he described the trail and the view, I had already made up my mind that I was going to climb it as soon as possible.

Once my order was ready, I thanked the stranger and headed home, knowing my food would go cold as I had a new mountain to research. It was early September, and the Olympic snowpack had long ago melted out. For those unaware, early September is one of the best seasons in the PNW, full of sun, great hiking and perfect temperatures for all day adventures. Once I found the trail info, I checked the weather and made a plan to stand atop Colonel Bob Peak as soon as possible. For the next few days, I impatiently waited for a day off of work and a sunny day, and when the two intersected, I drove out to start my adventure.

In just four short miles, I had reached one of my new favorite and highly under-rated views on public lands.

I decided to hike to the summit of Colonel Bob from the Pete’s Creek Trailhead. While there are two ways up to the top, the trail from Lake Quinault is longer and more steep, something I didn’t care to do on my first summit. The route I took is roughly eight miles round trip and gains 3,500 feet in four miles. I was not as prepared for that as I expected, but as the hike progressed, the incline became less of an issue as I found myself in awe of the beautiful wilderness area I was experiencing for the first time.

I climbed higher and higher, wondering when I would finally catch a glimpse of Lake Quinault, which I knew was hiding on the other side of the ridge. As the trees thinned and the ridge was finally crested, I stopped moving and took in the view. In just four short miles, I had reached one of my new favorite and highly under-rated views on public lands.

I stood at the rocky summit of Colonel Bob for a good 30 minutes in silence, taking in the jaw-dropping panorama expanding out in all directions. I was dumbstruck. This picturesque mountain, hovering high above the Quinault Rainforest and Lake Quinault, showed off a horizons worth of lush, blanket like, Evergreen trees to the north, east and west. To the south, the logged out, and now growing forests of Grays Harbor stood out like a sore thumb, but when I looked a little farther, I could see the actual harbor. Being able to look out over an endless sea of ridges and mountains was truly awe-inspiring. The peak area was wide enough to have a snack, pose for pictures and just lay back taking in the panoramic beauty, all alone.

I saw Mt. Olympus. I saw Lake Quinault and its rainforest. I looked over the wild and wonderful Wynoochee and saw the first hints of fog rolling over the coastline. I saw the soul of the Olympic Peninsula from Colonel Bob and I felt pure happiness and was, for the first time in months, grinning ear to ear.

With a heavy sigh, I packed up my cameras and started hiking down. My life had been forever changed by the view from Colonel Bob and I couldn’t wait to get home and share the experience with everyone. This little peak that had been unknown for most of my life suddenly became extremely important and is still, to this day, one of my favorite views in any National Park or Forest in America. I mean, hell, where else can you climb a mountain, stand above a rainforest, a huge lake, see glaciers, the ocean and hundreds of miles of wilderness, all after four miles of hiking?

Colonel Bob is like most lesser-known trails around the Olympic Peninsula. To climb a rugged, isolated mountain in the Pacific Northwest’s Olympic Mountains means serious elevation gain and a sense of adventure. However, this summit should be done by all, as it is just four miles and pretty easy to follow for experienced hikers. Colonel Bob Peak is the perfect mountain to climb, as it is one of the few that can be reached in a day along the western slopes of the Olympic Peninsula. With stunning views, a well-maintained trail and an incredible photo opportunity, this peak above Lake Quinault near the Olympic National Park is sure to become a favorite.

It became one of mine after the very first time. 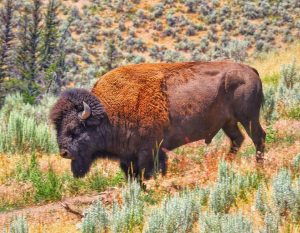 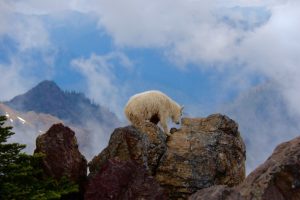