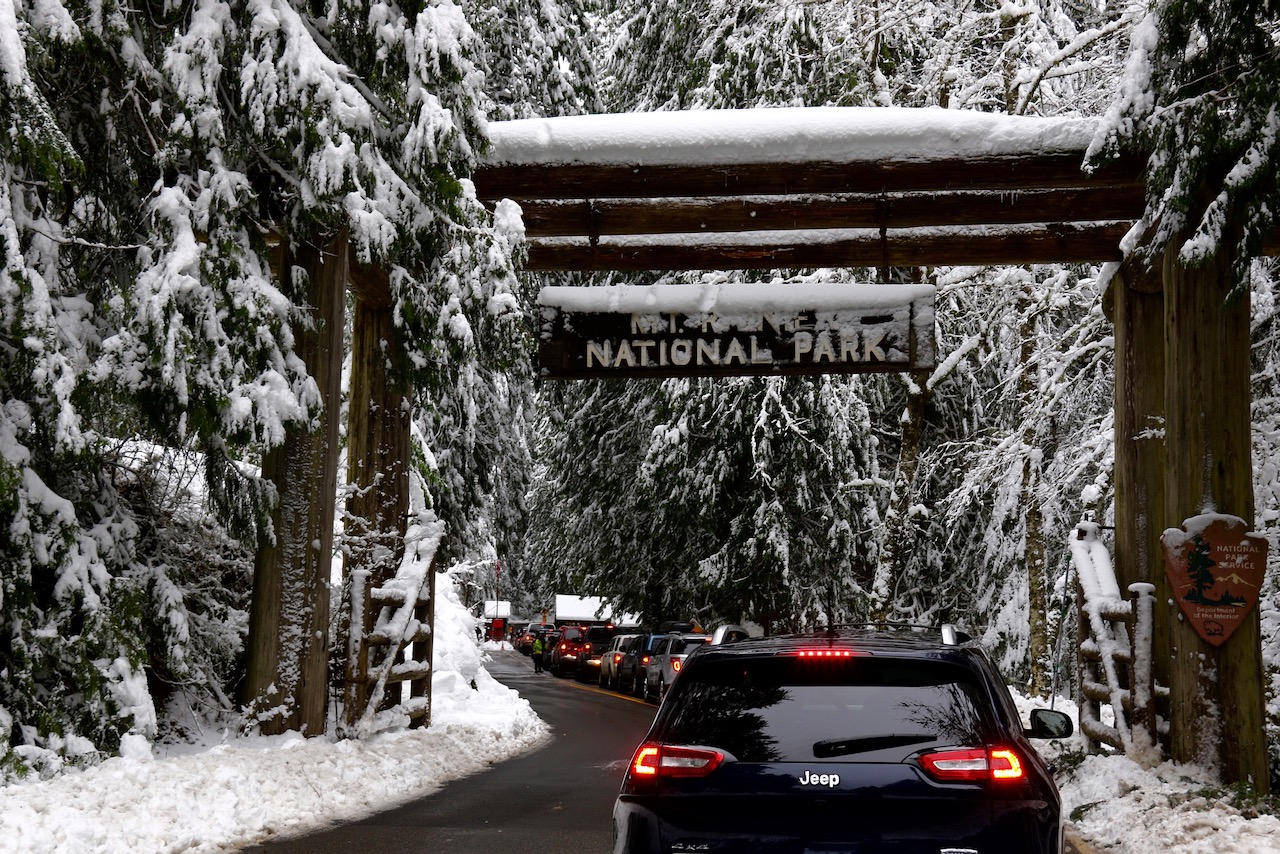 You have probably heard the reports- Mount Rainier National Park is closed. The news of the mudslides, flooding and washouts have been gracing the pages of local news and outdoor recreation publications for the past few days. Because of the reports, there is a lot of worry about the impact of the closures and what it means for visitation, the park and the communities around the region.

Mount Rainier National Park is no stranger to closures. Most park roads are only open during the summer months, with the majority of routes around the iconic volcano closed during the late fall, winter and early spring. Even in the winter, the main road from Longmire to Paradise, the only road up the mountain in the winter, will close for a day or two at a time, usually with snowstorms and heavy rains. Fallen trees, falling rocks and heavy snows are a constant threat to the road being open. For the park staff, these are just the daily activities that make working in the mountain park so unique. While there are many temporary closures to Mount Rainier each year, there are three main closures that are worth sharing.

The longest park closure in the 1900s came during WWII. From 1943 to 1946 as the road from Longmire to Paradise was closed to the public. Despite the closure to this region, the rest of the park saw over a million visitors (1,034,881) during those four years.

In May of 1980, Mt. St. Helens erupted on the 18th and covered the south half of Mount Raining National with ash. The park was closed for three days, until May 21. The impact of these closures was minimal.

In 2006, heavy rains, 18 inches 36 hours slammed the park. However, the rainfall wasn’t what caused the devastation. The snow level during this storm was 10,000 feet, helping the rain melt the heavy amounts of snow that had fallen in the previous weeks. The melting snow and fast running rivers and creeks spilled over their banks and carved away huge swaths of land. This November storm was responsible for the longest closure of Mount Rainier National Park since WWII and caused an estimated $30 million in damage. The 2006 storm permanently washed away campgrounds and roads around the park. During this storm, the majority of the park was closed for six months and visitation in 2007 was the lowest since 1982, but was still over a million visitors for the year. The park hasn’t seen less than a million visitors a year since 1957.

The most recent closure of the park, before the February 2020 event was in January of 2020. During this time, access to the park was restricted due to heavy snow and fallen trees. This closed the road to Longmire from the Nisqually Entrance. The closure, which made a little news in the area, lasted only a few days and would be a heads up that this year would be a rough one.

TIME FRAME FOR THE FEBRUARY 2020 CLOSURE

While Mount Rainier National Park officials have said that this latest closure from February of 2020 will keep the park closed for an indefinite period of time, the impact to the area will not be as bad as in 2006. Yes, the closures could last for a few weeks and a few areas may be closed for even a couple of months at the longest. However, our sources tell us that while the interior of the park did experience damage, it does not appear to be at the same level the damage that was seen 14 years ago.

Continued flooding within park boundaries is causing damage to roads, trails and historic structures including the National Park Inn and other nationally-significant buildings within the Longmire National Historic Landmark District. Several buildings in Longmire have lost critical systems as sump pumps have been unable to keep up with water intrusion.

The park’s main entrance road has sustained some damage near Sunshine Point, where the 2006 flood washed out the road. Access to the Carbon River area is also blocked due to a significant washout on Fairfax Forest Reserve Road, and even the road to Crystal Mountain on State Route 410 currently closed because of four slides between the town of Enumclaw and the park entrance. However, even this news is not cause to be alarmed at the same degree as people were in 2006.

While no news has really been released about a projected opening, we can somewhat piece together a timeframe from information received by The Outdoor Society. Mountain rescue groups, who were planning a trip to the park for training on the 22nd of February, were told to not plan on accessing the park. If this information is indeed correct, we should assume that the park will be closed until at least the end of February. We might get surprised with an earlier opening date, but I wouldn’t get your hopes up.

Obviously, the park and Washington State Department of Transportation will be working as quickly and as safely as possible to get the roads and the park open as soon as they can.

If Mount Raining remains closed for all of February, the impact on the year’s visitation will be minimal. Over the past decade, February visitation has had an average of 18,961 visitors for the month. The main cause for concern is the economic impact if the entire month is lost without any visitation. In a 2018 study, the average visitor to Mount Rainier spent $36. The majority of this money by the 1.5 million visitors came during the summer months. If we assume that the average visitor in the winter spends half of this, due to the lack of camping, hotel stays and general amenities available, the region will see a loss of $340,000. This would be over $11,500 a day to the region for the 29 days in February of 2020. If the rate of $36 is consistent year round, the impact will be a loss of roughly $680,000 to the region. If the closure lasts into March and then April, the loss of finances to the region will be into the millions of dollars. Over 29 days, the length of February in 2020, that would be over $23,000 a day of lost revenue.

Obviously, for the small towns and businesses that are impacted by the closure, the loss of visitors and revenue is huge. Luckily, the majority of finances for the tourism based towns comes during the summer months. Hopefully, the initial assessments of the park will be correct and the region and the park will be seeing visitors soon. When you do visit Mount Rainier, after the region is once again open, consider spending a little extra money at the stores you stop at, as they will still be hurting from the economic impact of the closures for the remainder of this year and maybe longer. 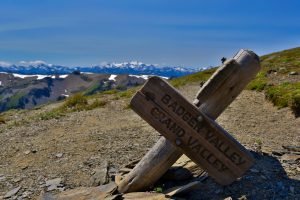 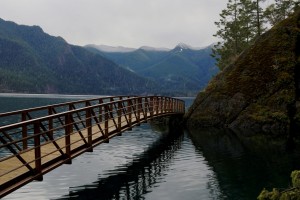