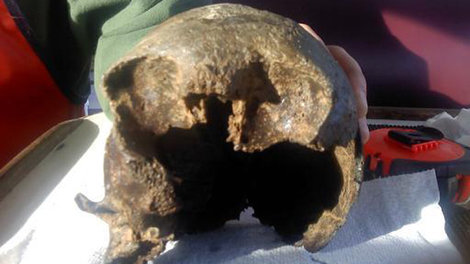 Two miles off the Washington Coast in 2014, near the fishing mecca of Westport, a fisherman had quite a shock when he was pulling up his crab pit. As his crab pot came into view and he looked through the contents, he discovered something odd. What he found was part of a human head in a crab pot. He called the police, they impounded his crab pot and the skull and ran DNA tests with the FBI. No matches were found and the mystery of the head in the crab pot was forgotten. For two years, the skull was studied and analyzed and we finally have part of the mystery solved. Now, after Radio Carbon Dating tests were run at Beta Analytics in Miami, Fla., we have a few answers.

According to the Daily World, Grays Harbor’s newspaper, Grays Harbor County Coroner Lane Youmans said Tuesday afternoon that “Scientists have determined that a skull found in a crab pot off the coast two years ago dates back about 2,300 years.” Earlier tests had discovered that the skull belonged to a woman. The woman lived somewhere around 360 to 400 B.C, and was more than likely a member of a local tribe. While details are currently unknown about her background, researchers are trying to figure out all the pieces to this fascinating puzzle.

Now that a date has been placed on the remains,  the skull will be analyzed by Dr. Guy Tasa, the Washington State Physical Anthropologist. His goal is to figure out where the woman came from and to return her skull to the correct tribe. This story has fascinated us from day one and I was pleased to see some progress had been made. It wasn’t every day that we heard stories about a human skull in a crab pot, but the facts that are coming in regarding this skull make sense. Though I now have even more questions about how she died, where she was from and what life was life in the days leading to her body being tossed around in the sea for hundreds, if not thousands of years.

The Washington Coast has been the home to numerous Native Tribes for millennia.Throughout the region, burial grounds, petroglyphs and glimpses into the past have been discovered. Hopefully, this skull discovery will rekindle an awaking of interest in our local tribes and be a bridge to repeating their cultures and working together to protect, understand and celebrate the long history of life in the Pacific Northwest. We hope the skull finds the proper resting place soon and that her spirit will be at peace, knowing she is finally back home.

We will be monitoring this story as best we can and will provide updates when they come our way. 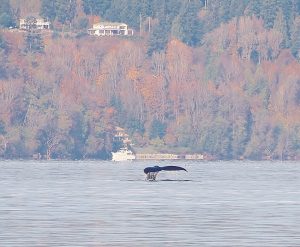 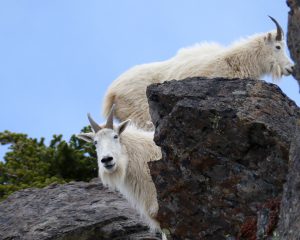 Next post How Many Mountain Goats Are in the Olympic Mountains?