Have your Voice Heard!

Located in a picturesque rainforest valley, under the shadows of rocky peaks and quickly melting glaciers, Olympic National Park’s Enchanted Valley is one of the most popular and scenic backpacking destinations in the National Park Service. Now located 15 miles from the nearest trailhead, the Enchanted Valley lives up to its name, casting a spell on all who wander to this remote destination. Home to bear, waterfalls, majestic views and the shores of a glacial fed, rainforest river, for many the highlight is the historic chalet in the valley. Built in the 1930s, the Chalet has been an iconic structure deep within the wilderness of America’s rainforest park.

In 2014, the Chalet was nearly wiped out by the always changing river-bed of the East Fork of the Quinault River. The National Park officially says the river got to within 18 inches of the historic structure. However, when we went out to document the possible demise of the chalet, we saw an entire corner hanging off the edge of the riverbank. Public outcry of the potential loss of this structure led to emergency action, forcing the National Park to move the structure 100 feet. The story of how the chalet was moved was incredible and I was lucky enough to be there to see it in person.

The move in 2014 was temporary and today, the National Park Service is asking for your input on just what to do with the structure.

“We are pleased to ask the public to help us develop a plan for the Enchanted Valley Chalet,” said Superintendent Sarah Creachbaum.  “We have drafted some preliminary alternatives that we’d like the public to reflect and comment on.  And of course, we are also interested in additional ideas people may have.”

A Press Release was issued on the topic, which also said:

The chalet is located on the active floodplain of the East Fork Quinault River, where migration of the river’s channel is common. In January 2014, the river had migrated to within 18 inches of the chalet. The National Park Service prepared a Concise EA for “Emergency Action to Temporarily Relocate the Enchanted Valley Chalet for the Protection of the East Fork Quinault River”.

The selected alternative was to move the chalet 50-100 feet from the bank of the river in an effort to protect the river and its associated natural resources from imminent environmental harm. In September 2014, the NPS hired a local contractor, and the chalet was moved approximately 100 feet from the East Fork Quinault River.

The concise EA stated that the NPS would embark on a separate planning process to assess options for the final disposition of the chalet. This process is now beginning.

WHAT CAN YOU DO?

For more information on the options for the fate of the Enchanted Valley Chalet, including the purpose and need for the plan and preliminary alternatives developed so far, you can go to the http://parkplanning.nps.gov/EVCscoping.  This will give you an overview of the project, a pdf describing some options and an area to leave online comments. The Electronically submitted comments can be submitted at http://parkplanning.nps.gov/EVCscoping. Comments may also be mailed to:

Keep in mind that all comments need to be submitted no later than August 31st, 2016!

SHOW UP AND HAVE YOUR VOICE HEARD!

If you’d rather show up and have your voice heard directly by National Park officials on this topic, there will be six meetings in communities around the Olympic Peninsula to do so. Located in Port Angeles, Forks and Aberdeen, these meetings will occur at the end of June through mid-July. Not much heads up, but  if you can, please attend! 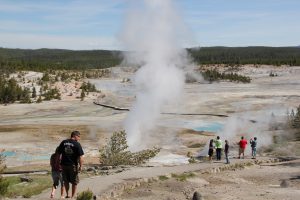 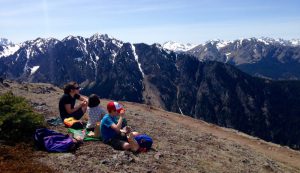