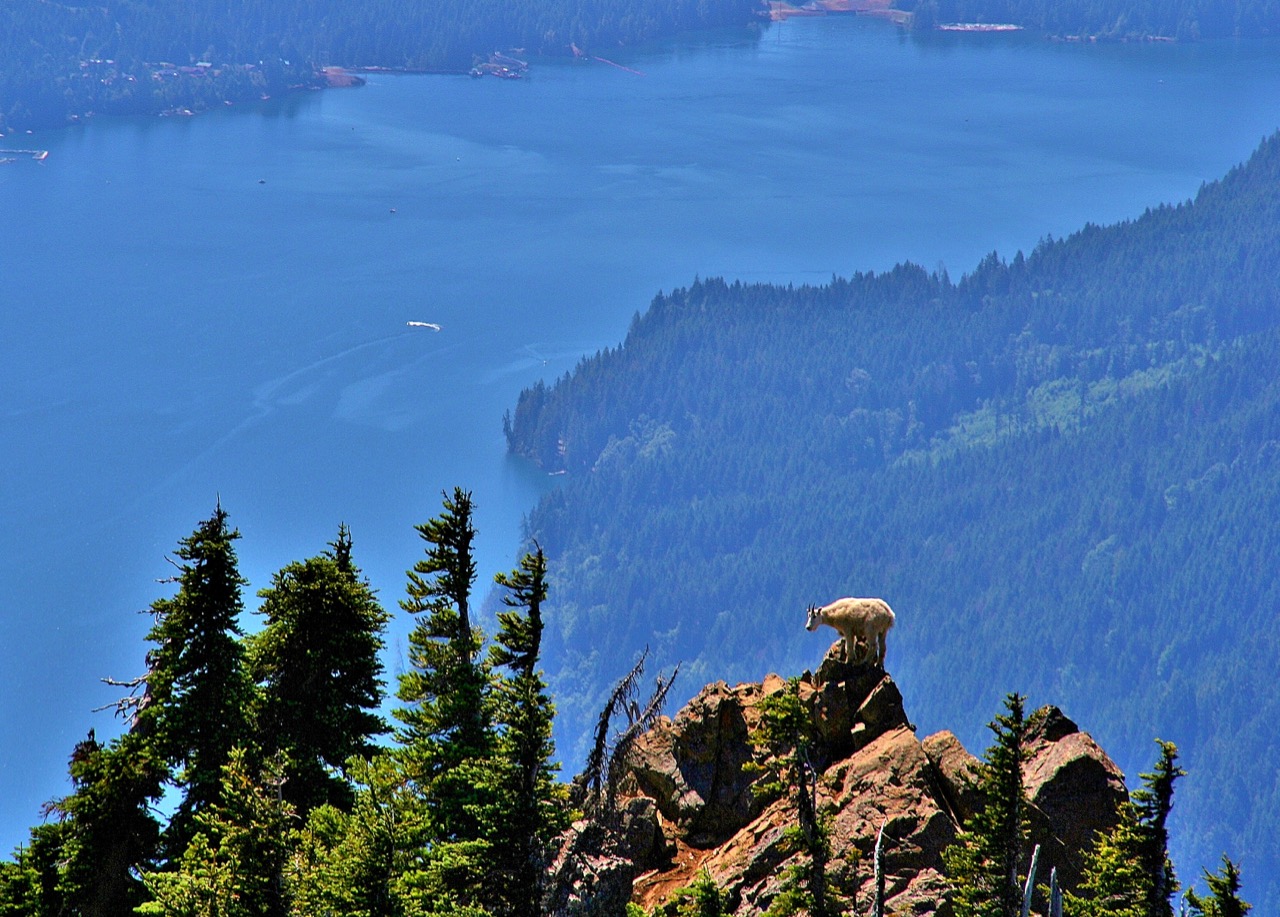 Goodbye, Mount Ellinor Mountain Goats. You will be missed.

There are now a lot less mountain goats wandering the rocky summits of the Olympic Mountains. For the second straight year, the Mountain Goat Removal process has been hailed a success by the agencies carrying it out. A total of 22 mountain goats were removed from Olympic National Forest in August. Sixteen mountain goats were removed from the Mount Ellinor and Mount Washington area and six from The Brothers Wilderness. During the month of August, 79 were taken from within Olympic National Park boundaries.

The 22 goats taken from the Mount Ellinor area were a good chunk of the local population. From here on out, there is a good chance that you won’t be seeing any mountain goats on this popular trail. While some will rejoice about the news, others, like us here at The Outdoor Society, feel a little sadness to know that there is an extremely high chance that we will no longer be seeing these magnificent creatures again in this region.

This effort is a partnership between the National Park Service (NPS), the Washington Department of Fish and Wildlife (WDFW), and the USDA Forest Service (USFS) to re-establish and assist in connecting depleted populations of mountain goats in the Washington Cascades while also removing non-native goats from the Olympic Mountains.  Though some mountain goat populations in the North Cascades have recovered since the 1990s, the species is still absent or rare in many areas of its historic range. Mountain goats were introduced to the Olympics in the 1920s.

In addition to the 101 mountain goats released in the North Cascades, there were seven adult mortalities related to capture. Four animals that could not be captured safely were lethally removed.

Ten mountain goat kids were transferred as a group to Northwest Trek Wildlife Park for stabilization, acclimation and socialization. One kid will join six other goats in the wildlife park’s 435-acre free-roaming area. The other nine kids will move to new homes at other zoos. A total of 16 mountain goat kids have been given permanent homes in zoos: six in 2018 and ten in 2019.

Leading Edge Aviation, a private company which specializes in the capture of wild animals, conducted aerial capture operations through a contract. The helicopter crew used immobilizing darts and net guns to capture mountain goats and transported them in specially-made slings to the staging areas located at Hurricane Ridge in Olympic National Park and the Hamma Hamma area in Olympic National Forest. The animals were examined and treated by veterinarians before volunteers working with WDFW transported them to pre-selected staging areas in the North Cascades. The mountain goats were transported in refrigerated trucks to keep them cool.

Once at the staging areas, WDFW and participating Tribal biologists worked with HiLine Aviation to airlift the crated goats to release areas where volunteers and Forest Service wildlife biologists assisted with the release. Release areas were chosen based on their high quality mountain goat habitat, proximity to the staging areas, and limited disturbance to recreationists. Weather did complicate airlifting goats to preferred locations on 6 days, but crews were able to airlift goats to alternative locations on these days.

“We were very fortunate to have a long stretch of good weather in August which enabled us to safely catch mountain goats throughout the Olympics and make good progress towards reaching our translocation goals. Many thanks to all the volunteers and cooperators, including several biologists and former National Park Service staff who came out of retirement to assist with the project.” ~ Dr. Patti Happe, Wildlife Branch Chief at Olympic National Park

During this round, release sites in the Cascades included Cadet Ridge and Cadet Creek, Milk Lakes on Lime Ridge, Pear Lake, and between Prairie and Whitechuck Mountains on the Darrington Ranger District of the Mt. Baker-Snoqualmie National Forest; between Vesper and Big Four Mountains on Washington Department of Natural Resource Lands; on Hardscrabble Ridge and privately-held land; and near Tower Mountain on the Methow Ranger District of the Okanogan-Wenatchee National Forest.

“An operation such as this is impossible without the support and participation of a large team. All have worked tirelessly to give every goat the best possible chance at a new beginning in native habitat. In future years, we hope to be able to look back with the satisfaction of knowing we helped restore this wonderful species where there are currently so few.”~ Dr. Rich Harris, a WDFW wildlife manager who specializes in mountain goats.

“This operation would not have been possible without the invaluable assistance of volunteers, including the Olympia Mountaineers. We also want to acknowledge that having popular destinations such as Mount Ellinor and Lake of the Angels closed may have been inconvenient to visitors, but it was important to have a safe and successful capture operation in those areas.” ~ Susan Piper, Forest Wildlife Biologist with Olympic National Forest.

In May 2018, the NPS released the final Mountain Goat Management Plan which outlines the effort to remove the estimated 725 mountain goats on the Olympic Peninsula. Both the plan and the associated environmental impact statement were finalized after an extensive public review process which began in 2014. 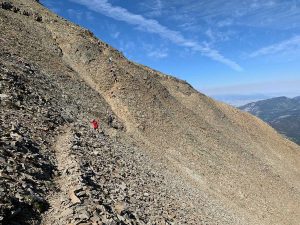 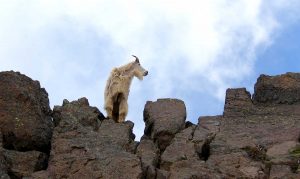