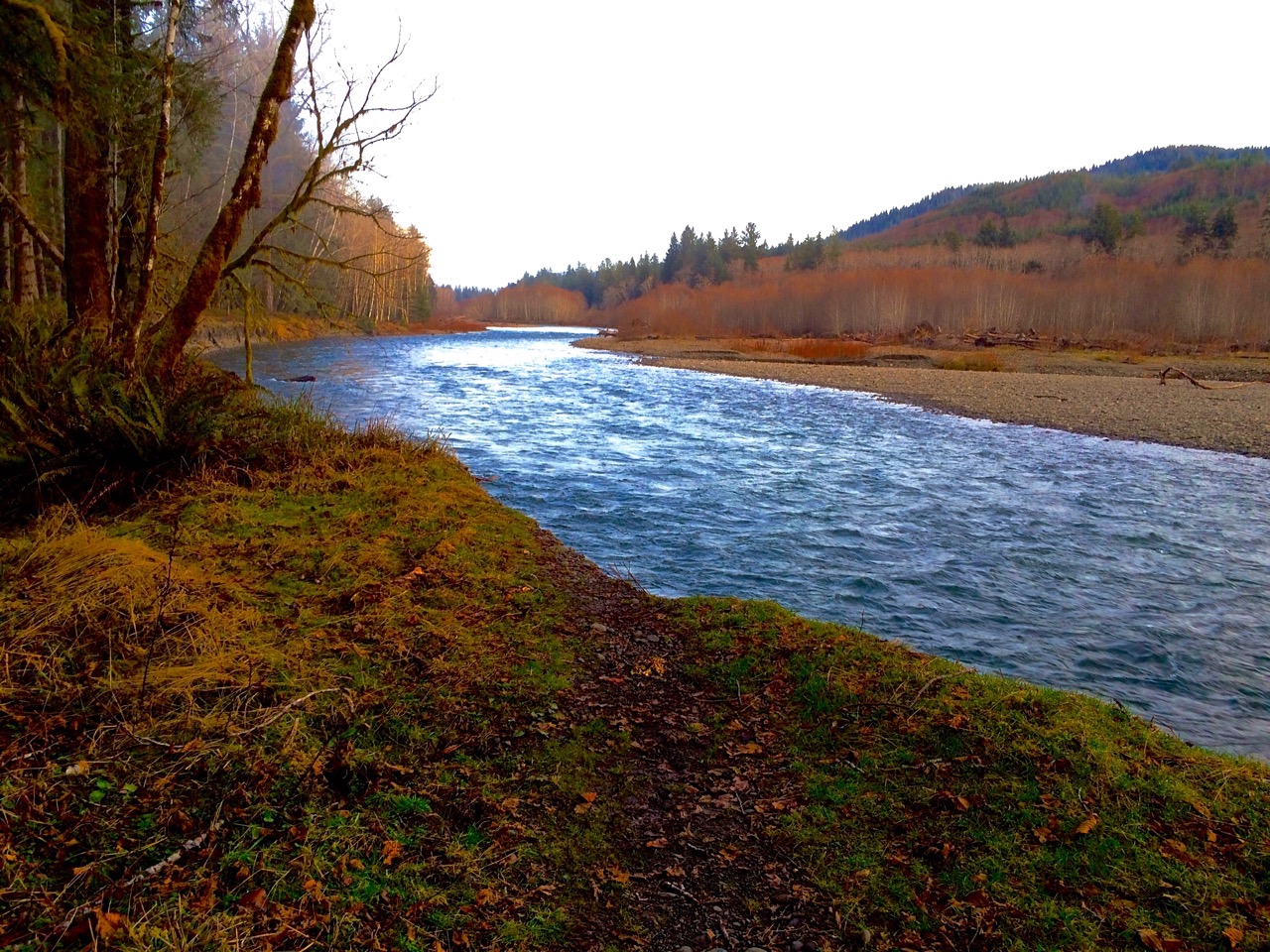 Yet another closure is hitting the wilderness of the Olympic Peninsula. This time, it is the Bogachiel River. This winter, a record setting rainfall has hit the region, causing rivers to flow full, eroding the sediment filled banks of rivers across the region. The rains and raging rivers washed out the road to the Elwha and Quinault regions of Olympic National Park, and now have closed the route into Olympic National Forest’s Bogachiel region. While plans are in the works to fix the washed out sections of the trail, the road has now been ordered closed, and hiking access seriously limited. With nowhere to park and a trail that has dropped into the river, we welcome another temporary casualty of winter.

According to initial reports, a 350 foot section of the trail was washed away, taking with it huge trees and wetlands. The story was first reported early on March 8th, with a later update from Olympic National Forest coming to our attention via Twitter that evening.

Bogachiel Trailhead is not accessible to vehicle traffic. This trailhead accesses Bogachiel Rain Forest River Trail and Ira Spring Wetland Trail which are part of the Pacific Northwest National Scenic Trail. While the closure does not restrict foot access there is no suitable parking area.

Due to massive movement, the Bogachiel River has removed two segments of the Bogachiel Rain Forest Trail, ten miles south of Forks.  The damage is located roughly between mileposts 1 and 1.5, including the downstream loss of approximately 300’ of trail and the upper loss of about 50’.  The trail is currently inaccessible to stock.  Hikers and fishermen should use extreme caution and avoid using the parts of the remaining trail that is directly adjacent to the river, due to undercutting.

So what does this mean?

“With the help of partners, we expect to have the trail rerouted soon.  We know it is important day-use access for hikers and fishermen as well as those journeying into and out of Olympic National Park,’ said District Ranger Dean Millett.

Basically, the answer is simple. If you wanted to go to the Bogachiel in the next few weeks and maybe months, I’d come up with a second choice. While hikers can still technically hike in the region, I agree with the Olympic on this one. Don’t park where there isn’t room and be patient. The repairs to the trail and road are supposedly in the works and will get completed as fast as possible. Access will be fixed quickly, as this is an extremely popular destination for hikers, backpackers and fisherman. The Bogachiel is one of the iconic draws to the city of Forks. The Bogachiel will reopen and it will be better than ever. After all, absence makes the heart grow fonder, right? 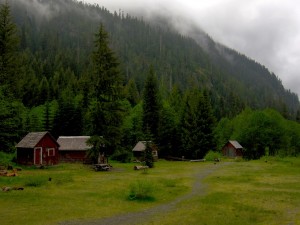