As of March 30th, 2016, the road to Rialto Beach is open. Be aware that there is just one-lane travel near the damaged section of the road, but it is open to vehicle traffic, once again!.

Olympic National Park officials have announced an immediate closer of Rialto Beach and Mora Campground ahead of an incoming storm. With winds expected to reach peak gusts well over 60MPH on the coast, and ocean swells expected to be between 18 to 22 feet on Wednesday night and reaching 20 to 25 feet on Thursday morning, this storm could be quite intense. While just two inches of rain are expected to fall at Forks, the combination of the wind, the new rain and the already soaked ground from a record setting winter could also leave numerous trees down and reduce access to all roads in the region, including Highway 101. The closure of Rialto should be taken as seriously as the August 29th, 2015 closure that severely limited access and caused quite a bit of damage.

According to a phone call with an Olympic National Park employee at the Port Angeles office, the road to Mora and Rialto is currently experiencing a storm surge that is flooding the road. While no other closures have been announced Olympic, common sense should tell people to not only avoid the coast, but also to not go camping or hiking in heavily forested areas of the Pacific Northwest. Campgrounds in Olympic National Park have not yet been ordered closed, but that call may come at any time, as this storm is a serious blast of wind and rain. Just a few weeks ago, visitors to Heart O’ the Hills Campground below Hurricane Ridge were evacuated due to winds and potential risk of injury from falling branches and trees.

Visitors and locals of the Olympic Peninsula should avoid the coast at all times to reduce potential of injury or accidents. If you do want to watch the storm, stay up on the bluffs at Kalaloch and enjoy the power of this storm from relative safety.

The storm will pass quickly, and the closures shouldn’t last too long. I’d image the park to be back to normal by the weekend. However, based on the past few storms that have hit the region, I wouldn’t be shocked if more roads were washed out, or at least closed due to fallen trees and possible mudslides. This is a nasty winter, and while it is ending soon, we aren’t out of the gray yet.

We will keep updating this story as we get information. 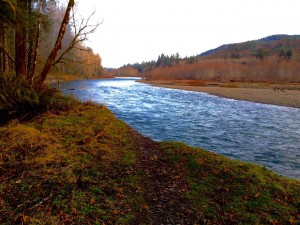 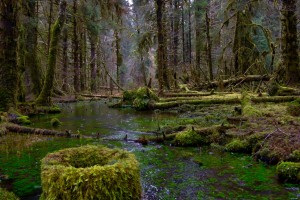