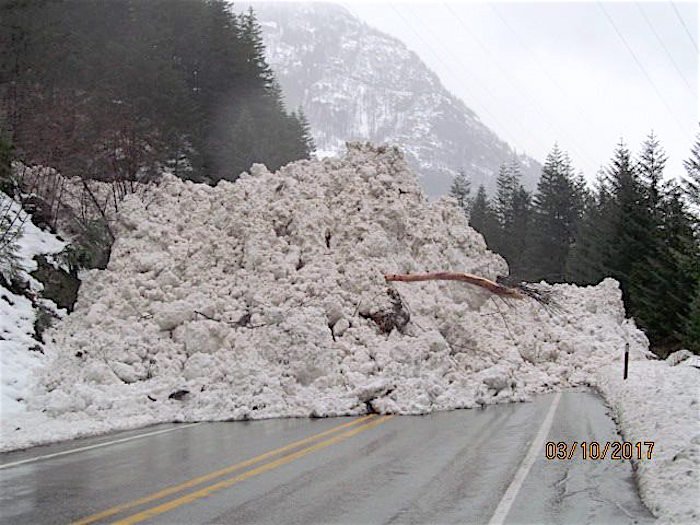 An avalanche occurred in the early morning hours on Friday March 10, 2017 in the gorge east of Newhalem, WA. The avalanche completely obstructed State Route 20 at approximately milepost 122.5, immediately east of the first tunnel. No one was injured in the avalanche. Area avalanche conditions were rated by the Northwest Avalanche Center (NWAC) as High at the time. Washington Department of Transportation (WSDOT) announced on Friday they would not clear the debris based on avalanche danger in the Gorge, and the situation would be reassessed on Monday, March 13, 2017.

State Route 20 is closed at milepost 120, in the town of Newhalem, to the west of the slide and 134 to the east of the slide.  There are a total of 88 people behind the slide in the town of Diablo (15), at the North Cascades Environmental Learning Center (17 staff, 53 students) and Ross Lake Resort (3). All occupants have basic needs such as food, shelter, and basic safety supplies.  At the time of the slide, North Cascades Institute was hosting a three-day field trip from Henry M. Jackson High School in Mill Creek with 53 students. The group was scheduled to depart the Environmental Learning Center on Friday.  North Cascade National Park Service Complex (NOCA) rangers worked with contacts on the far side of the slide to determine immediate needs.  Everyone was found to be in good condition, but several people required daily medication. After consulting with the students’ families and their doctors, it was determined additional medications would be needed by Monday.  Because of the unstable weather pattern and the uncertainty of the road opening, NPS Rangers determined it was necessary to bring medications in when conditions allowed.

Weather conditions, including rain and low cloud ceiling, created very poor conditions for flying.  NPS Rangers consulted with the National Weather Service and the Northwest Avalanche Center and determined weather and avalanche danger were not likely to improve by Monday.  After talking with regional aviation resources, and considering the low clouds and deteriorating weather over the next several days, it was determined there would be less risk and a higher likelihood of success through transportation of the medication by foot before the weather deteriorated further. Late Saturday morning rangers and a local deputy successfully transported the medications to Diablo fire personnel, who brought the medications the rest of the way to the ELC.

At this time, there are no significant concerns for the staff and students behind the slide. The NPS will continue to work with local resources to evaluate the urgency of the incident and will respond to needs if they arise. WSDOT will evaluate avalanche conditions and potential road opening on Monday, March 13, 2017. 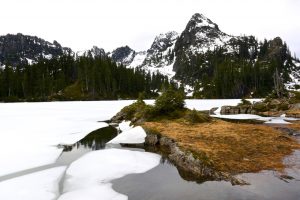 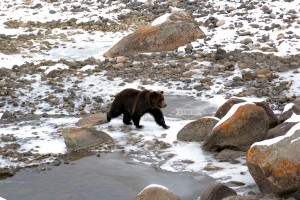