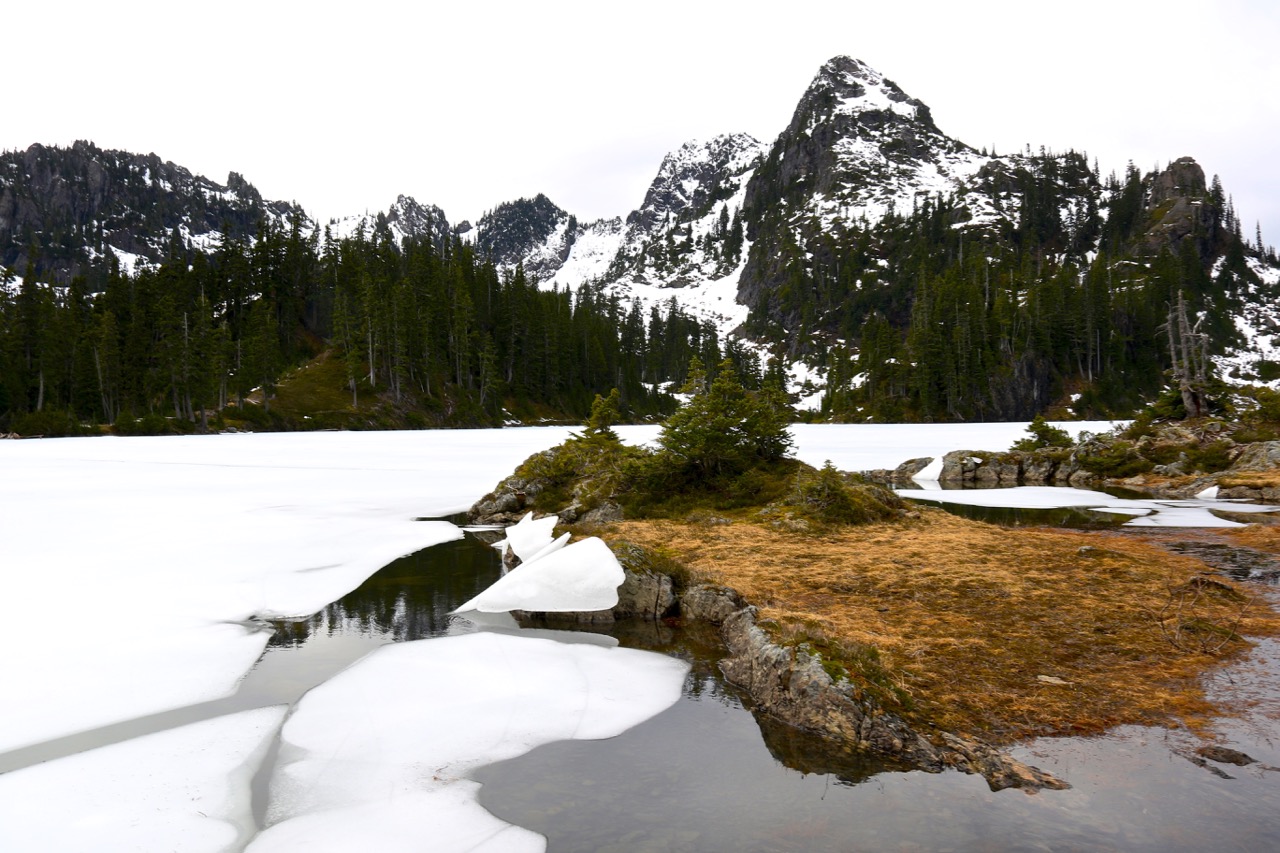 Along the eastern slopes of Olympic National Park, high above the fjord-filled wonderland of Hood Canal, a shimmering and shining lake thaws underneath two majestic peaks. Like a miniature Glacier National Park, this remote, oft-overlooked wilderness playground needs to be your late-spring adventure destination. Once the snow starts to melt for good and the creeks become passable after the spring floods, head to Upper Lena Lake in the Hamma Hamma region for insanely gorgeous views, incredible camping and endless exploration.

Upper Lena Lake doesn’t nearly get the love it deserves. High above Lower Lena Lake, its more popular sibling, Upper Lena Lake is a perfect example of why you need to explore a bit further than the popular trails on the Olympic Peninsula. Upper Lena Lake sits shimmering and sparkling with Mount Bretherton and Mount Lena reflecting off its calm, placid waters. After a beast of a hike, the lake becomes an oasis of beauty over half a mile above the Hamma Hamma River below. Gaining nearly 5,000 feet from the parking lot, 7.3 miles away, Upper Lena Lake is truly one of the more fun hikes in Olympic National Park. Starting in Olympic National Forest and crossing into the National Park by foot, the trail is a bit difficult, but the reward is worth every drop of sweat.

While gorgeous year round, the area transforms into a spring wonderland. As the winter’s snow starts to melt off the lake, revealing chunks of frozen ice, slowing breaking up from their months of attachment. Along the shores, the muddy banks show the first bloom of plants, letting us know that spring is just around the corner. In the shadow of Mount Bretherton and Mount Lena, Upper Lena Lake is a high alpine gem, bringing to mind a few views reminiscent of Glacier National Park. In the spring months, once this trail is accessible to the average hiker, few places in Olympic inspire like Upper Lena Lake.

Usually around April or May, the weather has changed enough to allow for the spring thaw to occur. During this time, there is a window of opportunity to see the huge chunks of ice on the lake, cracked and shattered. While not ideal for the average hiker, those looking for a truly unique experience in Olympic National Park will love the journey and the destination of the thawing Upper Lena Lake.

If the sun is out and it feels warm, you might even be tempted to find a place to take a dip in the cool waters from melting snows while enjoying the views of this peaceful area. While taking a dip might sound insane, there is one thing you must do while you are at Upper Lena Lake. Once you are at the lake and rested, I recommend following the trail to the right and circumnavigating the lake. It might seem tiring since you have hiked and climbed all the way up here, but there are few ways to fully appreciate a lake than seeing it from every possible angle. Plus, you’ll get to enjoy a few secret spots and get to know the region even more. If you are in good enough shape, consider hitting the summit of Mount Lena for a breathtaking panoramic view.

The only problem with the hike up to Upper Lena Lake, aside form being a bit tired and having to wade across Lena Creek is the hike down; not because it is steep and will probably leave you a little tired, but because it means you have to retreat from your own slice of mountain paradise. There are few places in the world like Upper Lena Lake during the spring thaw, so make sure you head up there once the temperatures start to rise and the snow melts in the higher elevations. Want to know how the snowpack is? Contact me!

As always, please make sure you are courteous to other hikers and campers, as well as practicing Leave No Trace principles.

FIND A MORE TRAILS IN OLYMPIC NATIONAL PARK AND FOREST

By the Numbers: The Lack of Snowpack in the West 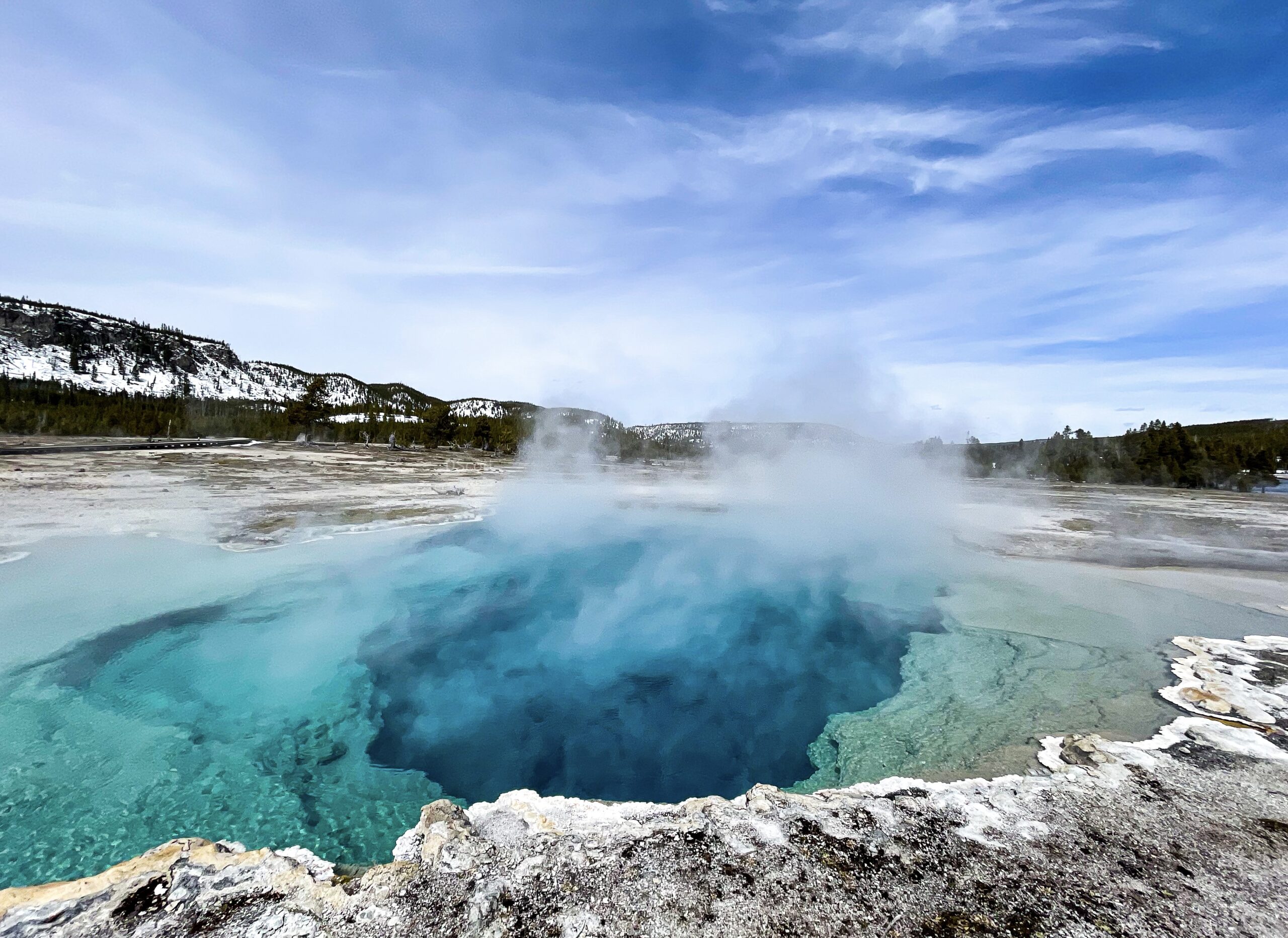