Understatement Alert: “It has been a wet November here in the Pacific Northwest.”

After last week’s storms, Western Washington is officially out of a drought, snow has returned to the mountains and the Paradise Fire in the Queets Rainforest has finally been extinguished. While winds brought down trees and knocked power out to thousands, downpours flooded river, washed away roads and even caused landslides all across Washington State. For most locals, November marked a return to normal. The cloudy days, the endless rain and the muddy trails all made us feel at home, once again comfortable being webbed-footed residents of the Pacific Northwest. Sadly, the rain and wind also caused serious damage to access points around Olympic National Park and Peninsula.

While rainfall totals are impressive in nearly every corner of Western Washington after the eight days of storms that pummeled the area, one of the most impressive regions was the Quinault Rainforest in Olympic National Park and Olympic National Forest. From November 11th through November 18th, the Prairie Creek weather station picked up 27.7 inches of rain, with the majority falling over three days.

Joe Zagrodnik, who describes himself on twitter as an “Atmospheric Science grad student at Univ. of Washington, #OLYMPEX ground crewman, forecaster, trail runner, lover of mountains,” took off on an adventure after the storm and headed up the Quinault River, toward the famous and gorgeous Enchanted Valley.

On his trek out into the pristine wilderness of one of the rainforest regions around Olympic National Park he discovered five landslide areas, taking pictures and sharing them with the world. The images were posted to his twitter page on November 22nd, 2015. The area looks to be just passed Pony Bridge, but before O’Neil Creek.

As of November 24th, 2015, Olympic National Park is currently investigating the landslides, and will be providing updates as they are able to get a  crew in and properly evaluate the situation. The trail is technically not closed to the public, but access to the region is hampered by road closures to both Graves Creek and the North Fork of the Quinault.

During a phone conversation with an Olympic National Park employee, The Outdoor Society was told that the roads, like the trails, will be investigated over the next few days and weeks, with no time frame available for opening these regions.

To discover where to go and how best to continue to experience this region, please purchase the Definitive Guidebook to Olympic National Park and Peninsula.

Want to Learn More about the Amazing Weather Program from NASA and the UW?

If you haven’t heard of the NASA/University of Washington partnership, here is a short blurb from a great article in Geekwire.

Under the leadership of NASA and the University of Washington, the months-long effort is using aerial observations as well as a bevy of radars and rain gauges to validate orbital data from the Global Precipitation Measurement satellite, also known as GPM. The $3 million campaign is the latest of several field studies aimed at making sure the satellite readings reflect ground truth.

Thanks again to Joe Zagrodnik for sharing these pictures and giving The Outdoor Society permission to use them for this post. You are awesome, man! 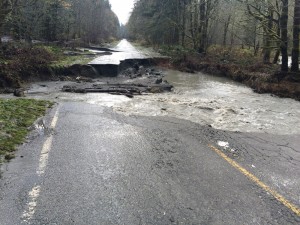 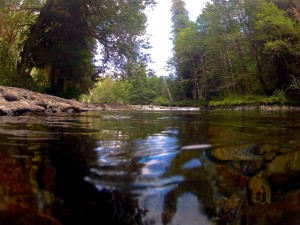