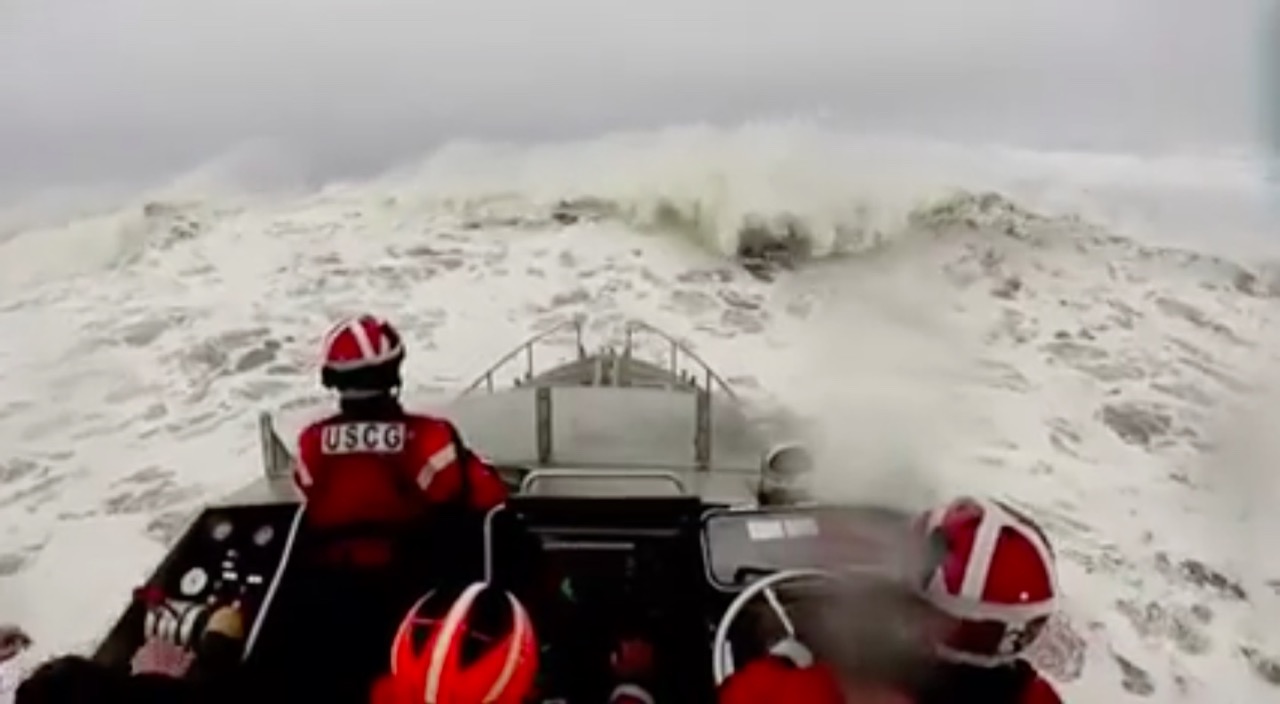 As the Pacific Northwest recovers from last weekend’s storms and prepares for more wind and rain, we thought we’d take a few minutes and review just how impressive the last week has been weather wise. Before the storm, many scoffed at Olympic National Park closing sections around the nearly one million acre park. From the mountain tops to the ocean, and everything in between, the Olympic Peninsula in particular got blasted with an incredible storm lasting about 72 hours.

The Storm Started in full force on Thursday, and continued through Saturday, dumping so much rain and snow on the Olympic Peninsula, many residents started growing gills and looking for their snow gear.

As of 2:45 on November 16th, Hurricane Ridge in Olympic National park has received 21 inches of snow. To put this in perspective, only twice during the entire winter of 2014-15 did the Ridge have more than 20 inches. For skiers and snowboarders, the new snow is good news. Last winter, the Hurricane Ridge Ski and Snowboard Area didn’t receive the 26 inches of snow it requires as a base to operate. So far, this winter looks like we might finally be able to hit the slopes and enjoy the powder at one of only three Ski and Snowboard areas in our National Park Service.

In the lower sections of the park, snow was easily seen, covering the road to Sol Duc, and providing a beautiful dusting on the mountains around Lake Crescent. Terresa Taylor, friend of Outdoor Society and badass Olympic Peninsula hiker shares her experiences out in the snow with us.

The best time I had in the elements was after checking out the silvery Lake Crescent snowline. I had a thrilling drive over Lake Dawn road in a good 6+ inches of wet snow in places-and even drove over a few 6 inch/diameter trees that fell from the storm. Once I got to the Lake Angeles/Heather Park trail parking lot, it was already filled with hopeful snow enthusiasts hoping for their piece of some fresh snowfall. The delightful screams of kids could be heard from the Lake Angeles trail, so if you wanted silence, the Heather Park trail offered the wintery serenity you desired. Overall, it was the best Sunday morning coffee jaunt I’ve had in a while. I’m excited to see how many more wintery surprises are in store for the Olympics.”

In Shelton/Hoodsport, we received 6.74 during last week’s storm, For the year, the weather station at the Airport near Shelton has received 50 inches, just half of the yearly average of 100 inches.

Out in Grays Harbor, Hoquaim got 6.05 last week. For the year, the town has 45.37 inches of rain, over two feet below the annual average of 70 inches.

For those interested in Forks, Wa, they received 6.79 last week and have 74 inches so far this year.  Like Hoquiam, they are two feet below their annual average of 99 inches.

Finally, toward the rain shadow, the popular town of Port Angeles got dumped on last week, getting 6.51 inches.  For the year, PA is at 30 inches, already above their annual average of 26 inches.

While flooding did occur, two Olympic Peninsula locations stood while overflowing their banks. Up north, the newly freed Elwha River is adjusting to its post-dam life. Widely swinging from side to side, several feet of mud and debris were picked up and strewn about the Elwha Campground. The area is closed, and will be for quite some time until this region is cleaned.

Down along the Hood Canal, the annual road crossing by salmon occurred along the South Fork of the Skokomish River. The event was witnessed in person by numerous onlookers, with videos and pictures posted all around the internet. Special thanks goes to George Stenberg Photography, who shared the great picture.

Out on the coast, huge swells met high tide, causing lowland flooding and driftwood being tossed around like toothpicks. In Ocean Shores, waves crashed over the jetty to the delight of photographers. Out in LaPush, the US Coast Guard took the time to practice their rescue skills in bad weather, posting an amazing video to their Facebook page. The header image is a screen shot from the video.

While looking back is fun, as I am posting this, we are anticipating another strong storm slamming into the Olympics. With gusts of wind slated to be over 75 miles an hour on the coast, and over 5+ inches of rain expected in the lowlands around the Olympic Peninsula, we are in for yet another round of intense fall weather. Read the full forecast here.

We will update this section once the second half of the storm rolls through. Until then, buckle up. 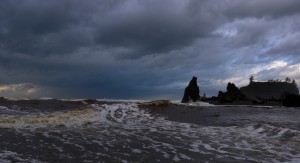 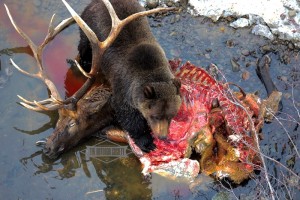 Next post Life and Death in Yellowstone National Park