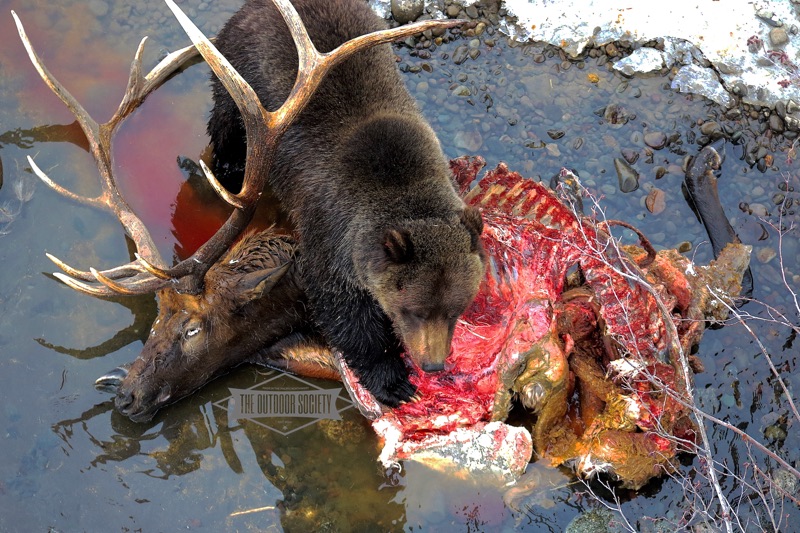 In 2015, four million visitors flocked to Yellowstone National Park. They took a road trip to the park because the name “Yellowstone” has become more that just a section of land set aside by the government. It has become an icon of nature, a symbol of wonder, wilderness, and one of the crown jewels of the National Park System.

Those who visited Yellowstone this year were concerned with finding camping, lodging and someplace to eat. They were asking questions to rangers, hiking around geysers and watching herds of bison. Some got too close, but most obeyed the rules. During the day, the park would buzz with activity, the few roads spread across the 2.2 million acre park becoming steady streams of metal. Carloads of visitors, falling in love with the park, drove to and fro, discovering iconic destinations, breathing quickly with excitement and lack of elevation. Traffic delays emerged as bison herds crossed the road, while tempers flared by frustrated parents as they circled the parking lot at Old Faithful in the heat. Bear jams tested the nerves of rangers, as wide-eyed families gazed at the massive beasts just feet from their windows. In 2015, over four million visitors visited America’s Original National Park, each wishing they could have spent more time.

For most, Yellowstone is seen from a car window, or along well-maintained trails hiked during sunny days. It is seen over the course of a day or seven, a vacation destination that quickly becomes a fond memory. Yellowstone becomes the destination for daydreamers in stuffy cubicles; drifting away and wishing they could live forever in this big sky country.

Once the glory days of late spring and summer quickly fade away, Yellowstone undergoes a shift in mindset and weather. What most visitors experience as a friendly, mostly calm park, aside from the occassional traffic jam and crowds at the  geysers, becomes frantic and cold for the remaining inhabitants. The first snow marks a change in Yellowstone. It marks the start of fall, and more importantly, the need to prepare for winter. Bison, Big Horn Sheep and Elk enter their ruts, with males battling, bugling and head butting each other for dominance and the selection of the best ladies.  The weak and wounded retreat, wandering the valleys and mountains in search of food and safety from predators. Most are lucky, and avoid death from the elements and the wolves…others are not.

Though most like to pretend it doesn’t exist, death is part of Yellowstone. Each night, animals are chased down and killed throughout the park, helping bring life and strength to the ecosystem. Animals that are weak and diseased are taken out of the gene pool, victims of not being the strongest or the fittest. Their death brings life to the entire park, from the wolves which hunted them to the health of beavers, fish and the rivers. Death isn’t just part of Yellowstone, death is Yellowstone.

In early November of 2015, the cameras of The Outdoor Society took a vacation to Yellowstone in hopes to experience the shoulder season in the National Park. While only in Yellowstone for a few days, our lenses captured the story of life, death and survival in America’s First National Park.

!! All Images are property of The Outdoor Society and may not be reused without permission. Please contact me through this site or on Twitter for questions, media use,  prints or use of originals !!

As dawn broke over Yellowstone National Park.  The car was loaded up,  passing under the famous arch, heading to the Lamar Valley. Lamar is where the action is during the off-season in Yellowstone, a hotbed of animal activity and your best chance to spot wildlife on a snowy day. It is also the only road open to cars the entire winter, connecting the towns of Silver City and Cooke City out the Northeast Gate to the rest of humanity. From Gardiner, Montana to Lamar Valley, it is 71 miles of natural beauty. Weaving through the Gardiner River Valley, elk, pronghorn and big horn sheep are commonly seen.

Driving through Lamar Valley, a few cars lined the roads, stopping along pullouts and scanning for wildlife. The off-season in Yellowstone is wildly unpredictable, so few venture too far from their cars. Wolf watchers lined hillsides, scanning with spotting scopes in hope for the illusive and majestic canines. They hadn’t been spotted for weeks, but today, a pack was visible far off on a ridge. Too far for pictures, the wolves slept and napped on ridges miles away, prompting most to continue exploring the park. If you visit Yellowstone in the offseason, you will need to drive this road often to see wildlife.

Along Lamar Valley, you never know what you will see. Bear roam the hillsides, wolves scamper along ridges and in the forests, while coyotes and bison roam the plains. Birds also abound in Lamar Valley. Sandhill cranes stand tall, with turkeys, hawks and eagles seen often during the shoulder seasons. On the more wooded ends of Lamar Valley, another animal emerges. Early and late in the year, moose venture out from their secret lairs, getting together for meetings of both the mind and the body. Despite being unfazed by most predators, moose have been increasingly hard to see all around Yellowstone in recent years. They are far too big for a coyote to take down, and are rare kills for wolves due to their kicking ability and size. Like most predators, the coyote just kept on walking by, hoping for a better meal.

Elk  are also too big for a coyote to take down, but are easy targets for the wolf packs that roam Yellowstone. Most likely the vanquished and defeated victims of the rut, lone Bull Elk in Yellowstone during the shoulder season are easily seen. Losing out on the joys of having a harem, the lone males roam the region, searching for food and a safe place to sleep. The healthy elk are normally fine through the winter, with only the aging and injured getting picked off by wolves. In Lamar Valley during the fall and winter, elk herds become less easily seen, with the majority migrating elsewhere. A few elk cows and cables can be spotted, but nothing like during the spring and summer. Lamar Valley receives quite a heavy snowfall each year, which can make movement difficult for elk and heavier animals, as pictured above.

Often, the greatest moments while traveling through Yellowstone National Park happen by a happy coincidence. Stopping five minutes for a picture of an eagle on a tree might mean you miss seeing a wolf. Conversely, watching elk struggle in snow for ten minutes might mean you see a grizzly run across the road in front of you. Timing is everything in Yellowstone, and in the winter, making the drive back and forth numerous times a day is your best bet to see wildlife. This bear ran across the road and looked down. Excited, this late season grizzly ran around the side and vanished quickly down the slope toward the Lamar River.

The grizzly was in a hurry, and for good reason. Below the bridge, a coyote had made a discovery that was a game changer for the luck of this huge bear. The coyote knew what was up, and scampered away, not wanting to test its luck against this 400+ pound guy. This grizzly was determined, taking a beeline through the river toward the images below.

Below the Lamar River Bridge in Yellowstone National Park, a pack of wolves had killed this elk the night before. Twelve hours later, the wolves were long gone, resting on the hillsides above Lamar Valley. They were stuffed full, allowing the rest of the park to make use of this tasty treat. For five minutes, the bear ripped into the elk carcass, uncaring that it was being watched by a few people. Cars drove over the bridge, yet the bear kept feasting below. For those view minutes, nature took its course, unfazed by humanity. Watching in silent appreciation, the few people witnessing this event were being treated to wilderness in its most raw form. Every so often, the bear would grab the elk by the neck and ripping it apart more and more. It was searching for the richest meats, and it couldn’t be bothered. That is, until a photographer positioned themselves further down the slope to try to get get a better angle for pictures. The bear, obviously spooked, ran off, vanishing into the woods in a matter of seconds.

Within minutes, the carcass was covered by birds, hoping to fill their bellies for sustenance to survive one more day in this hostile terrain. Throughout the day, animals visited the kill, quickly grabbing a bite to eat. Cautiously looking around, dozens of animals feasted and filled themselves on this free meal. As the day was winding down, a coyote, showing the signs of severe mange, nervously approached the kill. The ill, skinny coyote inches closer, its head darting in every direction, awaiting the impending return of the larger, healthier predators. With none in earshot or sight, this mange-riddled canine, ate a fantastic meal. Chances are, this coyote will soon be dead, yet another life taken for the strength of the park. The elk paid the ultimate price. In return, this once majestic bull gave life to sustain wolves, bears, coyotes, magpies and raven…its life helped save the Yellowstone we all know and love. 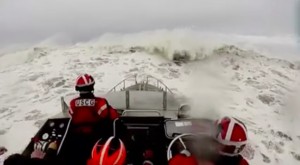 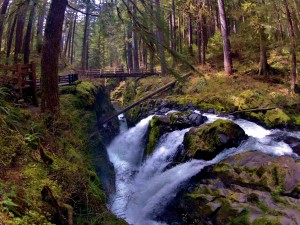 Next post Mount Rainier and Olympic National Park Will be Free on Black Friday!