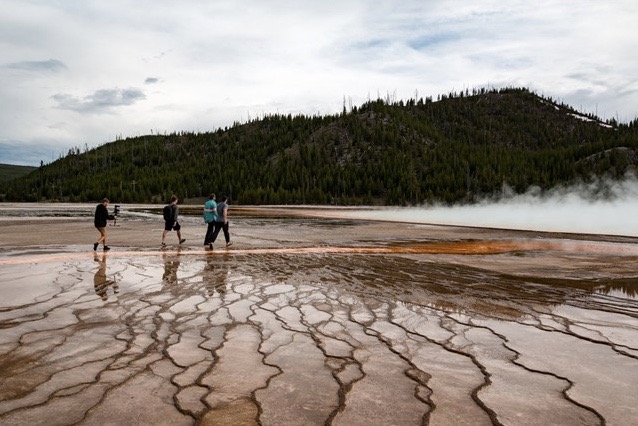 You might remember a story this summer about five bros from Canada who decided to disregard National Park laws, common sense and Leave No Trace Principles to bro out in America’s National Park. From Flying drones in wilderness regions and protected areas, to leaving the boardwalk at Yellowstone’s Grand Prismatic Hot Springs and numerous acts in-between, the five guys from the great white north angered nature lovers from around the world. With a blatant disregard for not only their general well-being, but also for rules and regulations, the guys from “High on Life” started a discussion about what it means to be proper stewards in our public lands. On November 1st, 2016, two of the five plead guilt to charges from the National Park Service.

While three of the accused (they were caught on video and even documented their rule breaking for their Youtube channel) have plead not guilty, two of them owned up to their mistakes and were handed huge fines and probation for five years, which includes being banned from public lands managed by the U.S. Department of Interior, U.S. Department of Agriculture, and the U.S. Army Corps of Engineers. While many across Instagram defended the High on Life group, I am pleased to see that at least a few of them understand their actions come with consequences. Hopefully, the other three will get the charges they deserve and will become better stewards of the land because of it.

I could editorialize about this for days, but in the end, it appears as if the justice system is working and behavior life this is getting punished. Again, while we could chastise these individuals for their actions, the justice system is working on them and we should all hope they become better people because of the consequences they face. While $8,000 is still to small of a fine, in my opinion, hopefully it helps stop others from being assholes in nature. Wilderness is wild, you are not.

The Full Press Release From Yellowstone National Park can be read below:

he group, consisting of Charles Ryker Gamble, Alexey Andriyovych Lyakh, Justis Cooper Price Brown, Parker Heuser, and Hamish McNab Campbell Cross, were the subject of multiple investigations by the National Park Service and the Bureau of Land Management. H. Cross pleaded guilty to charges in Yellowstone National Park that included disorderly conduct by creating a hazardous condition and foot travel in a thermal area. He agreed to pay over $8,000.00 in fines, restitution, community service payments paid to Yellowstone Forever, and fees.

P. Heuser pleaded guilty to two violations in Death Valley National Park that included riding a bike in wilderness and commercial photographs without a permit. He will also pay for collateral fines that stemmed from violations at the Bonneville Salt Flats (BLM). He agreed to pay more than $1,000.00 in fines and fees. P. Heuser was not charged any violations in Yellowstone National Park. Both individuals will be on probation for five years which includes being banned from public lands managed by the U.S. Department of Interior, U.S. Department of Agriculture, and the U.S. Army Corps of Engineers.

On May 16, 2016, a concerned citizen contacted park rangers in Yellowstone National Park, after seeing four individuals walking on Grand Prismatic Spring. During the course of the investigation, park rangers identified the four individuals involved in the violations in Yellowstone National Park and arrest warrants were issued. Through the use of social media and tips from the public, additional investigations were conducted about the group’s activities on other federal lands. The High on Life group was issued violation notices from:

“The judge’s decision today sends a very clear message about thermal feature protection and safety,” said Yellowstone National Park Superintendent Dan Wenk. “Hamish Cross’s egregious actions damaged a world-class hot spring and risked his own life coupled with the lives of responding rangers. We look forward to the outcome of the case regarding the three remaining defendants.”

Harm can be done by walking on bacterial mats that surround thermal features like Grand Prismatic Spring. The colorful mats contain communities of thermophiles, or heat-loving organisms. Walking on the mats damages the microscopic communities and the footprints left behind impact the visual landscape people expect in Yellowstone. Scalding water also underlies much of the thin, breakable crust around hot springs like Grand Prismatic Spring. Many hot springs are near or above the boiling point and can cause severe or fatal burns. More people have been injured or killed in hot springs than any other natural feature in Yellowstone. For example, a fatality occurred in June, 2016, at the Norris Geyser Basin when a man walked off the designated boardwalk, slipped, and fell into a hot spring.

Take the Yellowstone Pledge. Protect your park and protect yourselves by staying on the boardwalks. If you witness resource violations, call 911 or contact a park ranger. 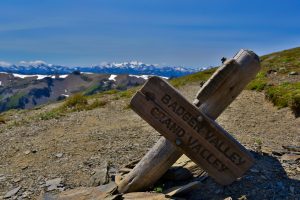 Next post The Silence of the Outdoor Experts: 2016 Election