HomeDestinationNewsFire Reported at the Vance Creek Bridge in Mason County 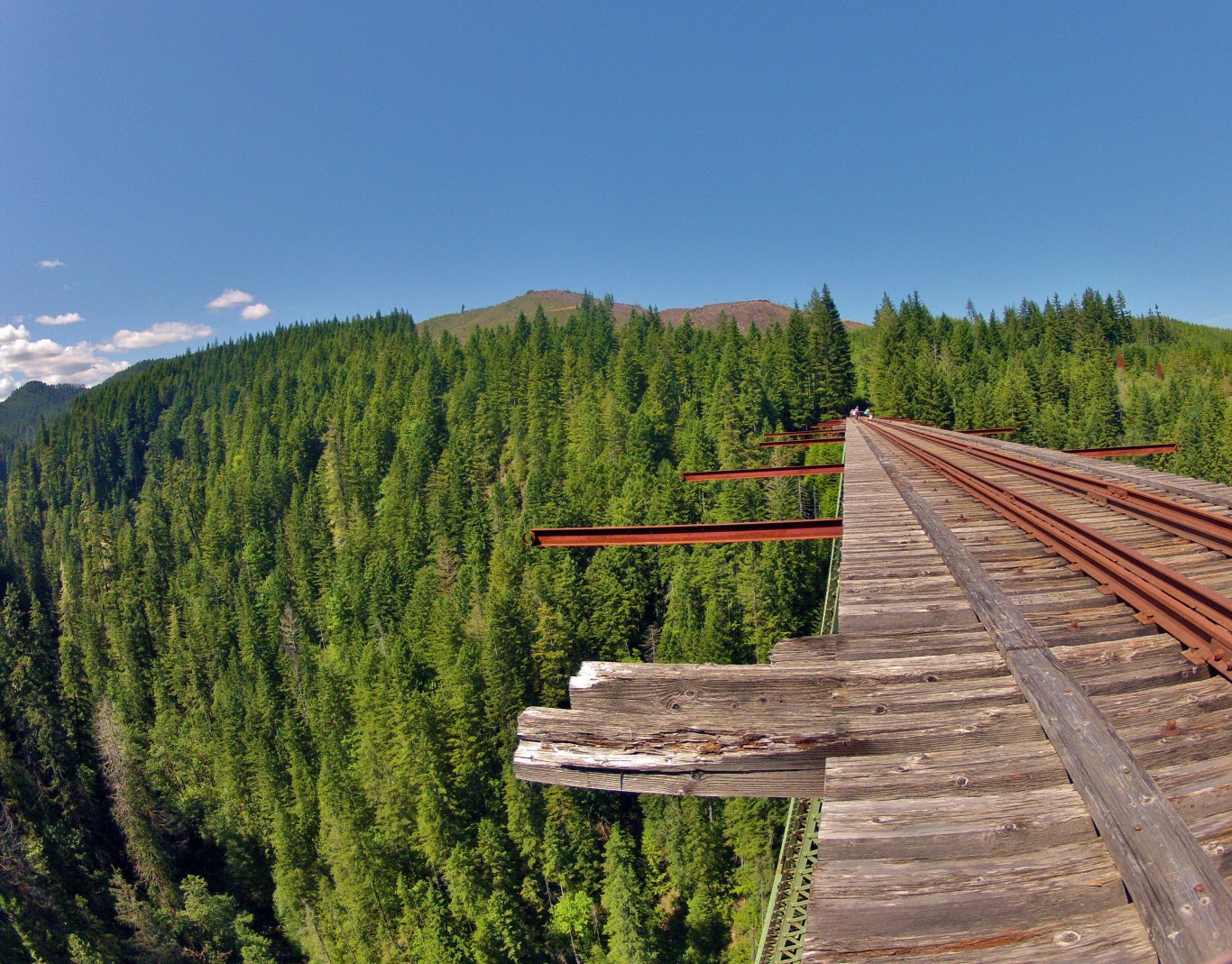 The Outdoor Society has received unconfirmed reports that a fire is burning on the bottom of the trestle of the Vance Creek Bridge in Mason County, Washington. According to numerous social media reports we have been directed to, as well as a source we have in the area, a fire is burning under the famous bridge’s trestle, presumably started by trespasser in the region celebrating America’s birthday. Early reports are saying that the fire is two acres in size and the bridge is still standing.

Fireworks are the leading theory for the cause of the fire, currently burning in an area where firefighters can only use helicopters to try and douse the flames.  Those in the area reported smelling the burning of the railroad ties on the bridge, as well as seeing smoke rising from nearby vantage points. Calls to the land owner and fire department have not been returned, but we expect to only hear confirmation. We will continue to monitor this story as we can and report what we hear.

The fire is yet to be officially reported, but images from a Facebook user show that the fire is pretty serious:

The Vance Creek Bridge is located in southeast corner of the Olympic Peninsula, less than a two hour drive from downtown Seattle. Spanning 422 feet across and towering 347 feet above the creek below, the bridge was originally built in 1929. The Vance Creek Bridge helped timber companies gain access to some of the best logging on the Olympic Peninsula The pristine forests on the steep hillsides of the Olympic Mountains were out of touch until  the railroad and bridge help loggers and timber companies expand their domain. Once the logging industry started declining in the 1970’s, the bridge was abandoned and mostly forgotten about until 2012, when social media started to rekindle the love for the region. What was once a place of local pride quickly became a tourist destination for people from around North America. In 2014, the land owner requested extended patrols in the area, leading to hundreds of trespassing tickets to the crowds flocking to the region, as I reported here.

While the area is “closed,” hundreds of Instagramers and lovers of incredible destination made their way to the bridge to see it with their own eyes. While some got tickets, a quick search on any social media channel with the term “Vance Creek” will show you that the fear of a ticket was minimal compared with the views of the bridge. Many will argue that the landowners should sell their land to the Forest Service or the State so the bridge could be fixed up enough to be “safe” for tourists. Now, with a fire burning close to or on this historic structure, the argument is put on hold. Tonight, we wait to hear what is next for this iconic and forbidden bridge in the Olympic foothills.

Again, we will continue to monitor this story as best we can.

As of 9pm on July 6th, the fire is not officially burning on the bridge. Everything we are reporting is coming from sources that have no reason to fabricate a story. Numerous fires have burnt on and near the bridge in the past, usually from negligence from trespassers. Until we get official confirmation, remember to be a good steward of the land and leave places better than how you found it. It only takes one asshat with a match to destroy something incredible. 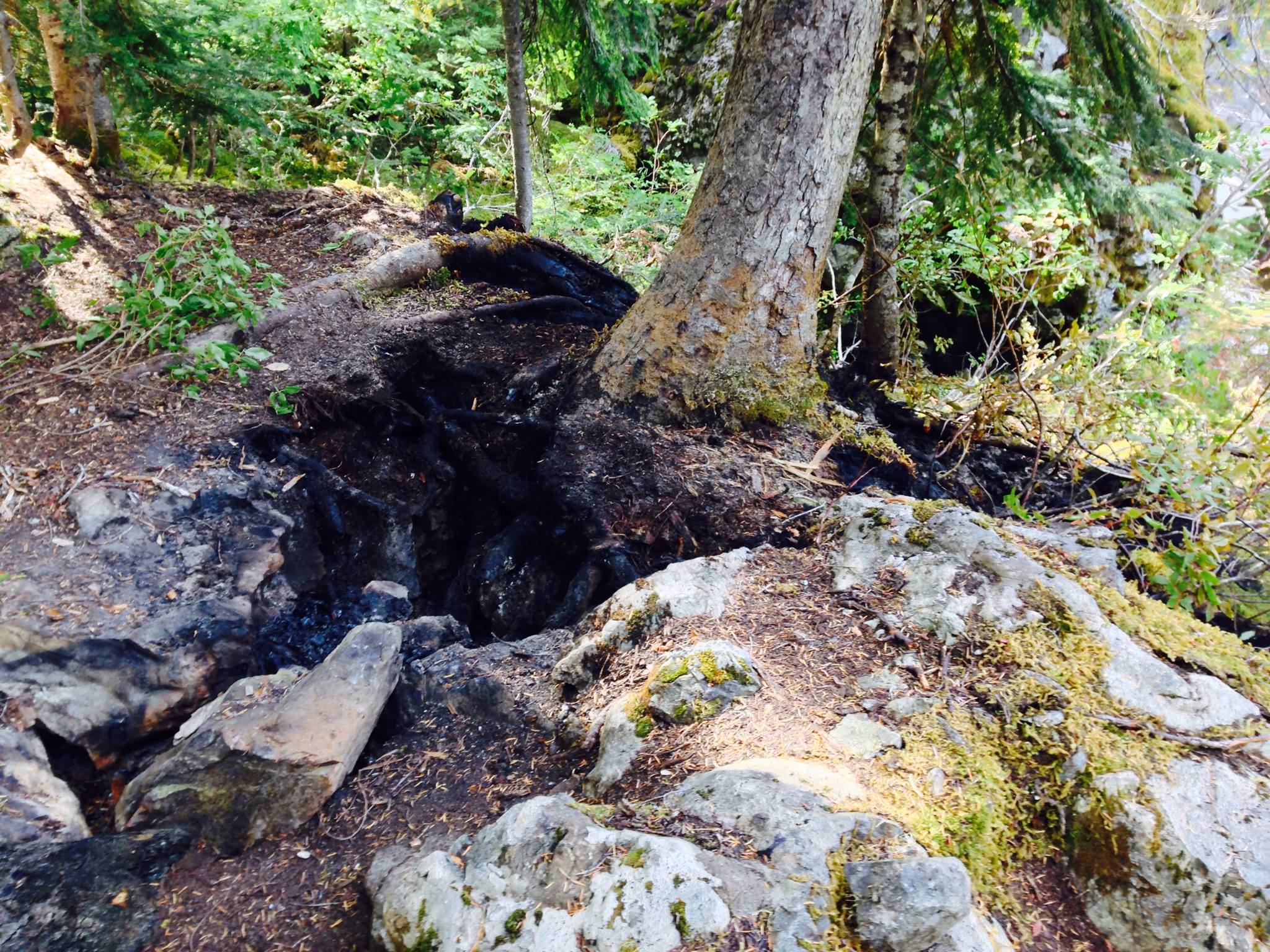 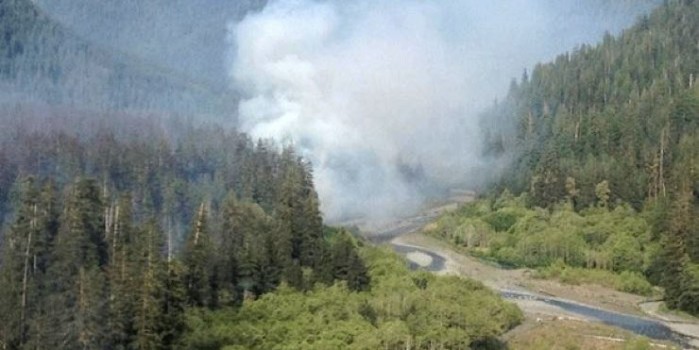