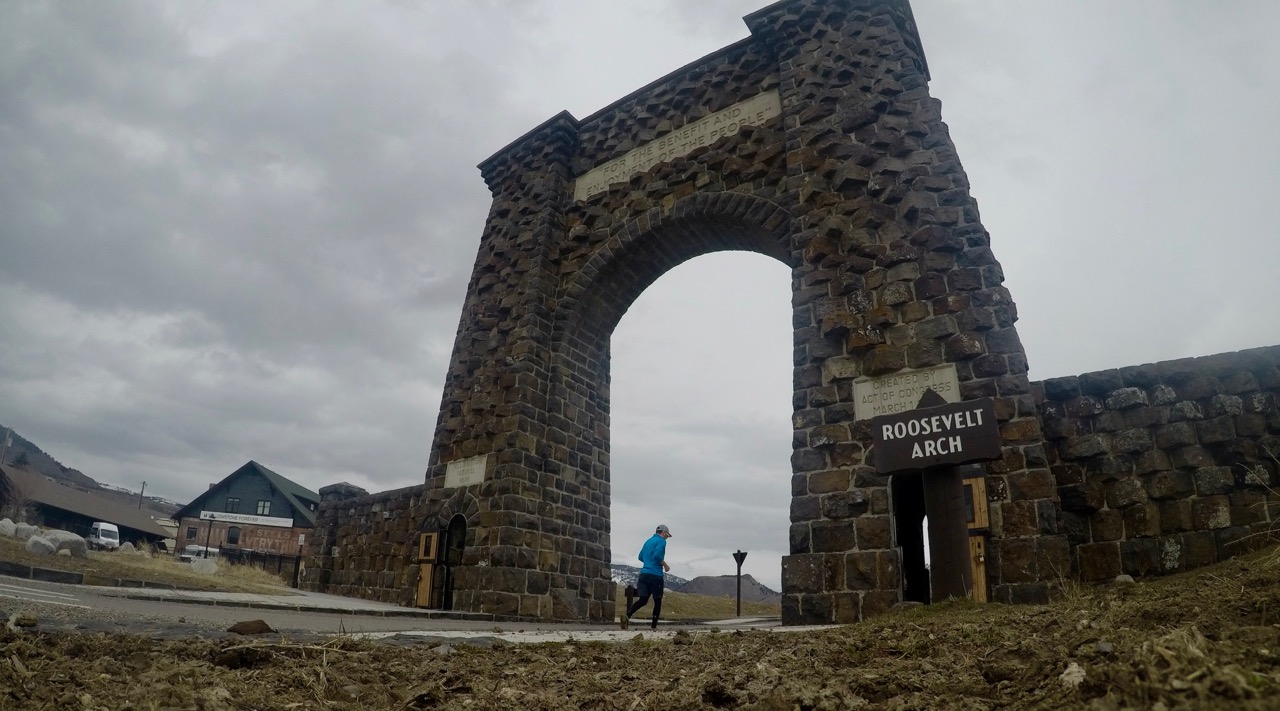 The entrances to National Parks are like gateways to another world, granting access to breathtaking landscapes that are mostly untouched by human interference. The provide entry to lands full of wondrous wilderness and wildlife, where adventures await all who are fortunate enough to enter.  While there are no bad entrances to National Parks, each of us has a favorite, one that speaks directly to our soul. Sparking our sense of adventure and increasing our love for public lands, these entrances are special, and are filled with amazing memories.

I was recently asked what my favorite National Park entrance was, and for awhile, I pretended like I didn’t know. I tried to justify writing about entering a National Park by foot, its boundary marked by a rustic sign in the middle of nowhere. I recalled the stunning station at Arches National Park where sandstones cliffs rise straight up. I remembered the breathtaking landscape that unfolds before your eyes as you drive into the Badlands. I longed to once again gaze at the Tetons, Glacier and Rainier. Despite my yearnings to romanticize any of the dozens of National Park entrances I have experienced, only one can truly be my favorite- the Roosevelt Arch at Yellowstone National Park.

I first passed under the iconic arch when I was 10, during my second trip to America’s National Park. My previous trip to Yellowstone had the family road trip arriving and leaving from West Yellowstone, a forgettable wooden structure surrounded by trees. However, my second trip into the unworldly awesomeness of Yellowstone had us driving through the stunning Paradise Valley, before reaching the small gateway town of Gardiner, Montana. Located along the Yellowstone River, Gardiner is what you’d expect from a small town located next to a National Park. Hotels, restaurants, gift shops and adventure stores line the main street, passing over the river before showing off the first glimpse of the National Park. As deer, elk, antelope and bison roam the prairie, a stone structure rises from the grasslands, beckoning all who gaze in its direction.

The structure is the Roosevelt Arch, quite possibly one of the most iconic and picturesque entrance stations to any of the 60 National Parks spread throughout the nation. Built in 1903, with the cornerstone laid by President Theodore Roosevelt. Costing just $10,000, or roughly $300,000 today, the arch was finished in six months and served as the first major entrance to Yellowstone National Park. The top of the arch is inscribed with the words “For the Benefit and Enjoyment of the People,” which is wording from the Organic Act of 1872. Since completion in 1903, the arch has seen tens of millions of visitors passing under it, many of which consider it to be their favorite National Park entrance. So what makes it so special to me?

I have passed under the Roosevelt Arch countless times. From my first time seeing the iconic structure in 1991 to driving under it just a few weeks ago in 2018, the arch has served as the catalyst for my Yellowstone Adventures. I have woken up early to watch the rising sun shine through its opening, stayed late into the night to watch the stars rotate above the bricks, passed through it on sad days, and watched it in my rearview mirror as I leave the park. I have hundreds of memories at the arch, but two stand out to me more than any others. These two experiences helped cement it as my favorite, and forever forged a bond between me and a perfectly designed pile of bricks.

In 2002, I was lost. I was three years into college and had no idea what I wanted to do with my life. I was depressed, drinking too much and slowly losing touch with anyone and everything I cared about. Years of apprehension and anxiety plagued every decision I made and after spring semester ended, I had made up my mind that unless something changed soon, I would drop out of college. I went online, applied for a job at a ranch just south of Yellowstone, unsure of my future. I decided to enter the park the only way I felt comfortable, driving under the arch. At the Arch, I stopped, gazing through it toward the park. I knew my life would forever change once I passed under the iconic words. I hesitated, apprehensive to start the journey, but after a moment, I continued on. Knowing that what lay ahead would make me a better person. It was that summer, at the ranch between the Tetons and Yellowstone, where I recognized my desire to help others fall in love with public lands.

Fifteen years later, I would return to the Arch, struggling with a similar conundrum. I had spent the better part of a decade working in politics, growing increasingly bitter and unhappy with each election cycle. Once again, I decided to bail on my responsibilities and return to the park that captivated me during my adolescence. This time, instead of working in the park or driving around for the summer, I decided I would run the park’s roads on foot, seeing the landscape I knew so well in a completely different way. On my very first run, I decided that I would pass under the arch, running a loop from Mammoth, five miles away, to the Arch and back along the old Stagecoach Road. On most runs, I am emotionless, plodding along and taking in the sights, sounds and smells. Yet, on this run, I was brought to tears as I passed under the century old bricks, every memory I had at this place flooding back to me with each step.

On this run, the weight of the words weighed on me. Here I was, lost, but finding myself, for both my benefit and enjoyment. I was embarking on a running adventure that no one else had ever accomplished, inspired by the legacy and history of the first National Park. I paused. I collected myself. I started running again and never looked back, finally understanding that Yellowstone and I are forever linked.

Over the next year, I have seen the arch from the region’s mountain tops, barely visible through blizzards, simmering in heat waves, surrounded by bison and elk,  and while stuck in eclipse traffic. I love all my National park entrances, but this is my favorite, the one that holds the most meaning. Each time I see it, despite passing through it hundreds of times, I smile, knowing that the Roosevelt Arch and I are cemented together like the bricks first laid down by Theodore Roosevelt. 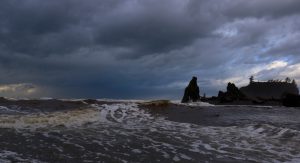 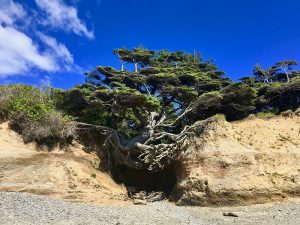