Tucked away in the upper left corner of the contiguous United States, Olympic National Park is one of America’s most popular wilderness destinations. Best known for stunning coastlines, dense rainforests, salmon filled rivers and glaciated summits, the region has brought Nirvana to life twice and forever changed how we view wilderness in America’s public lands.  Consistently ranked in the top 10 most-visted National Parks, Olympic has inspired generations to explore this mind-blowlingly stunning part of the world. In 2015 Olympic National Park continued to be one of most-visited Parks, drawing over three million visitors in the wild 12 months. During the year, Olympic saw everything from severe drought burning the rainforest to death in a hot springs. In 2015, Olympic had washouts, wind storms, a winter of no snow and a winter of amazing snow. The exact number of visits to Olympic National in 2015 was 3,262,719, according to park statistics obtained by The Outdoor Society.

Three million people experienced the rainforest, the coast, the rivers and the mountains, giving Olympic it’s 10th best year and placing it as the 7th most-visited National Park for the year. Olympic’s year was a good one, seeing an increase of popularity for many locations. Most areas saw an boost to backcountry camping, more than likely due to a summer that started early and didn’t end until October, while many lodges and campgrounds were below 2014 numbers. Storms hindered access for the last quarter of the year,  slightly impacting the local economies, but otherwise only limiting those adventurous with time off. 10th ever isn’t so bad though, and I hope you got to explore Olympic as much as I did in 2015. Listed below are facts and figures from throughout the park, hopefully helping you plan future trips, or just to nerd out over numbers like me. Enjoy.

In 2015, Lake Crescent had a solid year with over one million visits. While visitation was down from 2014, the region saw growth in both backcountry camping and campground camping. Campground use was up a staggering 60% compared with 2014, while backcountry access continued to climb, rising 6.3% from the previous year. Lodging at the gorgeous Lake Crescent Lodge was down, but trails were more crowded than ever, highlighting the region’s amazing hikes and adventures. 2016 should see continued popularity of the region, especially with the increased traffic for the views from the top of Mount Storm King.

The Hoh is America’s favorite rainforest, according to the visitation numbers of 2015. The Hoh is known for salmon, elk, dense rainforests and the access to the summit to Mount Olympus, each a reason over three hundred thousand visits were counted last year. Not too much happened out at the Hoh that impacted visitation numbers, but the elk rut did close down the campground for the month of October. Compared with 2014 camping in Olympic National Park’s Hoh rainforest dropped 25%, with 13,957 setting up their tents in the moss. The elk rut closure may have dropped the numbers for the campground, but they helped increase backcountry permits in the area by 35%. The Hoh is gorgeous year round, and while it might seem crowded in the summer, a hike out of the main area will help you find that solitude you desire.

The beaches of LaPush are some of the most-stunning and accessible sections of wilderness coast anywhere in the world, and the secret of the area is out. Gaining 34, 269 visits from 2014, the beaches of Rialto, Second and Third created adventures on sea stacks and driftwood, whale watching and shell collecting during jaw-dropping sunsets. Camping at the Mora campground was up 3.6% in 2015, while backcountry permits increased 67.1%. Don’t be surprised if this number doesn’t increase again in 2016.

Everyone love’s Kalaloch, and visitation numbers once again increased form the previous year. While more people visited the region in 2015, Olympic National Park numbers say less stayed overnight along the coastal bluffs. Camping dropped a little over 10% and backcountry permits fell 8.1%. Even lodging at the Kalaloch Lodge fell 4.4% compared with 2014. The numbers are odd, but I am sure they will balance out in 2016. Ruby Beach is blowing up in popularity, as is the Root Tree of Kalaloch is bringing more people out for Instagram pictures.

The Elwha region of Olympic has had a tough year. With washouts wiping out the road during the last quarter of the year, as well as numerous other washouts and closures impacting visitation, the region was tough for many to experience. Nearly 70,000 less people explored the Elwha in 2015, compared to 2014, and we watched as camping numbers dropped 55.1%. Luckily, the region is beautiful enough it continued to draw people into the backcountry. In 2015, the park issued  5,949 backcountry permits, up a whopping 40.6% from 2014. I suspect that if the weather is good again in 2016, we will see the backcountry getting more popular. If the road gets fixed, we should also see the region bounce back extremely strong.

Hurricane Ridge is one of the crown jewels of Olympic National Park, and for many, their only taste of the Olympic Mountains. In 2015, over 25,000 more people saw the ridge, compared to 2014. Hurricane Ridge visitors had a great year, gaining early access to all regions, as well as having a great snowfall to end the year. Camping in the region wasn’t as popular, dropping 33.7% at standard campsites. Nobody wanted to stay confined to a small campground, and visitors headed out into the backcountry and impressive numbers. Up 63% from 2014, Hurricane Ridge issued 14,427 backcountry permits. Depending on the weather, Hurricane Ridge could see an amazing 2016. If the snow melts out early, expect this year to be even more popular.

The Hood Canal region of Olympic National Park is one of the less-explored regions of the park, but it is gaining in popularity- much to the chagrin of locals. You see, the Hood Canal region of Olympic is home to rugged and beautiful mountains, incredible river valleys, old growth forests and stunning lakes and waterfalls. It has kayaking, hiking, climbing, fishing and backpacking and is the place I call home. In 2015, Staircase and the Hoodsport region of Olympic National Park saw 14,000 more visitors heading to remote locations. The popularity seems to be only with day visitors though, as both camping and backcountry permit numbers dropped. Camping was down 13%, while backcountry permits plummeted 70% from 2014.

The coast of Olympic National Park is remote, stunning and always beautiful. Rain or shine, a trip to the wilderness coast is something your soul needs, encouraging imagination and sense of wonder with every step. The Ozette region of Olympic includes the amazingly popular beaches of Ozette, Shi Shi and Point of the Arches. This is where you go if you want true wilderness coastal experiences, and in 2015, a lot of people did just that. The area had 20,000 more visits in 2015 with the majority of visitors either staying just a day, or staying a few nights along the Pacific coast. Campgrounds in the region saw a 16.3% drop in use, while backcountry permits shot up 33.2% compared to 2014. People loved camping on the coast, and it got no better than the Ozette region in 2015.

The Quinault is the middle child of the rainforest of Olympic National Park. Not as popular as the Hoh, but not as remote as the Queets, the Quinault sits, waiting for adventure. Popular with backpackers and visitors looking for dirt roads and primitive campgrounds, the Quinault area is stunning and always worth the extra few miles. While the region does include the Queets, 2015 statistics for that area were minimal at best, due to the forest fire closing access to the Queets River backcountry. That did;t stop people from going south to Quinault though. In 2015, the Quinault region saw an increase of over 3,000, despite a fall storm that stopped all access to the Graves Creek area. Washouts also stopped access to the North Fork for a month or so. Those closures caused a 4.1% drop in campground usage, and contributed to a 9.4% drop in backcountry permits. 2016 should help the area bounce back, if they fix the Graves Creek Road.

Don’t Plan a Trip to Olympic Without Our Guidebook!

Order the new Olympic National Park Guidebook by Author Doug Scott. At 400+ pages, with over 75 detailed trail descriptions, hundreds of images of locations, descriptions to lodges, campgrounds and dining, as well as a city guide around the Olympic Peninsula, this guidebook will lead you on the greatest adventure Olympic National Park has to offer. 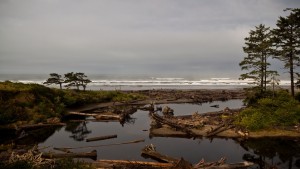 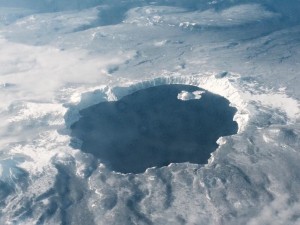