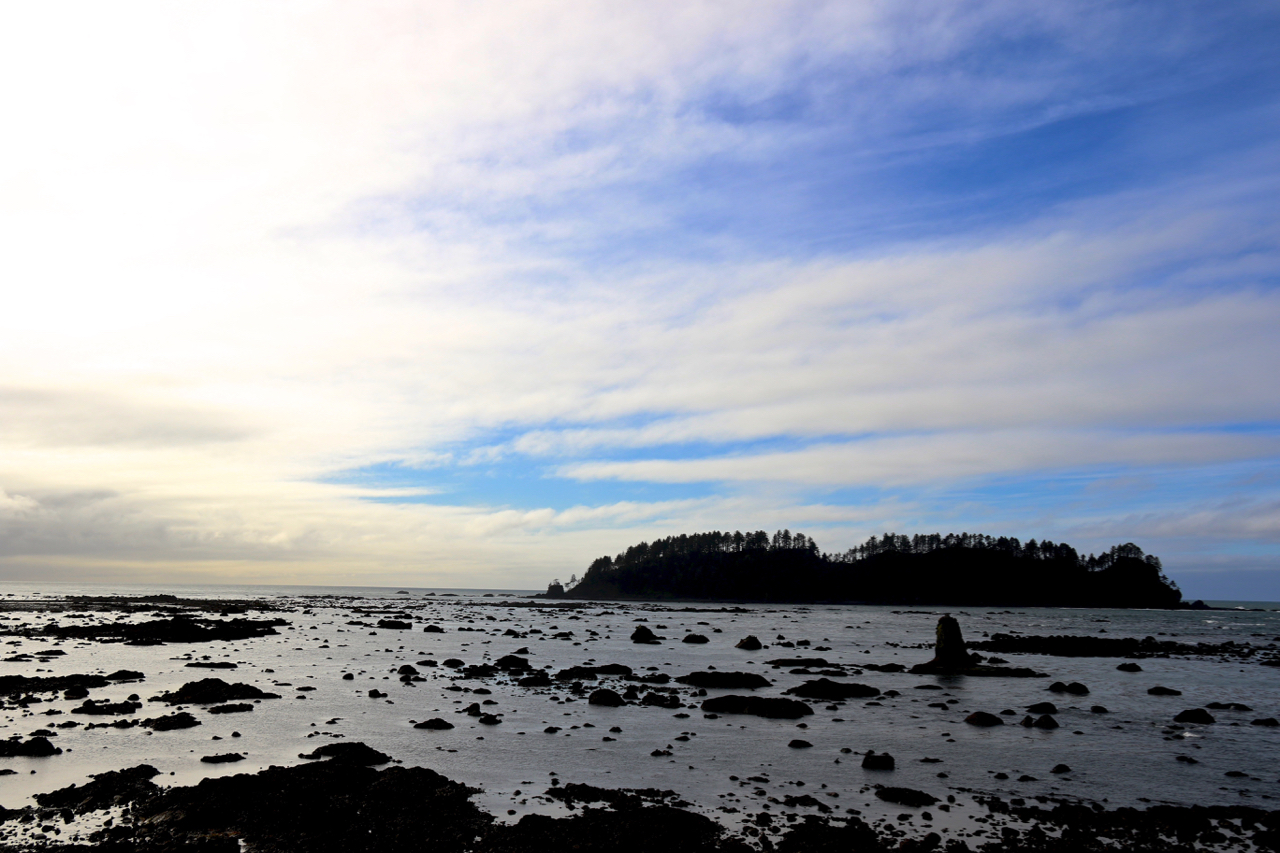 I have said it before and know I will say it again- America’s Public Lands are multi-sensory experiences.

As our eyes gaze out into the wilderness, our noses smell the scents of the terrain, while our mouths taste the pure, clean air. We wander through trails, touching the ground with our feet and occasionally reaching out to feel the bark of an ancient tree. While all of these are amazing experiences, the sounds found on our public lands are the things that I feel are most underrated and under-appreciated.

It had rained for days, but it felt like years since the last time blue sky had been seen around Olympic National Park. Winter was rumored to be winding down, but the only thing that seemed to be fading away was the patience of the locals who live around the park. Few of us ventured outside, and for those that did, we were rewarded with solitude, wilderness serenity and a soaked, but refueled soul. For months, all we heard was the wind in the trees and the steady sound of rain; not quite a deafening roar, but an ever-present white noise ruining any chance at complete silence.

One day in late February, the weather forecast called for a brief, three day respite to the annual deluge. I swear you could hear the screams of happiness around Western Washington as people heard the weather forecast. The good news came as a much needed shock and heading outside was the couldn’t-miss activity for these days. It was so needed that people I knew called in sick from work. Everyone was looking for an adventure. This prompted me to pack up my car and head to a remote corner of the Peninsula. It had been a while since I had visited the Ozette region of Olympic National Park, and the break in the weather and warm temperatures gave me the perfect excuse to go visit one of Olympic’s most famous and gorgeous coastal destinations.

Ozette is far from anywhere, making it the perfect place to go and reconnect with the true, pure and wild spirit of the Olympics. Located over 5 hours drive from Seattle, Ozette is a camping, backpacking and hiking haven during the summer months, but largely forgotten in the winter. It was the latter part that made me want to experience it after months of rain. I hadn’t visited the region for years and I was eager to see how it had fared during the abnormally wet winter. What I would find would forever be carved into my memory, thanks to beautiful sights, memorable smells and, of course, some of the most incredible sounds to ever grace my eardrums.

I arrived to Ozette Lake late in the day, just as the rain started to end. The clouds were still thick, but breaks were appearing, reflecting off of the mostly calm waters of Washington State’s third largest lake. Known to the Makah Tribe as Kahouk, meaning “large lake,” Ozette Lake had spilled over it’s banks, flooding part of the small campground along the shore. I parked as close to the lake as I could, set up my camp and enjoyed the evening, eager to start the next day’s hike. As I lay in my sleeping bag, nearly asleep, I was woken up to the sound of a creaking branch right next to my tent. Before I could even start guessing what it was, the creature that was responsible for the racket let out an unmistakable noise- the hooting of a great horned owl. For over an hour, the owl either told everything within ear shot its life story, or was telling all the other owls how lonely it was. Finally, after another owl started answering off in the distance, my loud neighbor flew away, letting me drift into a dreamland for a few hours.

Waking up at sunrise, I quickly threw all of my camping gear into my car and headed off to the trailhead a short distance away. I was still in awe of the nosies from the previous night. The day’s hike would be nine miles round trip, covering the entire route of the Ozette Triangle in a day. Typically, this hike is done as a multi-day backpacking trip, but since I had other plans the next day,  a quick trek was all I had time to do. The trail is straight forward: hike for three miles, reach the beach, hike for three miles along one of the most wild, scenic and historic stretches of coast in America, then hike three miles back, through the marshy terrain on a boardwalk, back to the car. I planned to hike to the north, then south along the coast, then back to the car on the other part of the triangle trail.

The first two miles of the hike were pretty uneventful. The slick boardwalk made me slow down from my quick pace, allowing me to enjoy the jaunt a bit more than normal. As I walked above the muddy mess below, the silence struck me. Here I was, just a short distance from the mighty Pacific Ocean and all I could hear was my breath and the sounds of my footsteps. To be honest, it was a little unnerving. At least it was until I remembered that the tide was going out and there were no storms lined up offshore.

The silence was ridiculous, and as I kept walking, I strained as hard as I could to hear the first sounds of the breaking waves. I felt like something was wrong, but kept reminding myself that it was normal. I don’t think I had ever been that eager to hear the sound of the Ocean in my life.

That moment didn’t arrive until I could nearly see the beach, just as the sun’s rays fully started to hit me. When the noise of crashing waves filled my ears, playing the unmistakable notes of the power of the Pacific, I became insanely happy. For the next few hours, all I heard was the sounds of crashing waves, screeching eagles and noisy seagulls as I wandered down the sunny beach. The cacophony of wilderness eventually blended together in harmonious bliss, settling my restlessness from winter and providing me with a soundtrack as I quenched my wanderlust.

That was what I heard and that is what you can hear if you head out to the 73 miles of wilderness coast in Olympic National Park. I could have listened to the sounds all day, especially as the sounds of the ocean became louder when the tide started to roll in. I think on the next sunny day, I might just have to head out and experience this all over again.

Who wants to join me?

This post was written for the #NatureWritingChallenge on March 8th, 2018. 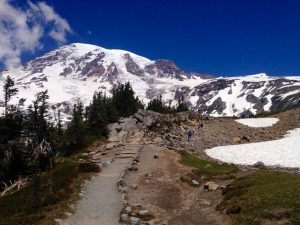 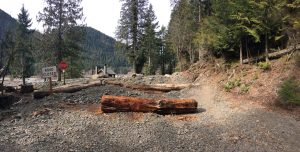 Next post When will Olympic National Park’s Staircase Road Reopen?