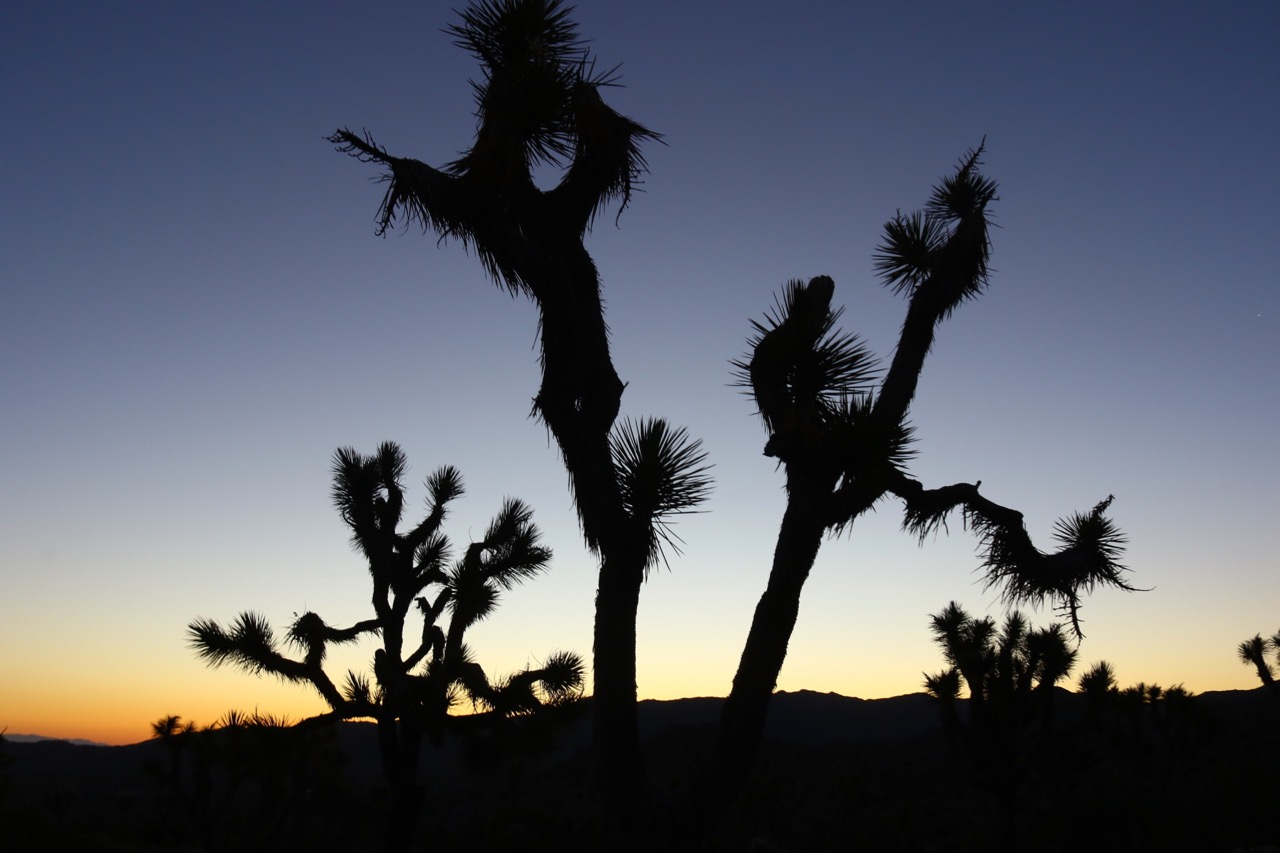 Sometimes, when in a National Park, unexpected things happen that forever change our nature-loving souls. We wander and explore, unaware that in just a few moments time, we will forge a lifelong relationship with a region that wasn’t at all planned. I refer to them as soul-soothing moments, and in 2017, I had one in Joshua Tree National Park.

The journey began with a plan to do something audaciously epic. We were on a drive from the shadow of Mount Rainier to the Grand Canyon, with hopes of running and completing the insanely gorgeous and difficult task of running From Rim to Rim to Rim in a day. My nerves were high and my level of enjoyment on the road trip was not as great as I was wanting. We were about to embark the hardest day in nature I had ever had, and I wasn’t sure how I would handle it. As we drove through the desolate California desert, admiring the weatherbeaten buildings and people, I tried my best to relax.

Every part of me wanted to go immediately to the Grand Canyon and get the run started, but our reservations along the South Rim were not for another night, so we were meandering our way to Joshua Tree and enjoying the warm sunny skies. It wasn’t even supposed to be part of our trip, but Mathias had to go. We had planned for months for the R2R2R trip, dubbed a journey to the Edge of Vastness, but decided to throw in this side trip to Joshua Tree on a whim because he loves U2 and had never seen the desert. It was a good idea.

We arrived at the Black Rock Campground at Joshua Tree in the late afternoon, leaving us plenty of time to explore and cook dinner before the heavens covered the sky from horizon to horizon. The campground was close to town and a neighborhood, but that didn’t dampen our spirits. We were guys from the Pacific Northwest, so any camping experience on the edge of desert wilderness was going to be awesome. Wandering the few trails close to the campsite, we enjoyed the sights and smells of the spring bloom before heading back for dinner.

I was still nervous, but a few beers and some delicious steak and sausage soon had me more relaxed and happy. We were in the desert and it was warm, dry and gorgeous. We stayed up chatting through sunset, listening to coyotes howl in the distance and taking in the ever expanding heavens above the strange-armed trees. I felt at peace, if only for a moment.

As we got ready to sleep, laying out under the stars, my nerves crept back. Everything spiraled on itself. The campground was dead silent. I could hear people hundreds of feet away, whispering in their tents. I could hear my heart rate start to increase. My breath grew faster.

I couldn’t take it.

I retreated to the Jeep, turned on a white noise app and fell asleep. The silence was not my friend that night.

The next morning, after a few good hours of sleep, I woke before sunrise, already seeing Mathias wandering around camp. I could sense that he was concerned about my well-being, but we said nothing, instead watching the sun rise through the magnificent Joshua Trees. Our plan was to jump in the Jeep and head to the Grand Canyon, but something about the rising sun had us intoxicated. We decided, with minimal words, to head into the center of Joshua Tree for just a few minutes, timeline be damned. It was the best decision we made that morning.

As we drove into Joshua Tree along the unimaginatively named Park Boulevard, the scenic wonders immediately became more than expected. At Black Rock, Joshua Tree was pretty, but not what I would consider to be impressive. Along the main road of the park, giant boulders rose from the tree scattered sage as far as the eye could see, continually luring us deeper into the park. The plan had been to drive 10 minutes and turn around, we didn’t stop the car for at least 20. The gangly arms of the trees beckoned us inward until we reached the Quail Springs Picnic Area. Here, enormous boulders stuck out of the land on either side of the road, while thousands of Joshua Trees were scattered in all directions.

Without delay, we jumped out of the Jeep, ran across the road and walked, near hypnotized, through blooming flowers and a few trees to the rocks. We didn’t say a word, we just started climbing to the top of the rocks to the southwest, eager to see the view.

This was one of those moments I always find words impossible to describe. As we jumped around on the rocks like young, frolicking mountain goats, we were without a care in the world. Everything in that moment was perfect. Hopping free of thought, we admired blooming flowers growing through cracks in the rock, as well as bowls dug out by lifetimes of erosion. Eventually, we reached the top the rocks and looked around.

Now, I am not one to cry at nature much, but I might have shed a tear or two at the beauty of Joshua Tree. The day before, I was a nervous wreck, but here, in the healing desert, I was happy, calm and excited for whatever was to come. That moment was purifying, temporarily healing the wounds caused from worry and doubt.

Without words, we retreated down from our happiness oasis and started heading toward the next big adventure.

As the park faded away and Bono sang to Mathias and I though the speakers, I knew I would once again need to feel transfixed by the awesome power of the Mojave Desert.

Joshua Tree had inspired me and refreshed my soul.

It became one of my happiest places.

This post was written in one hour for the #NatureWritingChallenge.

LOVE OUR PICTURES OF THE NATIONAL PARKS OF THE US?

It isn’t too late to pick up a breathtaking 2018 calendar highlighting our favorite parks!

The calendars are now on reduced price, giving you the perfect excuse to make your walls an inspiring daydream destination.