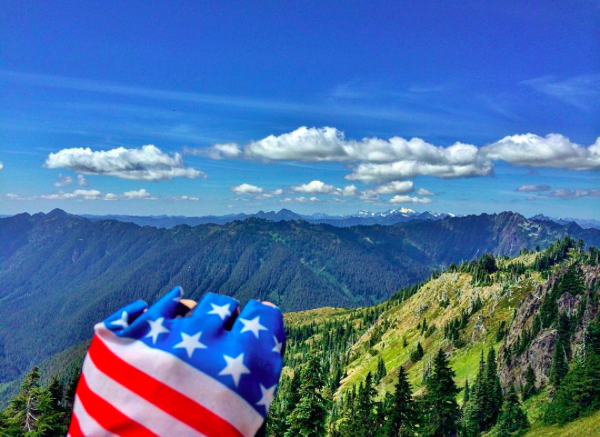 I figured it would take a few days or week. I thought that the first hundred days would be focused on issues like healthcare, immigration and trade. I didn’t think for one minute that within twelve hours of our new President swearing in on a bible, that he would come after the National Park Service. Whether you supported Trump, Hillary, Bernie, Jill or anyone else, this is an important precedent that has just been set. Our new President is restricting speech.

Update: Twitter has been restored to the National Park Service, after the NPS apologized.

We have received direction from the Department through [the Washington Support Office] that directs all [Department of Interior] bureaus to immediately cease use of government Twitter accounts until further notice.

PWR parks that use Twitter as part of their crisis communications plans need to alter their contingency plans to accommodate this requirement. Please ensure all scheduled posts are deleted and automated cross-platform social media connections to your twitter accounts are severed. The expectation is that there will be absolutely no posts to Twitter.

In summary, this Twitter stand down means we will cease use of Twitter immediately. However, there is no need to suspend or delete government accounts until directed.

This does not affect use of other approved social media platforms. We expect further guidance to come next week and we will share accordingly.

Thanks for your help!

Did you catch this part? “..all bureaus and the department have been directed by incoming administration to shut down twitter platforms immediately until further notice”

National Park’s Traveler, one of the most respected voices for reporting news on the National Park Service, reported that the Twitter closure was because “The issue behind the order was apparently an unflattering retweet the National Park Service made comparing crowds at President Obama’s 2009 inauguaration and President’s Trump’s inauguration. The photos were telling: gaps in the crowds for President’s Trump inauguration, and a National Mall practically bursting at the seams.”

Now, I know many might be thinking that a closure of a Twitter feed for a National Park is nothing to get upset about. The National Park Service Twitter feeds help give information about road closures, weather, trail conditions and numerous other important snippets of info that visitors to the NPS need to be safe and secure. Sure, sometimes the parks tweet out images of the park or historical information, but the majority of the NPS Twitter feeds are full of necessary information to the hundreds of millions of Americans who visit our parks. The Twitter feeds are irreplaceable channels for visitors to get information for their visit and now that is closed over suspected pettiness. Locally in the PNW, Mount Rainier National Park has been officially shut down. Go ahead, look at all of their biased and politically motivated Tweets. Totally justified move, President Trump.

UPDATE: Mount Rainier is allowed to continue to use Twitter for essential safety messages only, including road info. According to a NPS employee we spoke with, Emergency tweeting was reinstated for all parks this morning (January 21st 930am)

The Trump Administration is already attacking the pristine and important quality of our wilderness regions and National Parks. On the official whitehouse.gov policy page, the Trump Administration officially announced their planned attack on Public Lands. Under the America First Energy Plan page on whitehouse.gov, the text reads “We must take advantage of the estimated $50 trillion in untapped shale, oil, and natural gas reserves, especially those on federal lands that the American people own.”

Don’t believe us, here is a screen shot and the link.

We are in for a long four years if this all has occurred in just the first 12 hours of the Trump Administration. Many will remain silent, think that this is just a one time deal. This is a form of censorship by the President over one of his agencies because it appears his feelings were hurt. I don’t know how else to say this: This is absolute bullshit and the reactionary actions of a man we are supposed to respect as our President.

If this upsets you, please contact your member of the US House or Senate. Hell, tell President Trump directly here. Tell them that the NPS uses Twitter for good, helping provided needed updates that entire the safety, security and happiness of hundreds of millions of Americans. Ask them to let the National Park Service tweet again, as for many visitors, it is the only source of updated information. Have them make sure our new administration doesn’t put the America people’s safety at jeopardy over a petty Twitter argument. Tell them that Public Lands need to remain public and wild, not drilled, logged and sold off to the highest bidder. We need to Protect Out Public Lands for so many reasons.

Chances are, if you read out works, you agree. So contact them. For nature, For the planet and for your own good.

PNW local? If you want information for Olympic National Park’s backcountry, contact the Wilderness Information Center. They may be able to answer some of your questions about park conditions. For Mount Rainier, contact info can be found here.

Love our work and want us to keep fighting for Public Lands? Subscribe to our reader list and pick up our Summit Book. 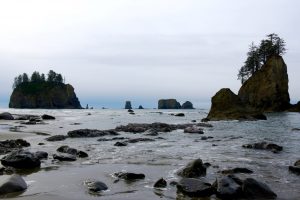 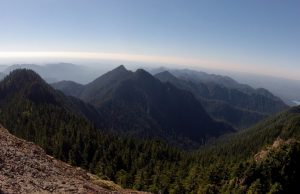