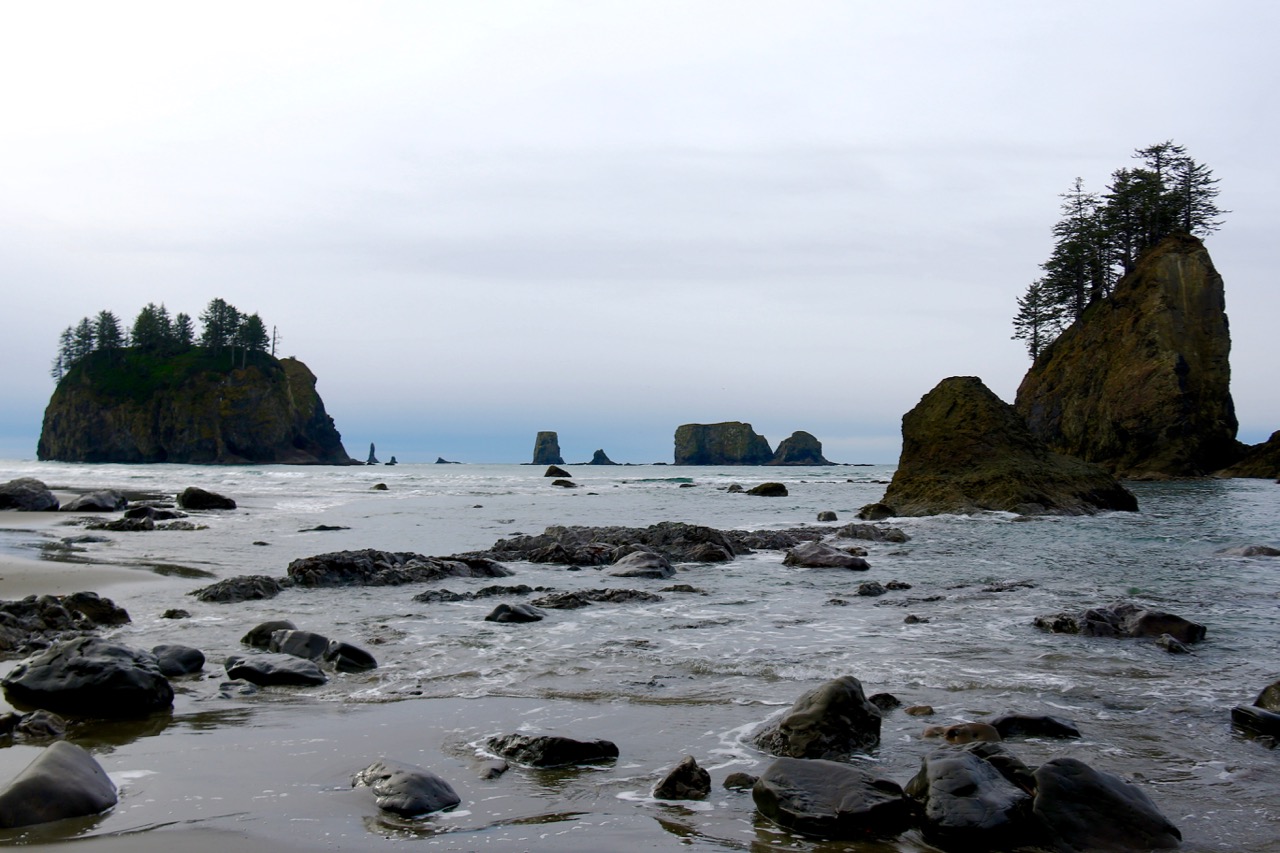 Out along the wilderness coast of the Olympic Peninsula, endless coastal wonders await those longing for a truly Pacific Northwest beach experience. Stretching for 73 miles, from Shi Shi to Kalaloch, the wilderness coast of Olympic has inspired countless generation and left millions of visitors awestruck with the sheer beauty of these jagged and remote stretches along the Pacific. Ranging in levels of accessibility, the Olympic coast offers something for everyone, letting each individual find their perfect slice of sandy, driftwood-filled beaches. For many, the highlight of the coast comes at Olympic National Park’s Second Beach near the town of LaPush.

LaPush is home to the Quileute tribe, which has lived in the region for more than a millennia, with their territory once covering the coast, the rivers, rainforests and glaciers of the Olympic Mountains. Their storied history, incredible heritage and amazing views of spectacular sea stacks have helped make their town one of the most stunning beaches in the Pacific Northwest. As whales swim off shore and eagles soar overhead, trails run out to the coast in all direction, leading to remarkable and hidden from view beaches that are jaw-droppingly gorgeous. Thanks to these trails, the views and the town, it is little wonder why the LaPush region is one of Washington’s most underrated gems.

One of the beaches that gets plenty of love in the region is the trail and sandy shores of Second Beach. Yet, the trail is magical, connecting nearly every traveler on its path to the splendor of nature. From the time it takes to reach the coast from the parking area, hikers are exposed to the beauty of coastal forests and the raw power and rawness of coastal wilderness.

The trail starts at a small parking area, and quickly crosses a small wooden bridge, before heading into the woods. With each step, the forest gets more unique. Giant trees sprout multiple spires, turning views of forests into wooded cathedrals. Every direction you look, branches and roots are grasping everything, large stumps intertwined with the life-force of its neighbors. Many rush down the 0.7 mile trail to make it to the beach, but take your time and make each step memorable. As the ocean draws closer, the roar of the crashing waves increases. On windy days, salty air will coat your face, barely noticeable if you were to lick your lips. From here, the trail starts losing elevation fast, a series of supported switchbacks leading down to the forest wall before the beach officially starts. Even if you peek, the true beauty of Second Beach won’t be visible until you stand on the giant driftwood lining blanketing the beach.

It is here, once the trail meets the driftwood, that Second Beach’s beauty is shown in full force. To the south, endless sea stacks appear in the breaking waves, inviting you to walk down the coast until you hit Teahwhit Head. This immense wall of sea stacks and jagged, eroding land separates Second Beach from Third Beach, helping make this stretch of beach cut off from hikers on Third Beach. To the north, the beach quickly heads toward a rocky outcropping that is as stunning as anything on the Pacific Coast. Over time, the crashing waves found a weakness in the ridge, slowly chipping away until it created a bus-sized hole right near the crashing waves. Right before your eyes, you are watching a sea stack form, seeing the past, present, and future all timelessly converging at once. Along these rocks, giant tide pools sit, waiting for curious people and hungry animals to explore and discover them.

After gazing at the closer of the sea stacks and watching endless bald eagles fly overhead, let your eyes drift past the breaking waves toward the sea stacks sitting off the coast. This area, beyond the breakers, is the Quileute Needles National Wildlife Refuge, the central refuge of the three (along with Flattery Rocks and Copalis) which make up the Washington Maritime National Wildlife Refuge Complex. Consisting of a staggering 870 islands, rocks, and reefs, this refuge complex stretches over 100 miles along the most wild and remote stretches of the Washington Coast. From Cape Flattery to Copalis Beach, the Washington Maritime National Wildlife Refuge Complex is protected from human disturbance and are ridiculously abundant ocean food sources. During the months of March and April, this Maritime Refuge sees over 20,000 gray whales slowly swim past the giant sea stacks. The area is also home to 14 species of sea birds and is an important stop for migrating birds. During migration months, the total populations of seabirds, waterfowl, and shorebirds easily exceeds one million birds. The refuge, which is only visible from the shore, is within the boundary of Olympic Coast National Marine Sanctuary and Olympic National Park and is incorporated into the Washington Islands Wilderness.

The Quileute Needles are often described as jagged, dagger-shaped rock formations and are impossible to miss, rising from the breakers rolling in from the Pacific Ocean at Second Beach. However, few know that there is really only one rock that is considered to be the Quileute Needle. Rising 85 feet up from the Pacific Ocean, the Quileute Needle is one of the most unique sea stacks on the Washington Coast. The needle is easily spotted, as it is the southernmost of the group of sea stacks resting off shore. Rising up like a sharp, pointed needle, the bade of this sea stack is just 35 feet in diameter. Because this is such an iconic rock, the entire group of offshore rocks in this region has informally become known as the “Quileute Needles.”

Second Beach is extremely gorgeous and accessible year round, making it an amazing destination for the entire family. During the summer months, the area can fill up quickly and be quite crowded by Pacific Northwest Standards, but is always worth the trip. While places like Hole in the Wall at Rialto Beach may get more glory and fame, the history, culture and spectacular views at Second Beach make this one of the classic Washington Coast destinations. If you haven’t been to this stretch of coast, or feel you need to take a trip soon, we suggest you do it. Even on a brisk winter day, the views will warm your soul and reconnect you with the natural beauty of the Pacific Northwest. For an added bonus, stay for sunset and be truly inspired by this region of LaPush.

Learn more about LaPush and this section of the Olympic Peninsula’s Wilderness Coast.

WANT TO EXPLORE THIS DESTINATION AND MANY MORE IN OLYMPIC NATIONAL PARK? 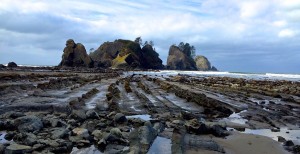 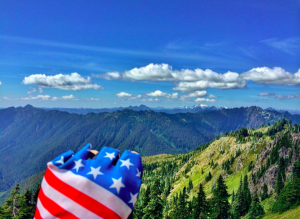