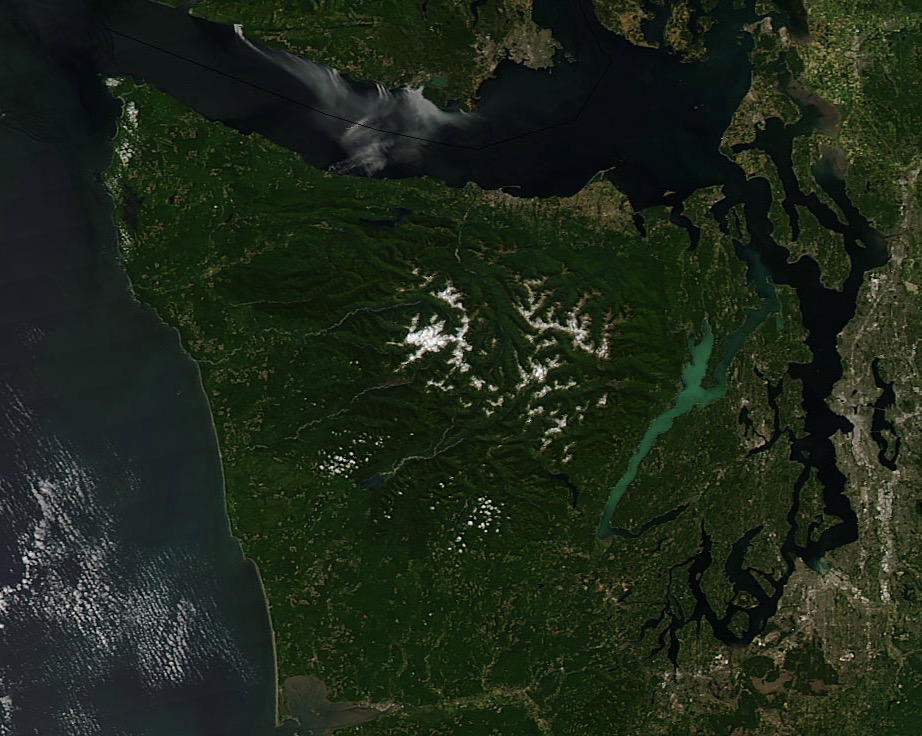 Just like in late July 2016, the waters of the Hood Canal are turning a brilliant blue, causing many residents and visitors to wonder what had happened to the usually dark waters of Washington State’s most famous fjord. The answer is actually a pretty simple one- the water color changed due to a phytoplankton bloom. Thanks to satellite imagery, we are able to see just how impressive the bloom is, as it was visible from space.  According to NASA’s Earth Observatory website, the bloom turned the waters a milky blue color, due to microscopic plankton called Coccolithophores that are plated with white calcium carbonate. The plates can impart a milky, turquoise hue to the water that is often visible from space.

The bloom is a natural occurring phenomenon, and was confirmed to be a Coccolithophores bloom by Bivalves for Clean Waters out of Shelton. A call to a friend with a citizen science monitoring program that documents harmful algal blooms, unusual bloom events, and new species entering the Salish Sea confirmed the bloom via phone. Similar blooms, like the one in 2016 and the one this year, also appeared in Hood Canal in July and August of 2007. What this means is that the waters of Hood Canal will once again be turning a beautiful shade of blue.

If you want to see this event from the waters of the Hood Canal, contact Blue Horizon Paddlesports right now and ask about a tour or kayak rental!

What does this mean?

The bloom should’t be a big deal and experts on similar events are sounding calm, but they are watching the impact of it closely.  There is some risk due to a bloom like this as it could impact Hood Canal’s incredible oyster population. Blooms like this could lead to hypoxia, the depletion of oxygen in the water, which can adversely impact the oyster population. Chance are, this was nothing more than an impressive bloom and something that visitors to the region will remember for quite awhile. The oyster population will be fine, hopefully, and life will keep being interesting and beautiful along the always stunning Hood Canal region of Washington State.

Unfamiliar with the Hood Canal Region of Washington?

See the best hikes, climb the best mountains and fall in love with the beauty of the Olympic Peninsula. Read more here. Better yet, get a copy of our guidebook: The Definitive Guide to Olympic National Park and Peninsula! 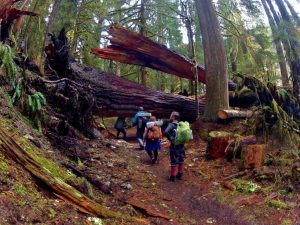 Previous post How to Stay Safe While Hiking: 11 Easy Tips