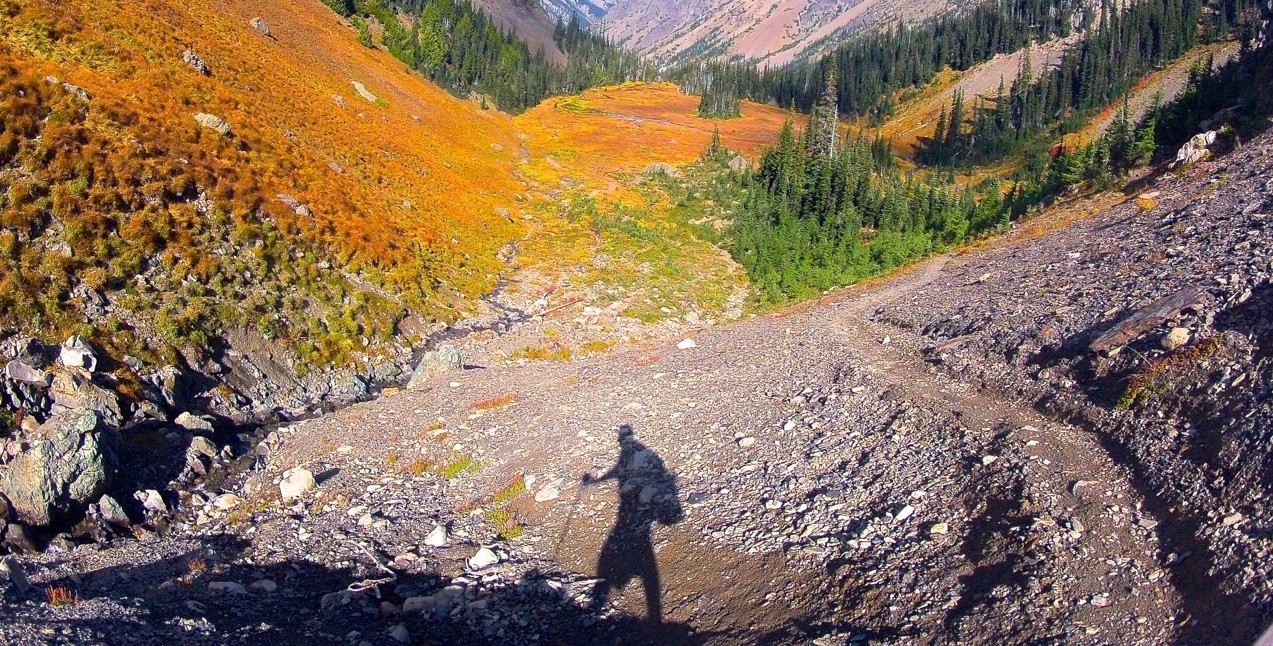 Olympic National Park is constantly one of America’s most-visited National Parks, yet few take the time to explore more than a mile or so off trail. With 611 miles of trails in the park, and nearly one million acres of wilderness to explore, backpacking in Olympic National Park gets you up close and personal to one of the worlds last remaining wild areas. From rugged, glaciated peaks, to isolated set-stacks on rugged coastlines, the only American rainforests, high alpine lakes and amazing waterfalls, the trails in the backcountry of Olympic lead to some of the best destinations in the world.

This year, take a trip to forgotten northwest corner of America and fall in love with the true wilderness of Olympic National Park. Whether you decide to hike to old chalets, shrinking glaciers, ancient petroglyphs, alpine lakes surrounded by mountains goats, or just looking to wander a remote section of beach to watch the most beautiful sunsets in America, Olympic’s backpacking trails are waiting for you. make sure you get your backcountry permit before backpacking in Olympic and all National Parks. While reservations aren’t needed for many of these trips, you still need to register with the park for your life-changing backpacking adventure.

Distance: 37 miles out and back

The trek out to the Enchanted Valley is quite possibly the most iconic backpacking destination in Olympic National Park. Considered a rite-of-passage to experience the Olympics, this route out of the Quinault Rainforest gets you to impressive wilderness of all styles. Hiking through the rainforest, the trail takes you over bridges, before arriving in the Enchanted Valley. Also referred to as the “Valley of 10,000 Waterfalls,” the area has incredible views of mountains, black bear, the Quinault River and an old chalet that was built in the 1930s. The Chalet was rescued from a certain end in 2014, when it was moved 100 feet away from the Quinault River, which it was nearly falling into. From Enchanted Valley, head up into the mountains and experience Anderson Glacier, one of the 311 glaciers in the Olympic Mountains. Anderson Glacier is quickly melting away, so you better get to it soon, before it vanishes forever.

Distance: 18 miles out and back

Hiking to Royal Basin gives you the best of the Eastern Olympics. Starting out along the Dungeness River, the second steepest river in America, the trail works its way along Royal Creek before arriving at the scenic Royal Lake. From here, trails let you explore incredible waterfalls, giant boulders and one of the greatest basins in Olympic National Park. Located at the base of Mount Deception, the second tallest peak in the Olympic Range, Upper Royal Basin has glacier tarns, peaks to climb and one of the moon-like landscapes you will find. With all this just a short nine mile hike, it is easy to see why it is a popular destination. Therefore, reservations and proper permits are needed to camp here between May and October. Don’t let the short distance fool you though, it is well worth the elevation gain and hoops to jump through to get this as a summer backpacking destination.

If you have ever seen a picture from the Olympic Coast, you are able to appreciate just how wild and rugged it really is. Home to amazing hiking, whale watching, tide pooling and the best sunsets of your life, hiking along the Olympic Coast of Washington State will change your life. Hiking along the coast is challenging work, and a knowledge of tides is needed to properly complete this hike, yet all the effort is worth it for just one day along the 73 miles of coastal wilderness. This is the longest undeveloped stretch of coast along the contiguous United States, and is quite the popular backpacking destination. With miles of sea-stacks, as well as the Makah Petroglyphs, the region between Ozette and Shi Shi Beach will astonish you with its wild beauty and culture. Be aware, the best campsites fill up quickly, and reservations are needed to access the region in the non-winter months.

Side Trips: For an extra loop with stunning mountain views, add the La Crosse Pass and O’Neil Pass loop.

One of the lesser known traverse hikes on the Olympic Peninsula, the route from the Duckabush River to the Skokomish River gives a wide variety of terrain, including incredible mountains, wildlife and old growth forests. Starting at Duckabush, the trail works its way along the Duckabush River, climbing over Big Hump before entering into the old growth of Olympic National Park. From here, the trail skirts the river, climbing in elevation while giving you views of wildlife before crossing the river and heading to Home Sweet Home Camp. This wildflower-filled valley a few hundred feet below the 4,688 ft, First Divide gives great views of mountains, and an option to climb a few lesser known peaks, like Mount Hopper. After the pass, the trail drops quickly along the Skokomish River, giving impressive views of huge trees, glimpses of majestic peaks and a glimpse of the human history of the region.

Distance: 36 miles out and back

Backcountry Campsite Reservations: Permits are required above Lewis Meadow and must be obtained at the Wilderness Information Centers.

Hiking the Hoh to the base of Mount Olympus is yet another iconic hike in Olympic National Park, and for good reason. The trail works its way up the glacier-fed Hoh River, weaving through moss-draped old-growth forests, herds of elk, and neck deep ferns. Mostly flat for the first 12 miles, the path gives hikers a chance to see impressive valleys, waterfalls and even a the Mount Olympus Ranger Station. After Lewis Meadow, the trail climbs 3,000 feet in less than 4 miles to Glacier Meadows Camp, just a short trek to Blue Glacier and the route to climb Mount Olympus. This hike has it all, from rainforests to high aline lakes, glaciers and the peak of the tallest mountain in the Olympic Range, all along one incredibly beautiful and popular trail. Be aware, the best campsites fill up quickly, and reservations are needed to access the region in the non-winter months.

As one of the longest traverses of Olympic National Park, the route from the Elwha River to the Quinault is also one of the most historic. In 1889, a group of journalists and explorers from Seattle and the region took five months exploring the Elwha and Quinault Rivers. The route they took passes amazing locations like Goblins Gate and the Grand Canyon of the Elwha before reaching Low Divide and dropping into the rainforests of the Quinault. Today, the trail passes Humes Ranch and Cabin, before exiting the less popular areas for the wilderness of the Elwha. The Elwha River is now dam free for the first time in over a century, and the region is flourishing. This route to the Quinault gives solitude, opportunity for exploration and a chance to see trail marks left by the Press Expedition explorers. Along the North Fork of the Quinault River, the trail becomes even more beautiful, making it a great place to watch wildlife, dip in glacier fed river and hike through ancient, giant trees.

One of the more popular backpacking trip in Olympic National Park, those who get a permit to Seven Lakes Basin are rewarded with eye candy of mountains, lakes, animals and forests. Aptly names, the basin is full of lakes, mountain goats, wildflowers, and incredible views of glaciated peaks around the Olympic Mountain Range. Starting with the always impressive Sol Duc Falls, the trail heads up along the Sol Duc River, gaining in elevation before depositing hikers into an alpine wonderland. With campsites around the lakes, finding your favorite destination may be quite hard, as each lake offers unrivaled beauty. The highlights are probably Heart Lake and Lunch Lake, but Hoh Lake and Deer Lake are also quite spectacular. The Seven Lake Basin Loop is best done during clear summer nights, when after spending a day exploring the lakes and ridges of the region, you can sit back and enjoy one of best stargazing views in the park. For those looking for a high alpine experience in Olympic National Park, this is one of your best options. 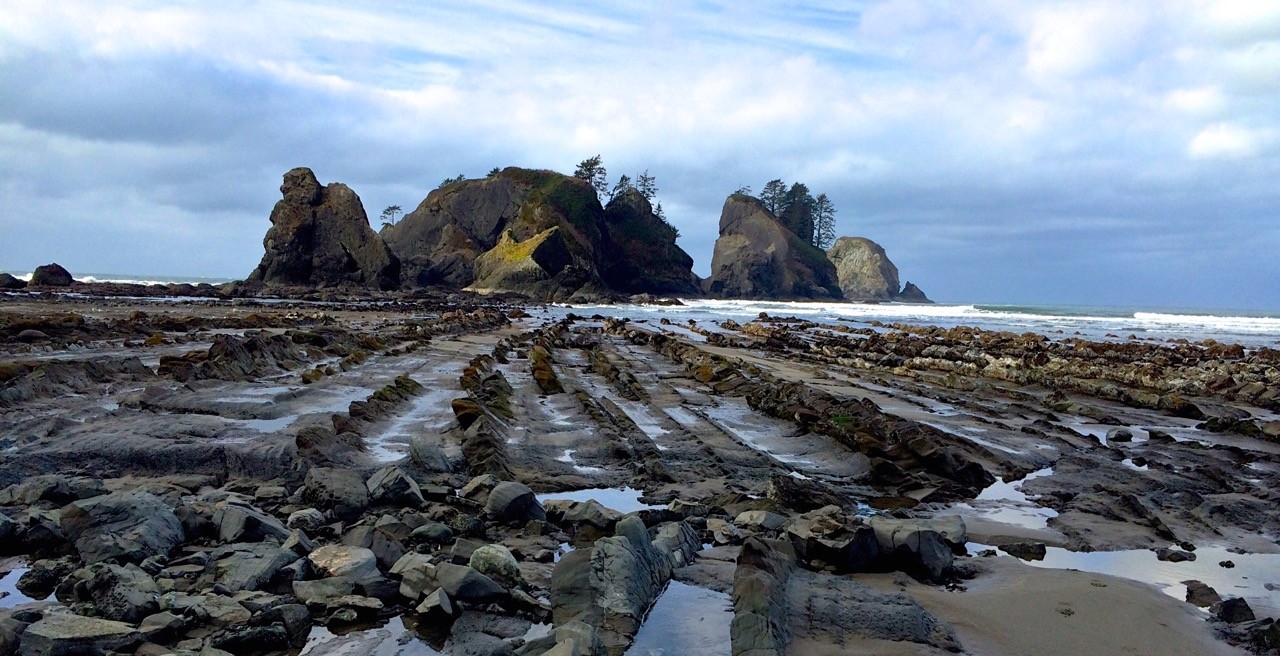