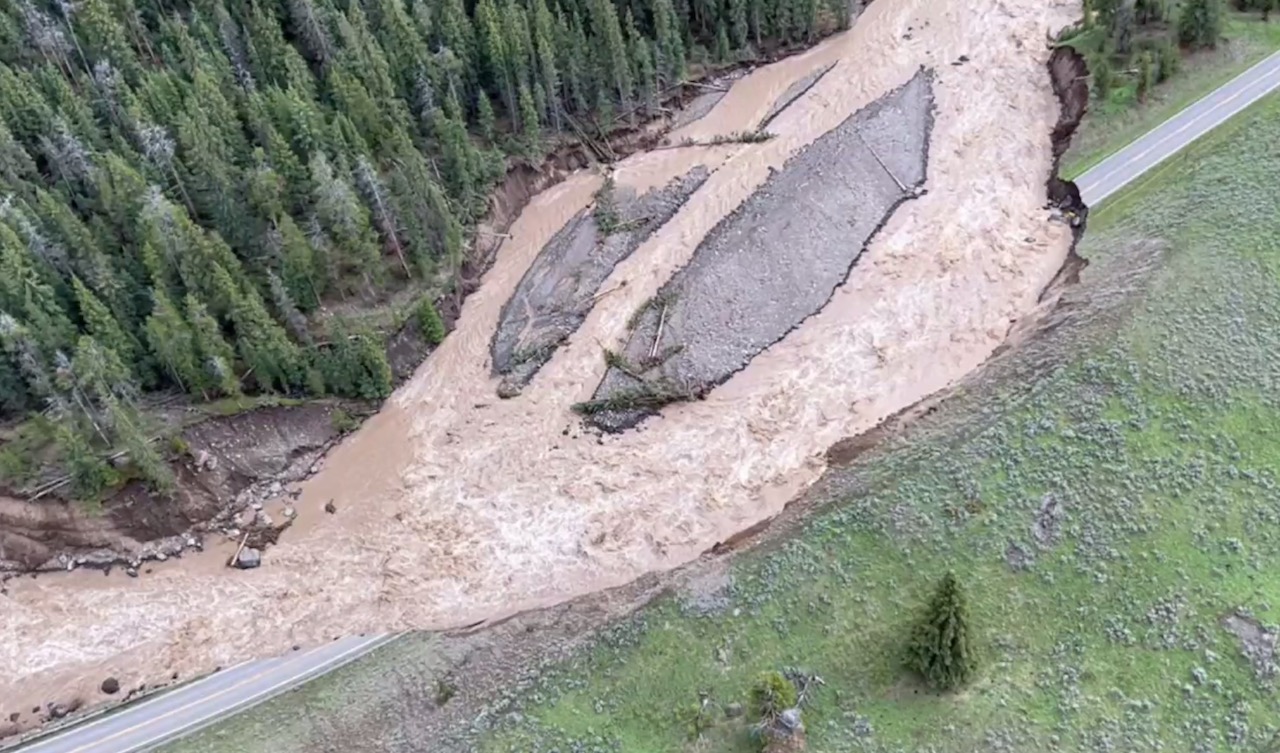 Park County and Yellowstone National Park Service officials held a press conference to update the public on what the current situation is in and around Yellowstone, regarding the historic floods. Instead of crafting a long read, I will once again share the bullet points from the presentation. These are my notes and quotes are not to be taken as verbatim. Until then, we all get bullet points! For some of you, a few of these bullet points will be known information. For others, they should help paint the picture of what is going on right now. Apologies again for the long titles. They are obviously not my strong suit. Would you rather watch the hour long press conference? A full video will be uploaded to the NPS Flickr page tomorrow. I will add the link when I get it.

The TL;DR/DW (didn’t watch) Version: Not much new information. The Southern Loop (West Yellowstone, the East Entrance and the South Entrance, as well as Norris and Canyon) may open soon, but to a limited capacity. The park is currently unsure of how that will look. The North Loop (Gardiner to Cooke City, Dunraven Pass, and Norris to Mammoth) may not open this season. Optimistically, it could open by October or November. There were no flood caused fatalities in the park. The situation is still very fresh and it will take days to know more. Patience is asked by all.

What is the damage?

The park does not know yet. Water is still high and they are not putting teams in harms way. Next week, when water drops, a larger assessment with teams from around the country will come to the park to check it out.

Is there a timeframe for reopening?

Won’t know timelines, cost, or anything else until teams are on the ground.

It is likely that the road between Gardiner and Cooke City will not reopen road for the rest of the season. The park superintendent says he will stay as optimistic as possible. Even at the fastest, the park probably won’t get road reopened this summer season. The park is engaged with conversations with gateway communities to figure out how to open the southern loop appropriately, as half park can not support full visitation. This may be done using a timed entry, or a reservation system when south loop is open. Yellowstone will do everything they can to safely reopen. They will work for range of alternatives for opening the southern loop. Southern Loop will be open and ready for access relatively soon. Northern end will take considerable amount of time and effort. Trying to put normal visitation on half the park is a disaster waiting to happen.

What is the impact on the wildlife of the Park?

National Park staff does not think the animals are being largely affected, there are just no visitors currently watching them.

Is Yellowstone considering opening the Old Gardiner road between Mammoth and Gardiner?

The five mile dirt road does not have a super stable road base, but the park is looking to improve it for access between the two communities. The park also wants to make sure that the link is complete in case Highway 89 once again closes. If that is the case, it may be controlled with directional traffic. This will more than likely not be available for the public.

Any injuries to park or staff?

As of right now, none. There was one cardiac arrest event at Madison Campground that resulted in a fatality, but was not flood related.

Has the park ever been entirely closed before?

The park was closed two years ago for Covid. Sometimes for Government shutdowns have closed the entire park. The park does not believe they have ever closed due to flooding.

How can people from afar help Yellowstone and the gateway communities?

Share information. Important thing is to understand that we are only 36 hours into this event. Yellowstone National Park is still unsure of needs. When possible, the park will provide updates and information. Pick up gift certificates for companies in the gateway communities, to help support them now and into the future. There are also a tremendous amount of things to do outside the park. Even though the north part of the park won’t open, come to Gardiner. Book a room and enjoy what you can at the gateway towns. Visit and support the towns you love. Stay tuned to social media and help as needs arise.

The six families who lost their home have been placed in temporary housing. The park has a full contingent of staff in YNP, upwards of 800-1000 staff and 3,000+ who work at concessions. In the coming days, weeks and months, park employees may be doing jobs not necessarily in their job description to help the demand. Generally speaking, everyone in Yellowstone is finding something to do and the park has a lot to do.

Where is the damage on the southern loop?

There is a compromised section south of Canyon, a 300-400 feet section nicknamed “sliding meadows” because it has been an issue for years near the Grand Canyon of the Yellowstone. It has once again compromised slightly and it is being monitored. It is a constant place needing work.

On the West Entrance Road, the Madison River was eroding along the roads edge. Firehole River drive was underwater. The park also needs to inspect bridge crossings. A section between Lake and Grant has also been compromised and eroded, but we think it is fixable and may take a few days.

Will the road between Mammoth and Gardiner be replaced in the same spot?

It may not be possible to build road on same alignment between mammoth and Gardiner. It is not smart to invest 10s of millions of dollars or however much it is to repair a road that may be subject to a similar event in the future. Looking at pulling road away from river entirely for a better investment.

When will the 150th Anniversary Event in Gardiner happen, if at all?

Currently, the NPS does not know. There are 16 tribes participating at the event on Aug 22nd. This is an incredible week long event with visitors able to interact with tribes who frequented Yellowstone. NPS staff wants to see this event proceed. However, there is no definitive answer. They will continue to plan to that event and absent a more catastrophic event, the event will happen.

YNP as a whole will remain closed for at least how long?

It is really hard to come up with an exact timeline. Give us a few more days to get teams looking at what will be required and we will get you a much better idea. Will be an extended period of time for northern end. Southern end will be a week or less, but is contingent on many elements.

When will the public be able to access Gardiner?

Highway 89 should stay open, if this weekend goes well. This all depends on melting of snowpack, so there are no promises. that being said, the runoff should be done fairly soon, but we are not quite there. After the weekend, there will be an assessment on road conditions that will help crews decide if the road from Livingston to Gardiner will open. The Montana Department of Transportation has already contracted work to be started. Stay tuned and know that Yellowstone and Park County have no intention of taking their time here. Reopening safely is the top priority. 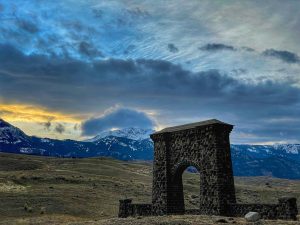 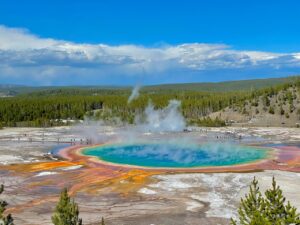