Thanks to our historically low snowpack over the winter of 2014-15, the mountains of the Pacific Northwest are not nearly as snowy as they should be.  With warmer temperatures, the peaks we know and love are struggling to regain any of the powdery goodness. While most assume that a low snowpack only hurts the skiers and snowboards, climbers on one iconic Northwest peak are facing a danger that isn’t seen this time of year. From falling rocks to noxious gases, Mount Hood is becoming less safe, and the low snowpack is to blame.

According to a news piece done by Portland’s NBC affiliate, KGW, climbers are being warned about falling rocks and noxious gasses if they choose to summit Oregon’s tallest mountain. Standing at 11,239 feet, Mount Hood is a volcano, with fumaroles spread around the mountain’s flanks. While typically safe to travel around, the past year has seen two climbers fall through the thin ice into the noxious gas filled hole. The two incidents are said to be the first two accidents like this on Mount Hood in nearly two decades. Obviously, the headline about bringing a gas mask for climbers is a joke, but it is something that Search and Rescue is asking for, as seen on this video clip from KGW news.

While stories like the one above may scare many away from climbing our region’s mountains, I say it just adds to the seriousness that you need to take while summiting any peak. Hiking and climbing done correctly is mostly safe, with very few accidents occurring compared to the number who hit trails and peaks throughout the year.

If you do decide to climb Mt Hood this year (something the author of this post has been considering), please be smart, be prepared and know your surroundings. Don’t let the negative reports scare you away from summiting one of the most stunning summits in the Pacific Northwest! 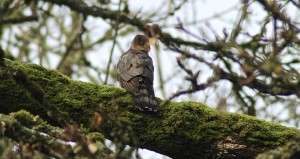 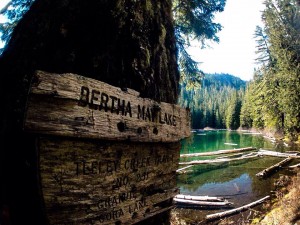 Next post Exploring Trails Around Mount Rainier: Bertha May Lake