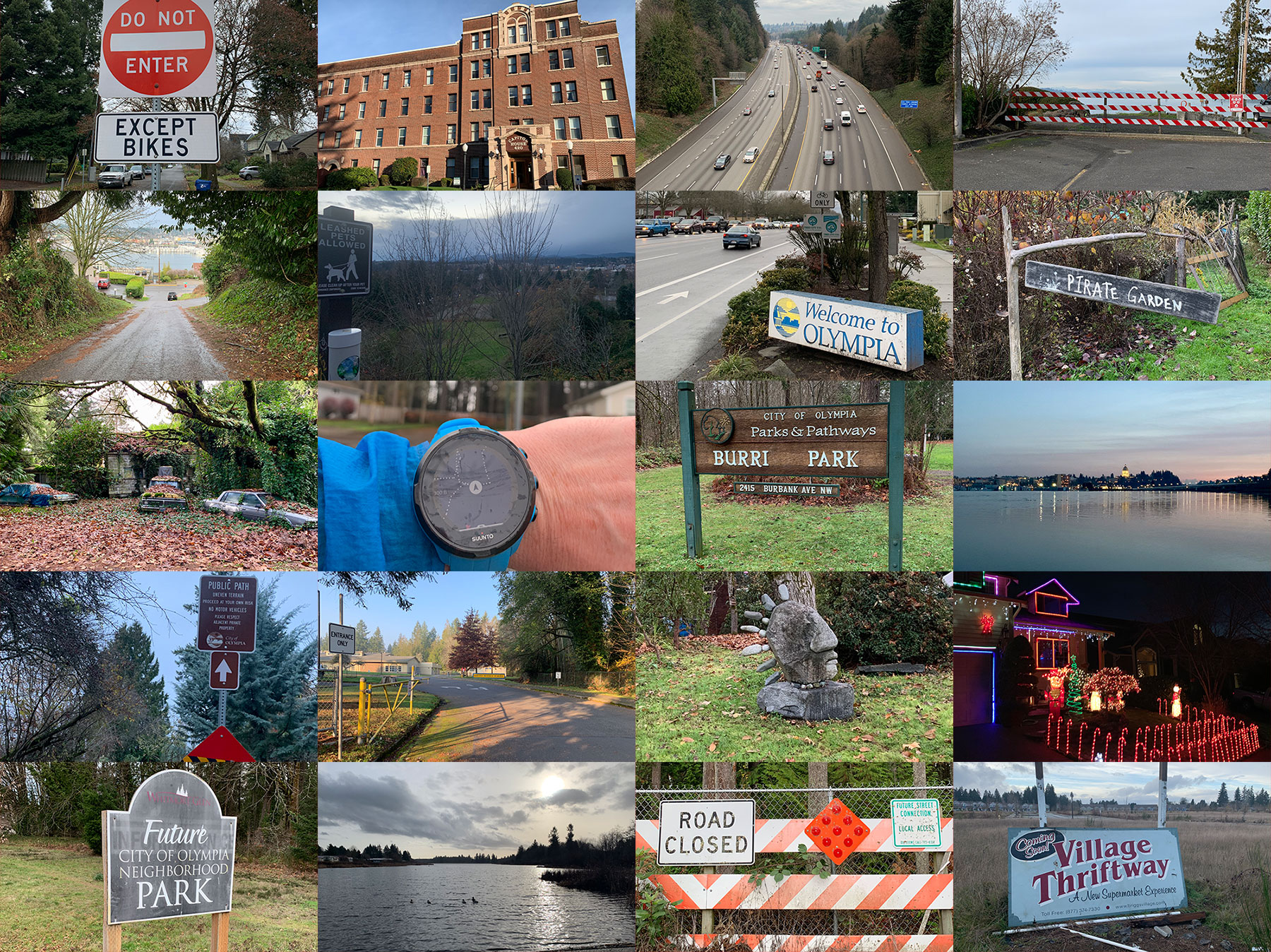 Over the warmer months this year, I completed some incredibly fun projects on trails in mountains I love dearly. I climbed Mt. St. Helens, ran up to Camp Muir, raced the Broken Arrow Skyrace at Lake Tahoe and completed a double peak project running up Mt. Rose and Mt. Ellinor in one run. I’m a mountain runner.

Running, especially on trails and up mountains, is what gives me life. This activity, this hobby, this passion, inspires me to be the best human I can be. In recent years, this life has given me a health body and a strong mind. Discovering running a few years ago has completely changed my life, all for the better.

Brought to you by: Kevin Hayward State Farm Insurance

Each year, fall gives way to winter and trail runners start searching for snow free trails in lower elevations. This year, inspired and encouraged by Rickey Gates’ project of running every single street in San Francisco, I decide, rather than dreading the usual winter grind of endless road miles, I would embrace his idea and do the same here in Olympia.

People dreaming up projects that are quirky, audacious, and personal have always inspired me. I’m always inspired by others, encouraged by them to start my own project. Not everyone can speed climb Mt. Everest or ski Denali, but there are plenty of incredible stories to be told and places to be explored.

On November the 17th, I started Day 1 of my #EverySingleStreet project in Olympia. As the first steps were taken, I began to wonder. “Has anyone ever done this in Olympia?” I don’t know, but I’m going to do it, I think.

I began cautiously and reserved, not knowing what to expect. It was a sunny Saturday and running the roads in my neighborhood felt familiar. I had figured out the city limits via Google Maps and I tried to carve a path that was both smart and enjoyable. I doubled up a lot of roads, had to stop and make decisions mid-run, but I was enjoying myself. The sun being out helped. Even on the first day, I discovered parts of my neighborhood I have never been at- Funky yards, cute front porches and homes decorated with care.

Day 2 introduced a new challenge. How does one effectively connect the previous run with today’s, without leaving big holes and missed blocks that I would have to come back to at a later time?

On the following runs, I learned that pre-planning is essential. Some days, it felt I was spending more time pouring over the maps than actually running. On the early runs, I was still leaving from my front door, fanning out in different directions with each run. I covered the Eastside of Olympia in seven days, missing barely a block. That wasn’t so bad, even if every miles was on paved streets. On these runs, I discovered pirate gardens, a new city park I had never heard of and plenty of weird yard art. Oh, Olympia.

The next runs would be much different. Day 8 was my first run on the Westside of Olympia, seeing me circle the Grass Lake Nature Reserve between Kaiser Road and Cooper Point Road. On this run I got to first glimpse of running on a country road and a taste of a new housing development. It was all very different from my beloved Eastside.

Now in unknown-to-me territory, I was fully committed to completing it with divide and conquer mentality. Rather than meticulously chop away at each neighborhood, I jumped back and forth. One run in the South East, when I was making my way to Briggs and Yelm Highway, I found strategic places to park my car and run loops to avoid big overlaps. The run through Ken Lake, took quite a bit longer than I expected, but man, it was nice in there. Ken Lake has lots of cool mid-century homes and fun driveways, as well as lake views.

Early on in my planning, I decided that I wanted to save downtown for last. I envision a glorious conclusion to all this madness somewhere between the Capitol dome and the Port. Like the plague, I avoided the downtown core, still focusing on the outskirts of town.

Many factors influenced where I decided to run each day. Is it raining hard? Then this is probably not a good time to run a country road with narrow curb. Is it getting dark out? I had better find a neighborhood that has some Christmas lights up. Rush hour traffic? I must stay way from the busy arterial streets and dive into a quiet neighborhood.

I also had to deal with runs that I called connector runs. Here and there, I had to cross the freeway several times to connect previous days runs with the next neighborhood on my plan.

There were also areas that I was trying to avoid for as long as I could. Running around Capitol Mall right before the holidays? No thank you. I would wait for a slower time, once the holiday season madness had commenced.

Besides planning and avoiding certain areas at times of the day, I had to deal with other issues. Running the day after the first big storm of the season had me skip around broken branches and debris on the sidewalk. Luckily, I finished before the historic snow storm basically shut down all the roads and sidewalks in town.

As the old year turned into the new, I was aware that this project was taking way longer than anticipated. While this was challenge, I was also seeing way cooler things around the city of Olympia than I had anticipated. All around, there were these hidden trails. I called them little pocket parks, as they served as public connector trails between neighborhoods, used by dog walkers and kids heading home from school. There were also way more lakes with private beach access in the middle of housing developments than I knew existed. I also ran through a brand new sub-division with roads, sidewalks, and street lamps completed, but maybe ten out of 150 houses built.

The streets around Providence Hospital along Martin Way and College Street were a tough run any day of the week. I tried to avoid this bust section for as long as I could. When I did get to them, I ran them in the longest possible loop, in order to not have to revisit them on foot ever again. Having never explored the Westside of Olympia much before, I was struck by how beautiful some areas were. Garfield Nature Trail was an absolute treasure to run.

As I was wrapping up the project, running around the Capitol building during legislative session on a sunny day made me smile. I was wearing my bright colored running clothes, surrounded by people dressed up in drab suits, passing laws and being all important. Away from the center of our state’s democracy, running sections of the South Capitol neighborhood in the dark proved tricky. I found myself dodging cars driving on narrow streets, sidewalks broken up by tree roots and people walking dogs on leashes.

On January 15th, 2019, I found myself in downtown Olympia, taking the steps to complete this #EverySingleStreet project. I parked my car at the Farmer’s market, hit start on my watch and begin my last run. I circled the port and embraced the square blocks of downtown with traffic lights and road construction. Bit by bit, I ran on familiar roads, slowly closing the last hole on my map.

The run felt grand, weird, and important. Finishing a project, as arbitrary as it might seem, gives a great sense of accomplishment. There was no finishers medal, no one was waiting at the car to shower me with champagne, but I didn’t need that. As I walked down to the dock and looked across Percival Landing toward the Capitol dome, I was overwhelmed by this great sense that Olympia is my city. I didn’t grow up here, not even close. I live here now and I ran every single street of this city. This town, this run, this community is why I am pleased to call Olympia my home.

How did I do it all?

Listen to my podcast Singletrack episode #35: ‘Holding out for a Hero’. There, I go into all the details on how I put all the technical pieces into place to make this happen.

Between November 17th and January 15th I recorded 34 activities for a total of 310.66 miles and 7,782 ft of vertical elevation. The average distance of my runs was 9.4miles.

Douglas Scott of the Outdoor Society interviews me at length after I completed the project on episode 39 of Singletrack: ‘Literally Every Single Street’.

Currently I’m working on “Every Single Trail” running every trail in every park in the Olympia area. And there will be a book! 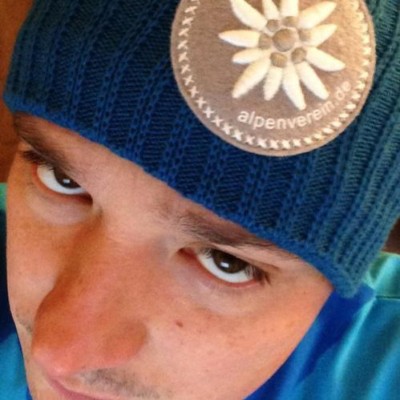 Run, When You Can't Walk Growing up in Germany Mathias Eichler's playground were the great Alps, from the Bodensee to the Dolomites. Today he lives in the Pacific Northwest and with his family he loves exploring the trails, peaks, and fantastic lodges of our National Parks right in his backyard. Making the outdoors accessible to a new generation of hikers, bikers, families from near and far is his passion. Best way to finish a long hike: If your legs are getting tired of walking, start running. Trust him on that, it works. Almost every time.
mathias@einmaleins.co
http://mathiaseichler.com 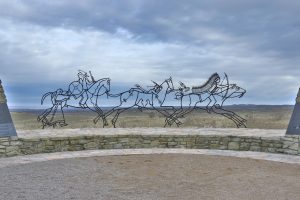 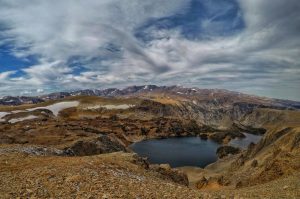