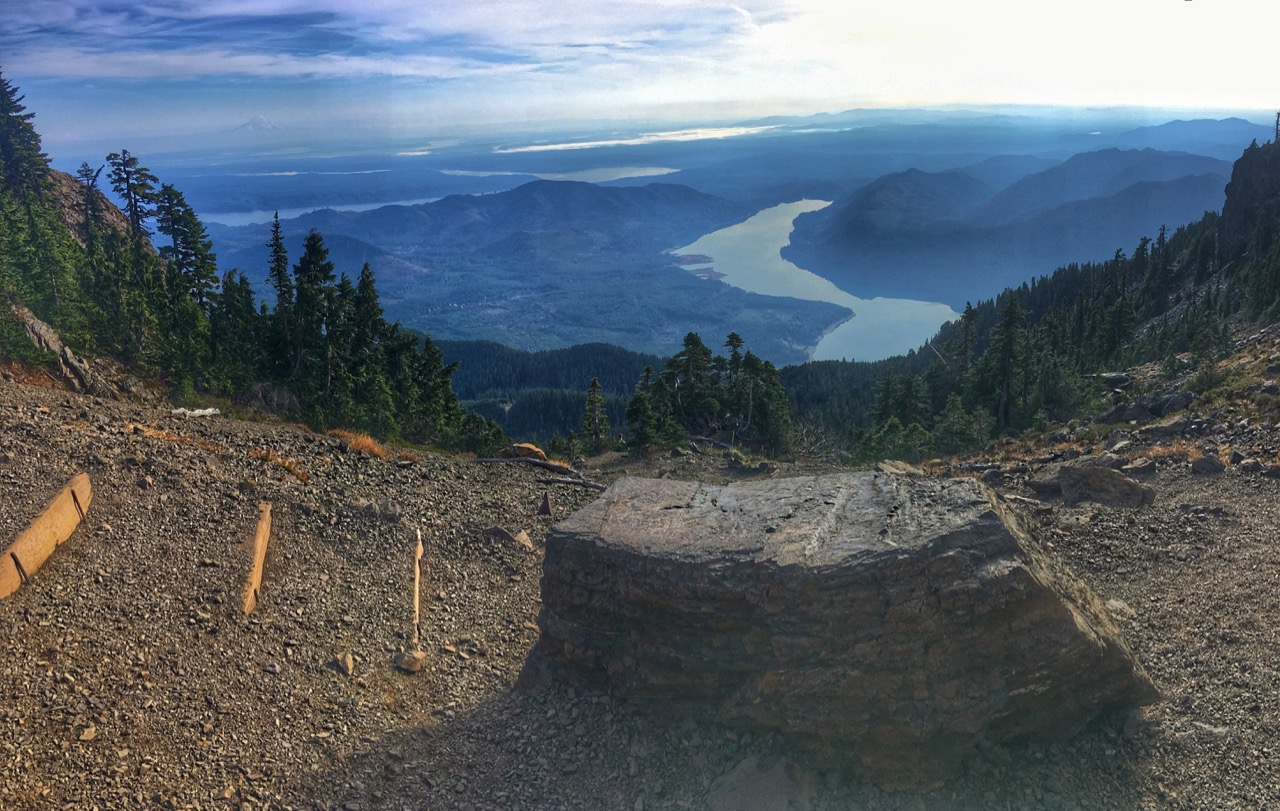 The last town before entering a National Park, known as a gateway community, is always interesting. Some parks have incredible towns full of amenities and attractions on the outskirts of their protected lands. Others seem to have little more than a gas station and a few curious locals eyeballing every car that drives toward the pristine wilderness.

It seems like the more popular the park, the better the gateway communities are at embracing the park and helping visitors get ready for an amazing adventure. Yosemite, Yellowstone, Glacier, Grand Canyon; each of these parks has a town that is the tourism hub for adventure. Olympic National Park seems to be the exception.

Olympic National Park has been one of the top 10 most-visited National Parks since at least the 1970s, yet the infrastructure around its stunning natural wonders is minimal at best. Towns with a somewhat consistent economy, like Port Angeles and Sequim, do have more than enough amenities to help the masses, but they miss the feel of being an entry to a National Park, instead holding on to their own unique identities. No city is truly a gateway to Olympic National Park, even if those words are written on a bridge in Aberdeen, Washington. From Aberdeen, Olympic is still almost an hour away. Based on this logic, Bremerton or even Seattle could claim the same title with as much authority. There are towns around Olympic, but it is tough to consider them gateway communities.

Olympic is unique, as the boundaries to the park are hard to spot by non-locals. Stacked against the National Park is Olympic National Forest, managed by a completely different government agency. Yet, most who visit the region can’t spot a difference. Tall trees, amazing mountain peaks, pristine rivers and stunning wilderness tends to blend together. Because of this, towns are few and far between on the Olympic Peninsula, and where they do exist, they embrace other things.

Tiny towns next to Olympic have seen their wealth and influence vanish like the towering timbers that gave them life. The communities were once talked about with great pride by the logging community, but today are quickly passed over as millions flock to the wilderness of Olympic National Park. One could argue that Forks is a true gateway town to Olympic National Park, but the majority of the tourism businesses have embraced Twilight over Olympic, still hoping to cash in on the young adult vampire tales.

For as down on the gateway communities of Olympic as this post seems, there is one town which I love and do get excited about entering. It is a town that signals to me that a great adventure will be had and is a small community that seems to embrace the outdoor tourism of the Olympic Peninsula. The little hamlet is located on a fjord, giving salty air breezes while looking toward snowcapped peaks. That town is Hoodsport, Washington and I can’t help but love it.

Hoodsport is located on Highway 101 and if you blink long enough, you will miss it as you drive north along Hood Canal. Looking like nothing more than a few shops and restaurants, bars and boutiques, this once proud fishing town is now the gateway to the Staircase region of Olympic National Park and Forest. While there is a small, sustainable local economy there, the majority of the business comes from visitors who are there for some form of outdoor recreation. Most locals hike, fish, and explore year round, giving the town a great PNW outdoorsy vibe.

With a population of just under 400 people, the town lacks a lot of the traditional amenities of  gateway communities. You won’t find streets of gift shops selling useless plastic trinkets. Instead, you’ll find a handful of stores hoping they can hep you have an enjoyable time. You wont find a lot of lodging options in town either. However, all around the town there are lodges and resorts, campgrounds and RV spots, making this little town a basecamp for summer excursions. This is a gem of a small town and one that needs to be experienced.

Hoodsport is one of the few towns on the Olympic Peninsula that has a visitor center to help those who are new to the area. It is also a place to fill up on gas, visit the grocery store and even grab a cup of coffee. Like most small towns, there are no major chain restaurants or well-known amenities. Instead, Hoodsport has locally owned businesses staffed by friendly, smiling community members. You feel, when visiting Hoodsport, that you are on the edge of wilderness and adventure, while breathing in salty air.

Hoodsport is where the adventures into the Olympics begin. Turning away from Highway 101 and Hood Canal, the road leads to the neighborhoods around Lake Cushman, an amazing suburb of Hoodsport, even closer to the mountains. The road weaves in shadows of forests and peaks, showing off breathtaking views of Lake Cushman before leading to the trails that bring me joy.

Coming back from a long day of incredible wilderness beauty, Hoodsport is the must-stop spot to refuel and rehydrate. Hoodsport is where new hiking pals become good friends. It is where the day is recounted and laughter is shared. It is where we relax on the public dock after summiting mountains and running trails that lead to stunning vistas. It is where we consume Pringles and Gatorade, enjoy a beer or grab a cup of coffee.

Maybe I am sweet on Hoodsport because this corner of Olympic is where I rediscovered who I was. This is the area that became my therapist, bringing me out of a hole of depression and despair, lifting me up and showing me that beauty and happiness can be found anywhere, if you know where to look. Hoodsport in my brain has been romanticized, no doubt about it, but I don’t care.

The small town is close to amazing outdoor adventures and stunning beauty that deserves to be celebrated, something which the town and the people who reside around it completely understand.

I am #HookedonHoodsport. Are you?

This post was written in one hour for my #NatureWritingChallenge, where this week’s topic was “A favorite gateway town to our public lands.” 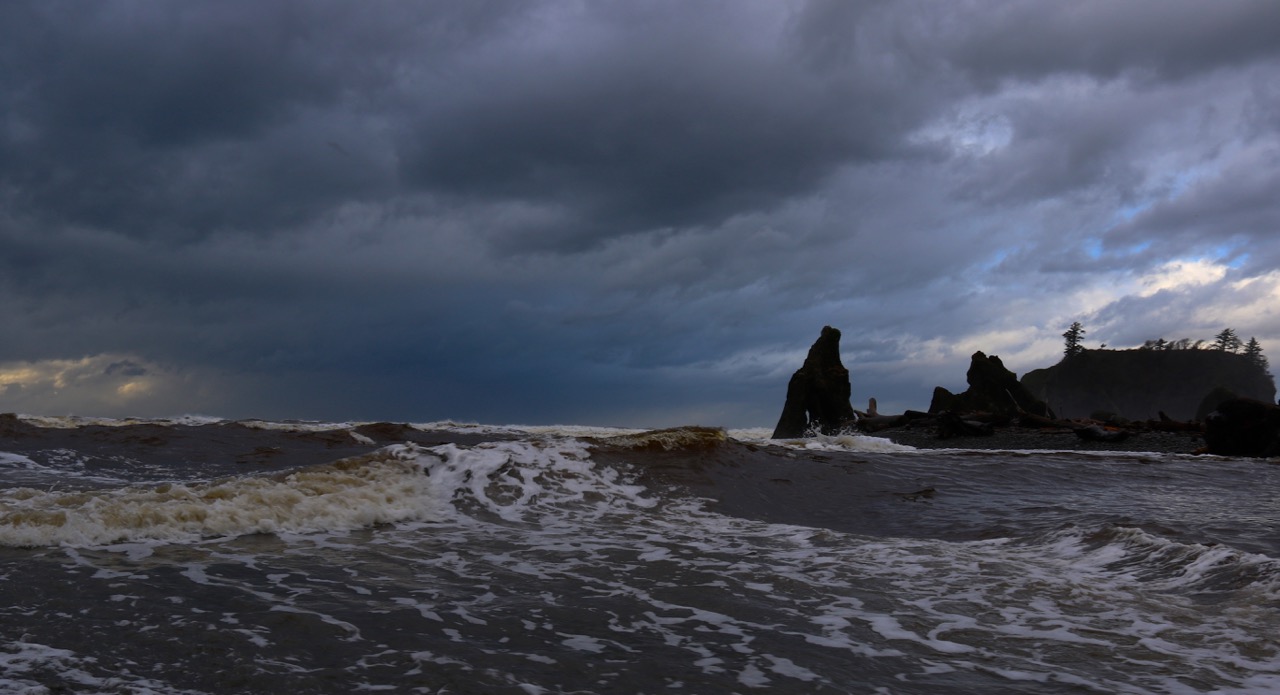