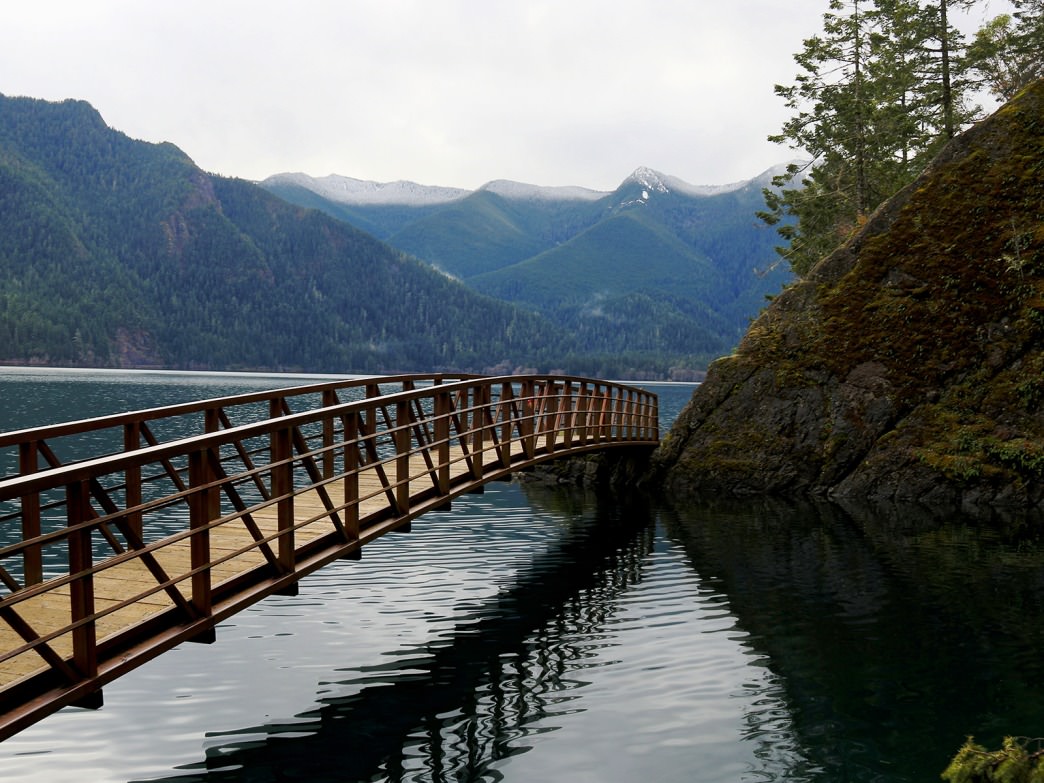 This week has been full of good news from Olympic National Park and it keeps on coming! On Friday, April 5th, 2019, Olympic National Park officials announced that the scenic Spruce Railroad Trail is once again open. This dog and bike-friendly trail should be added to your list of Olympic destinations!

While most of the press release by Olympic National Park was not that interesting, a few highlights are as follows:

The Spruce Railroad Trail improvements are part of a multi-year collaborative project to establish the entire 10 mile length of the trail as a universally accessible, multipurpose trail to be shared by hikers, bicyclists, equestrians and people traveling in wheelchairs. Clallam County and Olympic National Park are jointly funding the project.  Federal Highway Administration staff provide construction management and general contract oversight.

Future project work, anticipated to begin in August 2019, will require a full trail closure. Upcoming work will include restoring the Daley Rankin Tunnel, rockfall mitigation, retaining wall construction, and finishing the remaining trail improvements. Paving the length of the trail and the Lyre River Trailhead parking area will occur in the final phase. Completion of the Spruce Railroad Trail project is anticipated by summer 2020.

Keep in mind that there is road construction off and on all summer long along Lake Crescent, so plan ahead and expect a few delays. Don’t let that stop you from exploring here though:

The Spruce Railroad Trail follows the historic railroad grade of the Spruce Railroad, built in 1918 and abandoned in 1951. When the project is completed in 2019 it will become a signature piece of the 134-mile long Olympic Discovery Trail that will eventually connect Port Townsend to La Push—Puget Sound to the Pacific Ocean.

The Spruce Railroad Trail, which was built as a working railway during World War I, was going to be used to transport Spruce trees to Port Angeles to build airplanes during the war. However, before the railway was completed, the war ended and the forest was not harvested. Today, the trail offers some of the most majestic and scenic views along the iconic Lake Crescent.

The trail is long, but flat, making it perfect for the family in nearly any weather. It is almost 8 miles round trip, but it is one of the few trails in any National Park that allows dogs and bikes. On the Spruce Railroad Trail, one can see many things, ranging from scenic views and railroad tunnels, to deep swimming holes and abandoned telegraph poles. One main highlight of the trail, aside from the gorgeous lake and trail tunnels, is Devil’s Punchbowl. During warm weather, Devil’s Punchbowl is the ideal swimming hole. At nearly 100 feet deep next to the cliff, it is a relatively safe place for swimmers and divers to jump for joy into an alpine lake.

LEARN MORE ABOUT LAKE CRESCENT AND HOW IT WAS FORMED HERE.

Flat and easy to follow, the Spruce Railroad Trail is both bike and dog-friendly, something incredibly rare in Olympic National Park. With a great swimming hole a mile down from the parking lot, as well as a chance to look in old train tunnels blasted in the rock, this trail is fun for hikers of all ages and abilities. With impressive views of Mount Storm King, as well as a chance to see people in canoes, kayaks, SUPs and numerous other styles of boats, this leisurely walk along the shore is sure to be a favorite.

For current trail, road and travel information, visitors should consult the park website at www.nps.gov/olym or call the recorded Road and Weather Hotline at 360-565-3131. 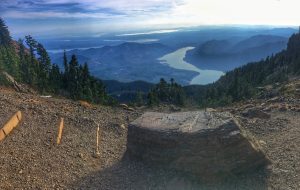 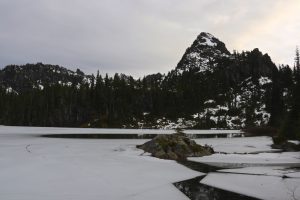