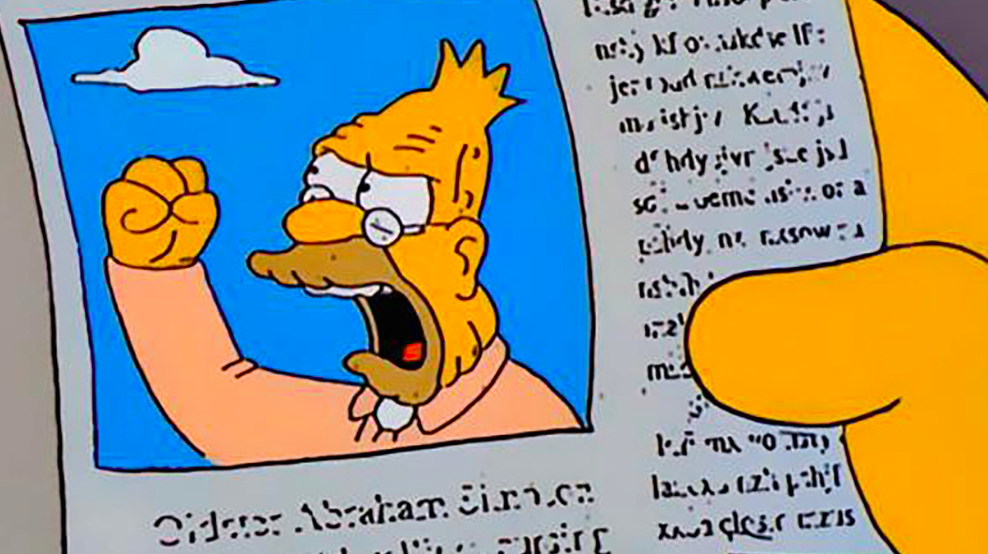 If life were a cartoon, he would have shaken his fist and called them whippersnappers.

There isn’t a single style of nature lover that doesn’t seen to catch some flack from a hiker or two. I hike alone, people lecture me. I see people hiking with dogs in the National Park, I lecture them. Some hike too fast, and they get yelled at, others hike to slow and they get terrible looks and disparaging comments. The outdoor community is full of self-righteous people, myself included. Most of us feel that the way we conduct ourselves in the wilderness is how it should be done, everyone else’s way be damned. The disagreements usually stay on the trails and in the message boards, but at the northern terminus of the Appalachian Trail, it is getting much more nasty.

For those unfamiliar with the New York Times article about the possible change to the ending of the trail, let me quickly sum it up. The whole brouhaha started on July 12th, when a man completing the Appalachian Trail celebrated on the summit of Mount Katahdin, a 5,269 foot rocky summit in Baxter State Park.

The man was Ultra-runner Scott Jurek. On July 12, in a record time of in 46 days, eight hours and seven minutes, Scott had completed the 2,190 mile trail. At the summit of the mountain, he was met by friends and reporters, all eager to celebrate his amazing accomplishment. His friends gave him a bottle of champagne. Excited, he sprayed the champagne into the air, took a few drinks, and then sat down to answer questions. When the hubbub was over, a park ranger watching the entire event gave Scott three citations (1-having too large of a group, 2- drinking alcohol, and 3-littering) totaling $600 in fines. Scott and his support crew claim to have gotten verbal permission from a ranger earlier for the alcohol and the crowds, but all of that is irrelevant. Scott Jurek set a new record on an amazing run and had every right to celebrate. It isn’t like he was just an average person out on a stroll. This was a dude who ran from Georgia to Maine in less than a month and a half, all while reportedly helping take piles of trash, and his own toilet paper, off the trail. (UPDATE: http://blog.scottjurek.com/post/128737480319/case-dismissed)

Hiding is his office, or under a bridge, or more likely working a long and hard day, Jensen Bissell got angry about Scott’s behavior.  The New York Times says he was “incensed,” and that is a great word for it. Jensen, who is the Director of Baxter State Park, took to the park’s Facebook page and wrote a 565 word rant, highlighted by a paragraph on corporate sponsorship. Apparently, the logos on 41 year old Scott Jurek’s clothes and support vehicles were too much for the 61 year old Jensen Bissell. Because Jensen was upset at the perceived corporate sponsorship of the wilderness, he threatened to move the trail, which has been the same for 80 years, off Mount Katahdin. Damn those kids.

The post drew a crush of online comments. While some lauded Mr. Bissell’s stance, the majority found it churlish and unprofessional. Readers were dismayed that he had singled out Mr. Jurek when so many others routinely celebrate with alcohol and are not given tickets. They said Mr. Bissell had missed an opportunity to turn Mr. Jurek’s staggering physical accomplishment — the equivalent of running nearly two marathons a day — into a positive for the park.                   – Katharine Q. Seelye, New York Times

Jenson’s arguments aren’t without merit, and I truly understand his concern. Baxter State Park is getting increasingly more popular, and overcrowding has become a serious issue, especially for people who aren’t used to the etiquette of the outdoors. However, by lashing out on a runner, instead of the constant lack of funding our parks of all levels are faced with, he comes across as stubborn, bullheaded, and honestly, kind of a dick. If this was indeed about limiting the number of long distances hikers in the park, he could have reacted better, especially for someone who has been in charge of the park for over a decade.

Through his words on Facebook and again in the New York Times, Jensen Bissell comes off, correctly or incorrectly, as a bitter old man. He sounds mad that the “kids” are doing something different in nature instead of sticking to his idea of wilderness. He is one of the many voices that in one breath calls for more kids and millennials to explore nature, but chastises them in the other, once they stop behaving exactly how he wishes. Sure, he gets his point across by gaining national attention, but he has tarnished a park and mountain I had never heard of until Scott Jurek ran there. As the champaign shot up in the sky, I was drawn to the picture for the beauty, failing to see corporate sponsors, instead seeing the wilderness in all its splendor.

I understand that Scott Jurek had to get paid to take 46 days away from any income, and can tell you by his website that he isn’t rolling in money. His accomplishments brought more press and fame to Baxter State Park and the Appalachian Trail than to himself, and the website I mentioned talks about his great work as a wilderness steward. He did this for notoriety, sure, but he also did this to draw attention to a place I am assuming he loves. Those in the region will forever talk about the A.T. and Mount Katahdin and his time, but in a few years, will any of us remember Scott’s full name or his sponsors?  Do you think he really minds? 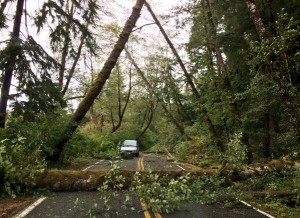 Next post September Snow: Coming Soon to a PNW Mountain Near You?