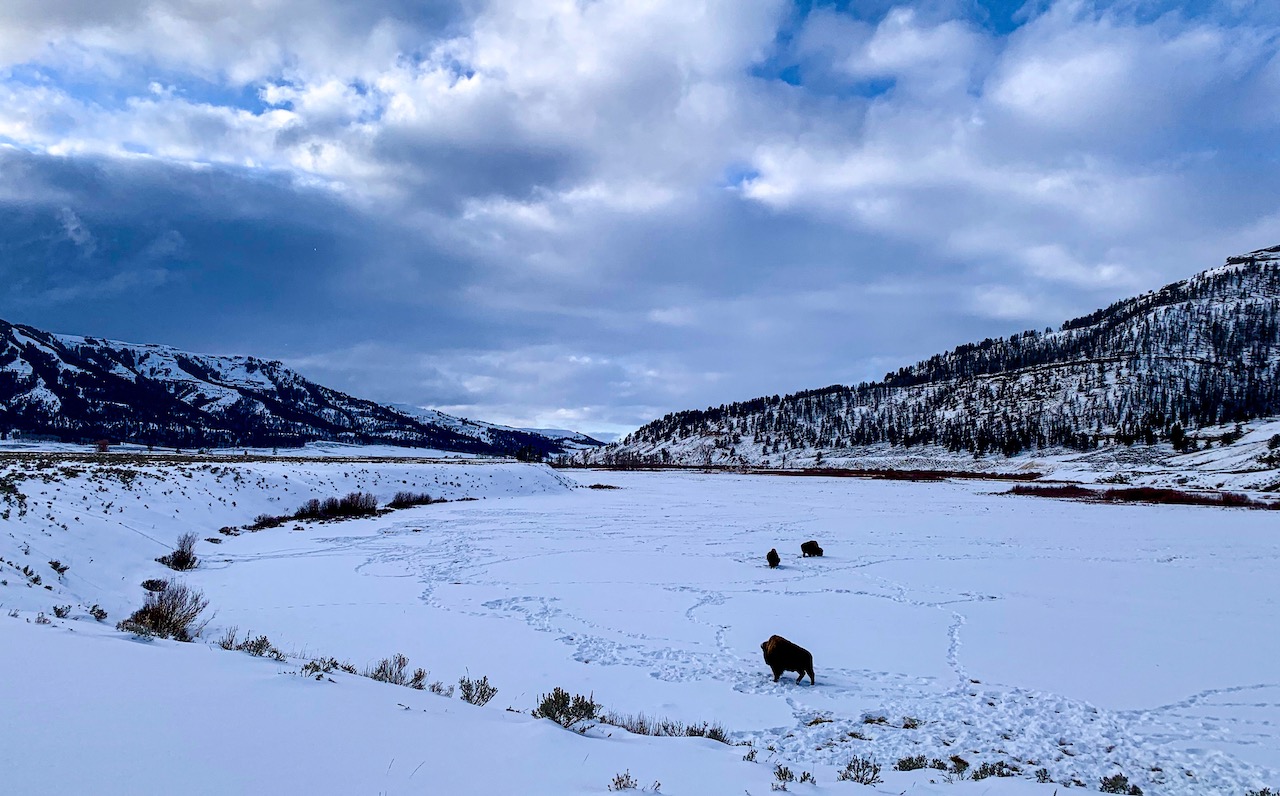 We all have scars. Some visible, some hidden, some physical and some emotional, but everyone has at least one. At least, those who have lived, loved, lost, and limped. Some scars eventually fade and are all but forgotten without the perfect light. While we typically hide our scars as best we can, scars are identifying markers, telling stories with their forever changed skin. During the winter of 2019-2020 in Yellowstone National Park, one scar bridged nearly two years of memories between a human and a bison.

The story starts with me, trying to heal a scar that wasn’t visible to anyone. Two years ago, I stopped at pullout in Yellowstone National Park. I wouldn’t have admitted at the time, but I was deeply depressed and plagued with anxiety. My spirit was low and I was ridiculously unhappy; I was struggling to understand what the point of any of this thing we called life was and was hanging on by a thread. This is a common theme for me and one I work to heal, but every so often, I get very low. To cope, I used to bury myself in vices, hoping to numb the pain I felt. Numbing my brain worked wonders, but this wasn’t a way to heal myself. Each time I buried myself in a vice, the effort to get back to normal become a harder climb. A decade ago, this routine became unsustainable and I had to find a way to start to heal.

As a kid, nature made me happy, so I gave that a shot. I started hiking, wandering and sitting in Olympic National Park. My stress would fade for a bit and I would once again become myself. This became my routine and now, when I start feeling the first pangs of moroseness invade my thoughts, I head out into the wilds of America’s Public Lands. It is on these lands of natural beauty that I feel my sense of uneasiness fade away. It is here that I feel my scars start to heal.

In the winter of 2017-18, I was sitting at the pullout for a reason, not just to contemplate the root of my sadness. As I drive up to the pullout, I had spotted a bison with a huge wound on its side. It was part of a small herd of bison that was searching for food in the early winter’s snow. The wound looked rough, slowly healing from what I assumed was an injury suffered during the rut. A chunk of fur, from the spine down to the front shoulder, was missing. Right in the middle of this area, the impact from battle still looked agitated, with white scar tissue mixing alongside the reddish brown of seeping wound.

The bison seemed unfazed by the healing wound that occurred months ago. To it, it had bigger issues than worrying about the now, mostly healed, injury. Winter was just setting in and fresh snow was on the ground. Temperatures had plummeted at night to below zero Fahrenheit and high temperatures were considered downright balmy when they got above 20. The bison, with its massive head, tossed snow from side to side, exposing the grasses it needed to consume to survive.

I sat and watched the bison eat for around 10 minutes. Over and over, its massive skull would wave back and forth, clearing snow and eating what it found. I snapped a picture or two and left, wondering if the bison would live through the winter and see warmer days. Pessimistically, I doubted its survival and started my car to leave. The bison, like my hopes for being able to follow my dream of writing and sharing the powers of nature, was more than likely going to die. I moved deeper into the park, heading into Lamar Valley where I planned to take a snowshoe adventure and work on my current state of mind. I don’t recall what I did that day, but I do know that by the time I drove through the iconic arch in Gardiner, Montana, I was in a much better mood and had a positive outlook. The healing power of nature had once again hidden my scars from even myself.

Twenty three months passed, with many highs and lows for me. There was success and loss, extreme happiness and devastating sadness. Each low I faced was met with a trip one of the nation’s many Public Land areas, once again healing me enough to climb out of the mental abyss. As 2019 was in its final days, I noted to myself that compared to the winter day in 2017, I was much happier and full of life.

During the last week of 2019, I once again found myself in Yellowstone, this time for happy reasons. I had decided to have a holiday season to myself, spending as many moments as I could in the place that soothes my soul. On a snowy, cold day, I was once again snowshoeing in Lamar Valley, this time exploring up to Cache Creek. The weather was less than ideal that day and visibility was low, granting me very few mountain views and even fewer glimpses at the wildlife that calls the American Serengeti home. A mile or so from the car, three male bison were grazing. Absent-mindedly, I took a picture of the bison with my iPhone XR, placing the bison in the foreground with the snowy hills flanking them on either side. I figured, like many pictures I take, that I would delete it later. As I made the final strides to the trailhead, I took another picture and ended my day.

Returning home from a blustery, solo snowshoe trek, I glanced at my pictures on my phone. I figured I would edit them and see if they were worth keeping. As I was editing the first picture, I zoomed in on the bison closest to me to check the clarity of the image. What I saw left me speechless. There, on the left, front shoulder of the bison, was a scar.

Could this really be the bison I had seen nearly two years earlier?

I was mad I didn’t take out my DSLR to take a picture of those bison, but I am a bit jaded with bison sightings in the park. Because of my lack of photographic evidence, I will never know for sure if this is the same bison that I had seen when we were both healing. The optimist in me believes it is the same one. Both bison were in the park’s northern range. Both bison had similar shaped horns. Both had a scar in the same location, as far as I could tell.

If this is indeed the same bison I had watched a few winters ago, I wish it could talk to me. I would have loved to hear how it healed and survived. I would love to gain insight and understanding on the rigors of life in Yellowstone’s Lamar Valley for a bison. Instead, I can only assume and daydream that the bison and I both have healed, for the most part, from the scars we had that winter’s day.

Many will probably tell me that a lot of bison suffer injuries like this and that there is no way that it is the same one. To them, I will ignore their words and know that this is the same bison that I watched and doubted a few years ago. We are both stronger now, still fighting to survive and understand our role on this planet, both hopefully wandering Yellowstone until the final light inside us both is extinguished.

Previous post Twas The Night Before Christmas on the Olympic Peninsula 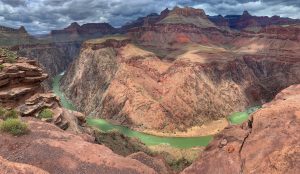