Over the last 32 years, the forests of the Olympic Peninsula have slowly been returning. Recovering from the heyday of the logging industry, hillsides and valleys, ridge lines and fields have once again become filled with trees. Thanks to a series of satellite images, we can now see just how much of the Olympic Peninsula has been reclaimed by nature. In just over three decades, the region is starting to recover from the sixty years of mass deforestation and we think it looks awesome.

I grew up in Grays Harbor County in the 1990s. I have the therapy bills to prove it.

During my time there, I watched the final gasps of the logging industry and witnessed the plug being pulled on numerous communities around the Olympic Peninsula. I lived in the shadow of the rainforests when nearly every home had a bright orange or yellow sign reading “This home supported by timber dollars.” I was in school during the spotted owl controversy and lived in the region when Olympic National Park was consistently the 4th most-visited National Park in America. As a kid out on the Washington Coast, I heard from old timers in the Harbor about how environmentalists were ruining the region and I was told by environmentalists that loggers were killing everything in sight and wanted every tree cut down. I watched the battle between conservationists and industrialists, and unlike many on both sides, I understood the value in each. When I moved away from the area in 1997, there wasn’t much of a logging or mill economy in dozens of towns around the region, with the blame falling on owls, tree huggers, Clinton and the Japanese. The year I moved, Olympic National Park was gaining in popularity and saw it’s busiest year on record, which still stands in 2016. In 1997, but nobody was certain which side would prevail. Now, we can see who was “victorious.”

The maps above almost look like they are captioned incorrectly, but I assume you, they are correct. Environmentalists assume that with each passing year, the Olympic Peninsula is losing more and more forest land. Yet, between 1984 and 2016, the region’s most logged out sections have started to grow back, healing from the scars of the timber industry. The forests aren’t huge, nor are they the same level of health that they were before they were initially logged, but they are returning. They aren’t the prettiest of woods and have few trails in them, but they are growing and slowly returning to a sliver of their former glory.

During the 32 years between images, the region saw once thriving cities like Aberdeen and Hoquiam on the verge of collapse, while towns that once depended on lumber jobs, like Forks, transforming into world renowned tourists destinations. The switch to tourism has positively impacted cities and towns around the Olympic Peninsula, bringing in millions of dollars each year to the service industry. The Olympic Peninsula, since 1984, has seen a rise in consistent, dependable jobs. Employment that was lost when logging jobs left has been replaced with safer, more sustainable job for all. Aberdeen and Hoquaim are outliers to this, as their economic collapse started during the 1970s, when mill jobs were lost as raw timber was sent overseas. These towns are transitioning toward tourism, but face an uphill battle.

Some, from all over the world, will view these pictures and say that it is time to start logging the region again. If logging does return, it remains to be seen if it can be done properly and not negatively impact the entire ecosystem of the region. The trees have shown, thanks to huge planting projects, that they can grow back after logging. However, the rivers and creeks in the logged out areas are more prone to slides and have seen their salmon populations nearly wiped out. If logging does return, it can not be as reckless as it was during the last century. It has to be sustainable. Will this be possible? We will see.

While environmentalists will look at these images and beam with pride that the logging seems to have slowed, there is still work to be done. The collapse of the logging industry has caused economic issues around the Peninsula that have been ignored for decades. Logging was what you did if you lived out in Grays Harbor or on the Peninsula and today, there are few jobs outside of the service industry. While the trees have grown back, the badmouthing and down talking to logging communities has created a deep divide that needs to be healed. Logging is needed, tourism is needed, wood is needed and outdoor recreation is needed. We have to come up with a way to cut down the trees we need, while protecting large sections of land for future enjoyment. Demonizing an industry (on either side of this argument) and a way of life is not the answer, nor is cutting everything down.

The issue of logging versus environmentalism is complex and won’t be address any more than what I just wrote in this quick article. For most, the battle for protection of the old growth forests on the Olympic Peninsula rages on. It should be known that I am a huge advocate for Wild Olympics. The Wild Olympics Wilderness and Wild & Scenic Rivers Act, reintroduced last year by U.S. Senator Patty Murray and Representative Derek Kilmer, would permanently protect over 126,000 acres of new Wilderness areas in the Olympic National Forest, and 19 Olympic Peninsula rivers and their tributaries as Wild & Scenic Rivers – the first ever Wild & Scenic Rivers on the Peninsula. Designed through extensive community input to protect ancient forests, clean water, and enhance outdoor recreation, the Wild Olympics legislation has been endorsed by over 550 local businesses, sportsmen organizations, outdoor recreation groups, faith leaders, conservation groups and local elected officials; and more than 12,000 local residents have signed petitions in support. The best part of this is that it won’t impact any regions that can be logged. From everything I have read and from the bill itself, current logging jobs will not be impacted by this legislation! This is a positive step and needs to be supported.  Sign the petition and help preserve these amazing lands.

MORE IMAGES OF THE REGROWTH OF OLYMPIC PENINSULA’S FORESTS

To look at more areas and how they have changed since 1984, follow this link and play around with the map. It is fascinating to see just how much every city, forest and region of the world has changed in the past three decades. For good or ill, take a look at the map, play around and see how much humans are impacting the planet we live on. It is the only one we have. 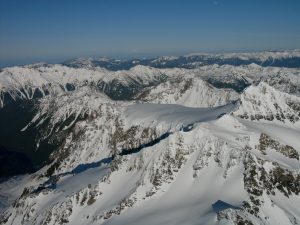 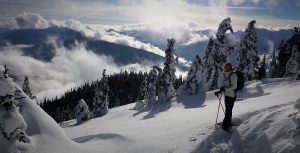 Next post Olympic Inspiration: Taking in the Winter Wonderland at Hurricane Ridge