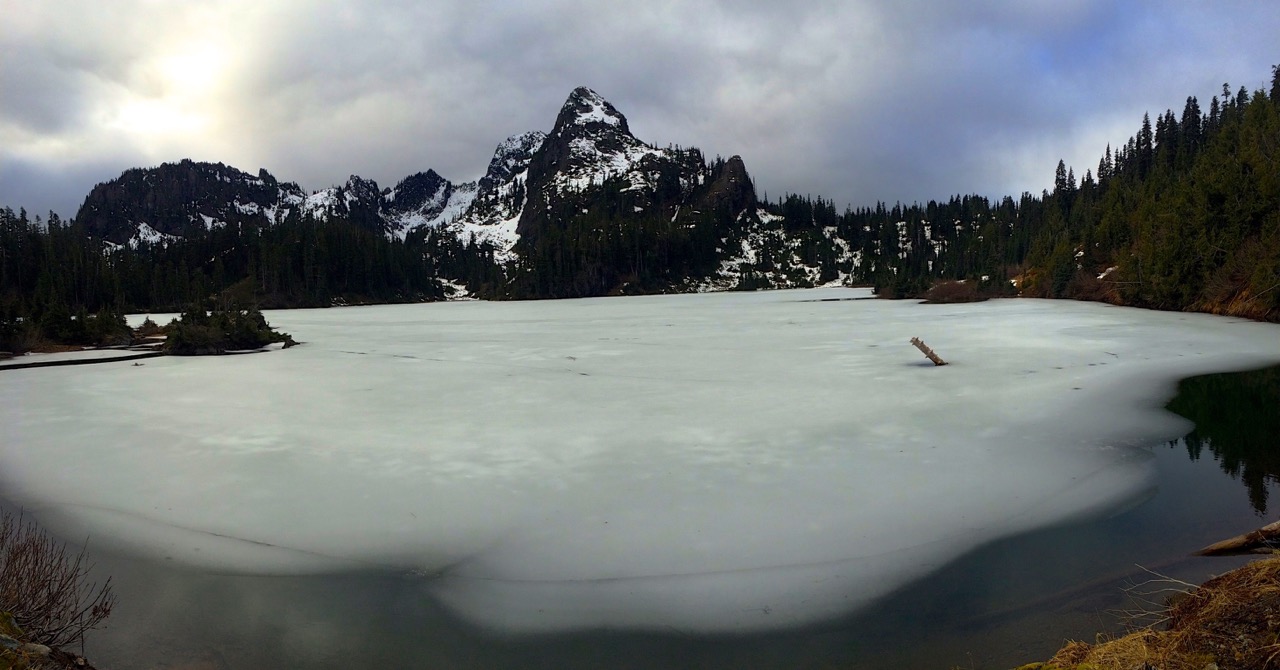 After two straight days in the 60s with mostly sun, the world as I know it is changing before my very eyes. The Olympic Peninsula has been declared by Jay Inslee, the governor of Washington State,  to be in a drought.

Not drought in the California, way either. The stereotype of the Pacific Northwest being a rainy place is true, but even that is changing. A winter in the lowlands of the PNW usually consists of an estimated 50 days of 40F and rain, with a few snow events and fewer warm spells to break up the monotony of gray. This winter, we saw heavy rains, followed by sunny, clear and warm days, which are unseasonable here. Historically, winters in the Pacific Northwest are tough, nearly destroying the morale of the Lewis and Clark expedition. All of the gray means rain in the lowlands and snow in the mountains, but this year, it didn’t happen that way.

On Friday the 13th, appropriately enough, Maia Bellon, who is the director of Washington State’s Department of Ecology,  exclaimed “As of this very moment, the projected snowpack is 4% of normal in the Olympic Mountains.”

The news to many came as no surprise. We knew it was bad. The majority of locals had given up on winter by Valentines Day.  The regions’s skiers and snowboarders felt cheated out of buying a season pass, with only a handful of days the areas had enough snow to operate. Hurricane Ridge in Olympic National Park is home to one of only three ski operations in the National Park Service, but was unable to open because it couldn’t receive the 26 inches it needed. It wasn’t as if it even got close. Once, in December, it had 24 inches, but within a week it had mostly melted away. The 5,250 ft Hurricane Ridge ski area can easily receive 10 feet of snow, and in 2014-15, got to a base of just two feet.

The precipitation was in the region, just not falling as snow.  Forks, Washington, an historical lumber town on the edge of the Hoh Rainforest, has received over 30 inches of rain in the first 13 weeks of 2015. On March 25, conditions along the Hoh River looked downright normal, with muddy trails, misty mountains and dripping moss. Yet, as I walked along the glacial-fed river, I knew what was going on in the mountains and knew everything was not normal.

The Olympic mountains cradle America’s rainforests,  with all snow and glacial melt feeding the luscious life in the river valleys below. Rocky, craggy and remote, the mountains become majestic in the winter months. The snow level in the mountains during the winter typically hovers around 3500 feet. Forest Service roads plan accordingly, closing vehicle access to popular areas, turning the roads into hundreds of miles of snowshoeing and skiing adventures. Outside of Olympic National Park’s Southeast Entrance, one popular winter hike is Mount Ellinor.

Mount Ellinor is a hikers dream mountain, seeing over 20,000 people work their way up the trail to the rocky mountain-goat filled summit. The views are unrivaled anywhere in the country, offering glimpses stunning panoramic views of the entire Pacific Northwest. From the top, you can see the Seattle skyline, Mounts Rainier, St Helens, Baker, Glacier Peak, Adams and Olympus, as well as the entire Puget Sound and Hood Canal. In the summer, the peak is snow-free, and better day hikers reach the summit with just over three miles of hiking up a steep, rocky trail. In the winter, the hike becomes more difficult, requiring the ascent up the winter route, which climbs through an extremely steep, often narrow avalanche chute. A winter climb up the mountain can be an exhilarating experiencethanks to the descent, which turns into a glissade of over 1,500 feet. The winter of 2014-15 was one of the rare years where not only was there not a glissading path, but there wasn’t even a need to climb to the summit on any trail but the summer route. On December 31st, I was lucky enough to hike to the summit in knee deep snow, one of the few days it was possible this past winter. My experience on Mount Ellinor is something anyone who climbs mountains in Washington State understands.

“Currently the snowpack statewide on average is 27% of normal. The forecast, which is disconcerting, calls for no snowfall in spring and for warming” – from Maia Bellon, director of Washington State’s Department of Ecology.

Other traditional winter experiences didn’t happen this year, due to our drought. In a normal end of winter/early spring trip, the sounds of avalanches falling is something backpackers to the Enchanted Valley in the Quinault Rainforest are used to hearing. Thirteen miles from the trailhead at Graves Creek in Olympic National Park, the Enchanted Valley has been one of the most sought after backpacking destinations, and an amazing place to se winter and spring. In early spring of 2014, I headed out with a team to see if moving the Enchanted Valley Chalet, a three story building in the middle of the rainforest, away from the banks of the Quinault River. The river, which wildly shifts course, had started to undercut the foundation of this historic structure. While in the valley, we watched, from the shadow of the Chalet, as huge avalanches careened down the rocky cliffs across the river. In 2015, this will not happen, as there is no snow substantial snow anywhere around the valley.

The Quinault River, like most rivers on the Olympic Peninsula, many of which start from one of the 311 glaciers in the Olympic Mountain Range, are home to millions of salmon. In the fall, a seemingly endless stream of salmon fill the rainforest-lined rivers of the Olympic Peninsula, ending their lives after spawning on the same stretch of river that they were born on. On the Skokomish River on the eastern slope of the Olympic Mountains, Salmon Researchers are concerned about the possibility of low flowing rivers.

“When we have low stream flows, the water is likely going to get warmer, holding less oxygen. Low flows also can mean less rearing space, meaning fewer smolts. Additionally, some of the food sources for juvenile salmon may dwindle as a result of the higher temperatures.” -Seth Elsen, Communications Manager at the Hood Canal Salmon Enhancement Group. Read the whole article.

The health of the salmon isn’t the only wildlife issue that has locals and researchers worried. Off the coast, and along the 73 miles of wilderness beaches of Olympic National Park, starfish are melting away. A disease, called Starfish Wasting Syndrome, is currently responsible for one of the largest die-offs of an animal in history. While hiking along the iconic sea stacks of Point of the Arches at Shi Shi Beach, I was shocked to find to find not one starfish. This normally popular area for tide pools looked to be a barren wasteland, with few signs of life in the pools of salty water. Up and down the coast, and even around the straight of Juan de Fuca and along the Hood Canal, residents who live along the coast and watch wildlife have been noticing a lack of life in tide pools.

It is hard to image, with melting icecaps turning the waters more acidic, millions of tons of trash making an island the size of Texas, the burning of fossil fuels and a dozen other signs, that the environment is in bad shape. By saying that, I know I have immediately angered 39% of America that doesn’t believe global warming, or climate change, or whatever else people call it, is real.  They will scream and beg for scientific proof that they could easily find on their own with the magic of Google.

All I have done is present the facts of what I have seen. I have hiked thousands of miles along the coast, in the rainforest and up to snowy peaks on the Olympic Peninsula, as well as growing up in the region. I know the area, the weather and have been watching it for over three decades. The winter of 2014-15 was a bad one, and if this is a sign of what is to come, the face of America’s rainforests will change, and not for the better. I fear for our fire danger throughout the west, and I sincerely hope we are all wrong about this…but why not prepare for everything, after all, we all hike with the 10 Essentials, just in case, right? 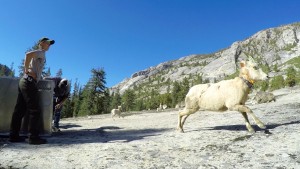