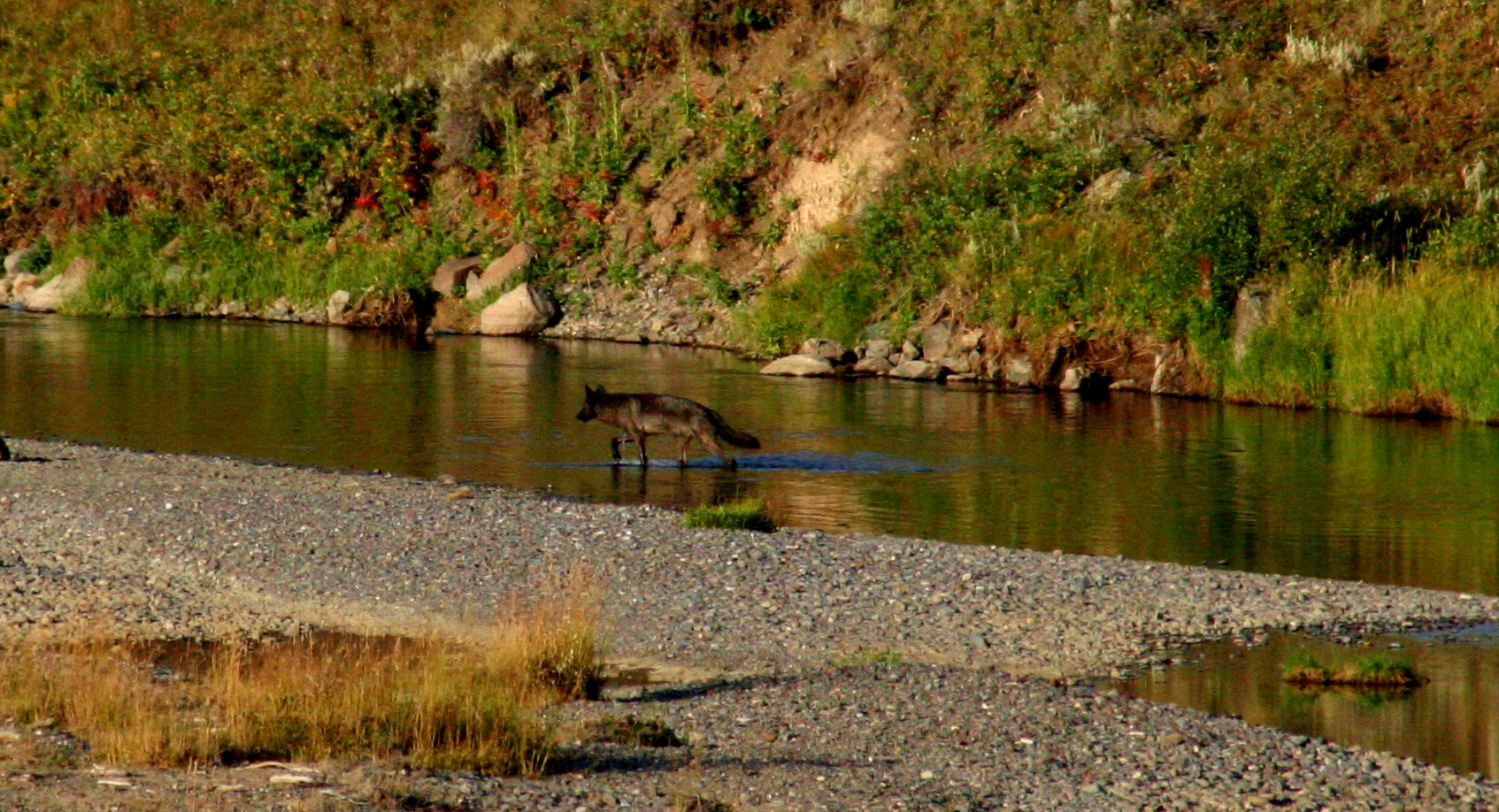 Just days after the first confirmed wolf was hit by a car on Interstate 90 near North Bend in Western Washington, Snoqualmie Cattle Company released a picture from earlier in the week of the same wolf from a trail camera. On their Facebook page, the black female wolf is easily seen walking near a trail camera. Under the posting, the debate about wolves rages on, with people coming out on both sides of the wolf debate.

While the wolf pictured is now deceased, it is time western Washington starts addressing the wolf issue that is slowly coming our way. Wolves were not reintroduced after their massacre in the late 1800 and 1900s, with those working their way to the region from Idaho and Montana. Currently, wolves in Western Washington are protected under the  Federal Endangered Species Act, though their existence on the western slopes of the cascades is not recognized by any federal or state agency.

While many hunters and ranchers in Washington State are against wolves, most loss of life to livestock due to wolves can be replaced, according to the  Wolf Fact Sheet created by the Washington Department of Fish and Wildlife.

Although wild wolves primarily feed on elk, deer, and moose, they will occasionally prey on domestic livestock.  Livestock producers can prevent or reduce the chance of such attacks in several ways, including removal of sick, injured, or dead livestock from grazing areas, use of herders and guard dogs, keeping livestock in pens or corrals at night, and delay of livestock turnout on grazing areas with wolves until after calving.

Because wolves are listed as a state and federal endangered species, it is illegal to kill, harm or harass them. Wolf sightings and suspected wolf depredation on domestic animals should be reported to federal or state authorities who will investigate incidents and take appropriate action to resolve problems.

If a livestock depredation by wolves is confirmed, the livestock owner may be eligible to receive compensation for the animal(s) lost.  The private non-profit group, Defenders of Wildlife, funded compensation to livestock operators for confirmed and probable wolf killed-livestock through the Bailey Wildlife Compensation Fund … If funds are available, livestock operators in Washington may be eligible for compensation from the Washington Department of Fish and Wildlife for livestock losses determined to be confirmed or probable wolf kills.  Funding for proactive measures to prevent wolf-livestock conflicts may be available from Washington Department of Fish and Wildlife or the Defenders of Wildlife Proactive Carnivore Conservation Fund.

To be better informed, take some time to check out the Washington State Department of Fish and Wildlife’s website dedicated to Gray Wolf Conservation, Management and Facts.