It seems like we shouldn’t have to remind people that wild animals are wild, but recent events online have prompted those interested in being good stewards of the land to make sure we remind everyone. In the past few days, the internet has been buzzing about an incident in Yellowstone National Park where a sow (mother black bear) and her three cubs get stuck on a bridge over the Yellowstone River.

In the video below, the bears get trapped on the bridge, surrounded by throngs of tourists taking pictures and videos of this young family. Panicking, the bears start running to get off the bridge, only to be thwarted by slow moving, careless humans who seem to not understand that what they are doing is dangerous.

As the video shows, the people out of their cars are seemingly unaware of the danger they face. They leisurely stroll back to the cars as the worried bears try to figure out how to get back to their natural habitat and off the bridge. This scene plays out in our national parks, day after day, week after week, year after year

I was 20 years old when I worked at a campground just outside of Yellowstone National Park. It was my first summer job in the wilderness, and one that taught me about how little the average visitor knows about wildlife in America. Located just a mile from the entrance to Yellowstone, my days at work were spent checking people in to the campground, and answering any number of questions they might have about the region, the park, and of course, the wildlife.  At least three times a day during my 8 hour shift at the front desk, I would be asked one, if not all of the following questions:

“Where can I see bears?”

“What time are the bears let out of their cages?”

“The animals here are tame, right?”

“Who trains the bears and where can we watch the training?

The questions initially came as a shock, and at first I assumed the people were just messing with me. Instead, I realized that the average America’s level of awareness of nature is next to zero, with the majority of information being fed to them through sensational TV and Disney. When most people hear about wildlife, it is because of an animal attack or some other “danger” to civilization. Wildlife tends to be associated more with fear than beauty on our screens, and frankly, I am getting tired of that.

Incidents like the Yellowstone River Bridge bear video provide a great opportunity to teach and remind people about the appropriate behavior in wildlife, yet media groups around the country seem to do an absolutely terrible job reporting on it, going with sensationalism rather than common sense. While the video linked does eventually get into safety tips, it still does so with footage that sends the wrong message.

The bears in the video above were trapped, frightened, and looking for a way off the bridge. The tourists who left their cars did so for a better glimpse of the bears, not to enjoy a hike in the region or stand on the bridge. The incident would have been a non-issue if people followed the wildlife watching guidelines by Yellowstone National Park, instead of letting their mob-mentality take over. These are wild animals, and need to be respected, not just seen as another notch on the belt of wildlife viewers.

Do not approach bears or wolves on foot within 100 yards (91 m) or other wildlife within 25 yards (23 m). Keep a safe distance from all wildlife. Each year, park visitors are injured by wildlife when approaching too closely.

Use roadside pullouts when viewing wildlife.

Use binoculars or telephoto lenses for safe viewing and to avoid disturbing them. By being sensitive to its needs, you will see more of an animal’s natural behavior and activity. If you cause an animal to move, you are too close! It is illegal to willfully remain near or approach wildlife, including birds, within ANY distance that disturbs or displaces the animal.

Watch our wildlife safety videos and see the power of large wild animals. 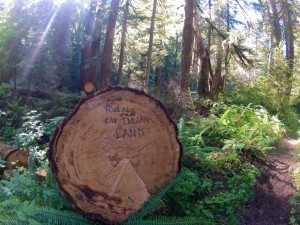