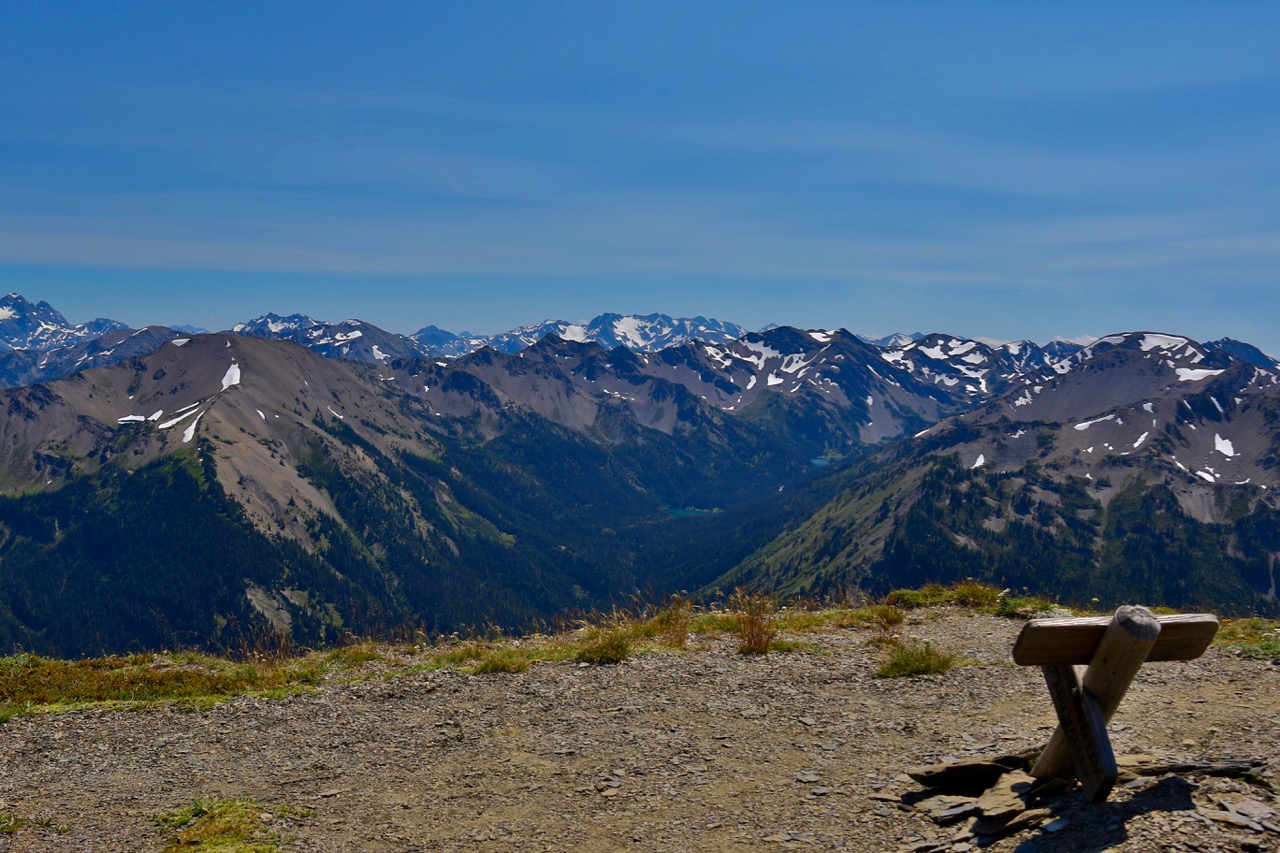 I was somewhere near Roaring Winds when the wanderlust began to set in. I remember mumbling something like “this place is flippin fantastic,” but not loud enough for anyone to hear. As a sea of ridges and snowcapped peaks rippled with the faintest wisps of smoke as far as the eye could see, I knew that this would be an adventure that would stick with me for a long time. As my eyes darted out toward Mount Olympus, and then back to the Salish Sea, I sat next to an old wooden sign, slightly askew, like me.

The west was on fire. It was summer, after all. The new normal promised to be murder on the lungs, but great for the soul and the legs. I had been running and roaming the wilderness of the west endlessly, finding myself (and finding myself) in some of the most gorgeous terrain in the world. Now I was back on my home turf, the Wild Olympics. This adventure had led me me up to Deer Park, the pure wilderness sibling to the more-visited Hurricane Ridge.

Deer Park is full of fond memories. As a kid, we would take trips up to the top of the road to stargaze, witnessing meter showers and ISS flybys, enjoying the clear skies found nearly mile of elevation gained in just a few short miles from Port Angeles. Deer Park during my adolescence was always just that place we would go as a family. It took me a few years to realize the soul-nourishing quality that it possesses. That is why, I return to it any chance I can.

On this day, it would be a hike with a friend to Elk Mountain, then I’d run back solo to the car, putting in an easy and beautiful 14 miles for the day. The trail promises stunning views and yet, it always seems to exceed expectations. I was restless the night before, so we had checked out the fire burning near Hurricane Ridge, watching trees flare up and sending embers into the air with the stars. Lucky for us, the fire was small, allowing us to still take the planned adventure in just a few hours.

As the dew started receiving the first few rays of sunlight, we worked our way up the sketchy road to Deer Park. After winding through forest roads with drops and sharp corners, we reached the trailhead, eager and excited. Checking gear and then double checking gear, we sat in the parking lot for a few, enjoying the anticipation of what the day’s journey would bring.

Step after step, we started working our way through the forest section of the trail. While the first few miles of this trail are pretty enough, we wanted the sweeping views that we knew were sitting just a few miles ahead. We powered on, swapping stories about hikes and life, business and jokes, before the trail started rising in elevation again. As we rounded the corner, we were slapped across the face with panoramic bliss, nearly knocking us off our feet by the perfection of alpine wilderness. Somehow, with each mile walked, the views kept getting better, welling up our eyes as if our love of the region should fill the river valleys below. This is what makes the route between Deer Park and Obstruction Point so memorable. It only get more beautiful the farther west you walk.

The level of visual rewards on this trail are addicting. Even when you feel you should stop and eat, or drink some water, you continue on, impatiently wanting to see it all. Spoiled by wilderness bliss, we sauntered, rolling up and down the ridges, feeling every bit of the undulating trail, but ignorant to it because of the views. Without warning, we reached the fork on the trail.

In the distance, a handful of lakes sat in the valley below, which one route of the trail led to. The other part went to Obstruction Point, just a few miles from Hurricane Ridge. I’d be heading back after bagging a summit about a mile away. Resting before parting ways, we sat and ate while admiring the scenery.

It was here that I found a connection with the lopsided, wooden sign giving directions in the backcountry. Perfectly asymmetrical, the sign was laying in a way that the east-west trail wording was correct, while that should have been sign pointing down to the valley and lakes below was instead pointing to the heavens above the center of Olympic National Park. For me, the message couldn’t have been any more clear.

The center of the Olympics has been the center of my universe since wilderness saved me. It has been the place to refuel my adventurous spirit, nourishing and healing my soul with each mile explored.

The sign pointed to the center and that is where I knew I had to keep going. The Olympics are my fountain of youth, giving me the energy to continue to fight for our public lands.

*THIS POST WAS WRITTEN IN ONE HOUR FOR THE #NATUREWRITINGCHALLENGE 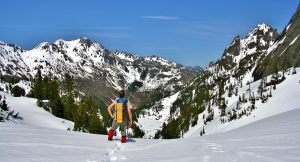 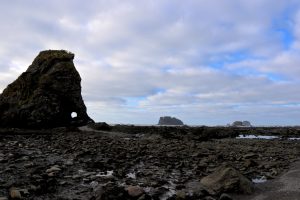