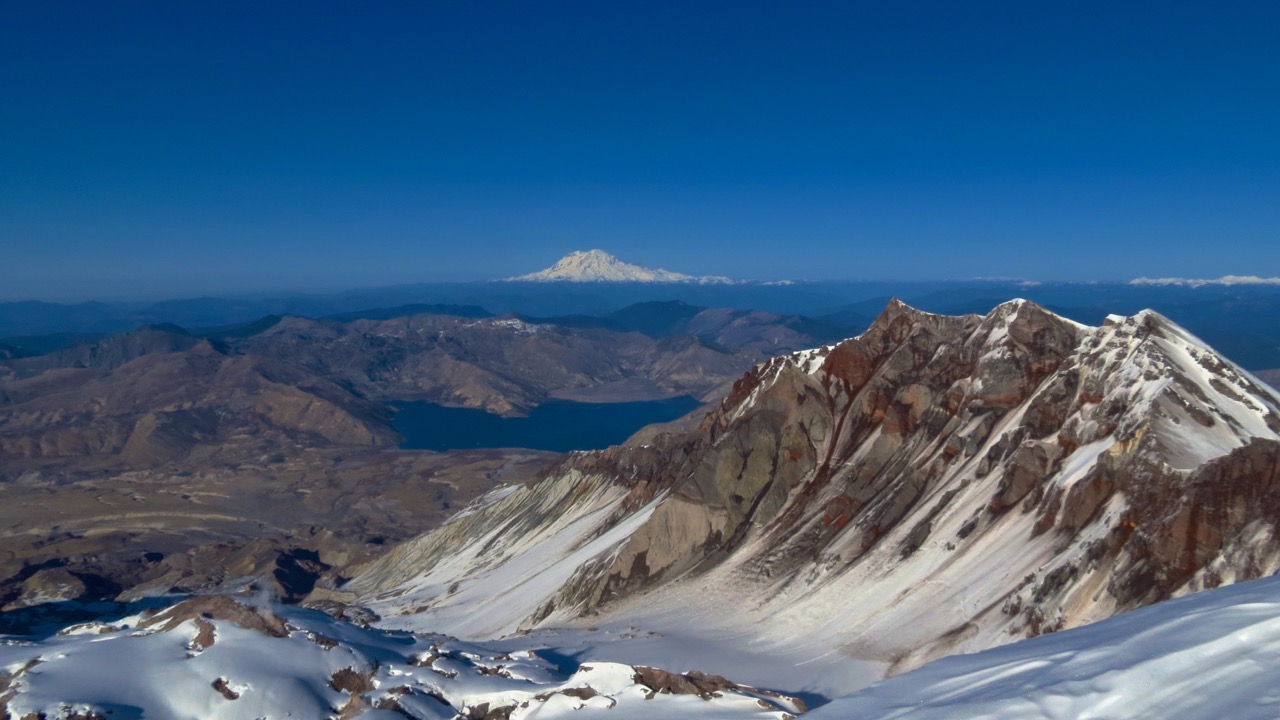 Mount St Helens is often overlooked, now a hollowed out shell of what used to be a majestic mountain in the southern Cascade Mountain Range in Washington State. On May 18th, 1980, the mountain, which once stood 9,677 feet above sea level, experienced a violent eruption. The eruption took 1,310 feet off the top and triggered the largest recorded landslide, shooting the entire side of the mountain at supersonic speeds to the north. The blast flattened everything standing for six miles. 57 people died that day, with countless others injured as their homes were destroyed by lahars down every river and stream. The landscape forever changed that day, all from a quiet little mountain less than 40 miles from the Columbia River.

I grew up in the shadow of St Helens, with ash in my yard from the 1980 eruption. I am little over a year too young to have been alive during the eruption, so to me the mountain was never really a true mountain. I climbed Mount St Helens for the first time as an 8 year old, and now, 25 years later and tens of thousands of miles of hiking later, I wanted to return to the summit of this still active volcano. I needed to see if it was as impressive as it was in my memories. Driving the 2.5 hours from Olympia on the last Saturday before we sprung forward our clocks by an hour, I needed to stand on this snowy summit, 8,363 feet above sea level.

I arrived at the parking lot at the Marble Mountain Sno Park, the winter and spring parking area to get to the summit. Known as the Worm Flows Route, named for the rocky, cooled lava flows along streams and creeks, this region is the fastest way up the mountain. Gaining 5,700 feet in six miles, the word steep doesn’t properly justify the ascent. Gathering my gear from my car, I walked past 93 cars, including a Tesla, in the parking lot and started on my way.

The first part of the hike was easy, through a small forest that doubles as a ski trail when we actually get snow in the winter. I wouldn’t encounter snow for another few miles and a few thousand feet of elevation gain, allowing me to quickly pace myself up through this area until I reached the first impressive worm flow. Emerging from the woods, the path splits and scrambles over rocky outcroppings and boulder fields before eventually reaching snow.

Taking a lunch break at the last bit of shade, I filled by stomach with as many healthy calories as I could, drank water and headed up the long snowy stretch above the tree line. Glancing up the mountain’s snowy slopes, I could see dozens of people lined up, slowly trekking up past the false summit. On this sunny, warm March day, it looking more like the traffic at the Hillary Step on Everest than Mt St Helens. While some would look at the busy trail as frustrating, the amount of traffic only added to the fun, as everyone was hoping to gain a view from the erupted volcano’s corniced summit.

Step after step, like a giant, snowy stair master, the climbing never relented. Churning my legs, I pushed myself up the mountain, taking 100 steps before resting for 10 seconds. Over and over, again and again- 100 steps, 10 seconds, drink of water, repeat. The steps dropped to 40 before resting as I neared the summit, not out of exhaustion, but out of appreciation for the climb. In a few hours of walking, I had come within 20 feet of elevation from the summit and I wanted to make the last few feet count. Awaiting my arrival at the summit, approximately 20 adults, 10 boy scouts and two dogs. I didn’t know them, but they cheered myself and the climbers behind me on, as the rim got closer.

The view was incredible. Far more dramatic than it was to me 25 years ago, I was awestruck at the power of the blast zone. The devastation is indescribable, and with steam rising from the growing dome of the mountains, the views life on the summit of Mt St Helens are life-changing.

The atmosphere at the summit was a beautiful blend of Cascadian optimism and climbers euphoria, the perfect blending of two of America’s most liberal states. The vibe on the mountain was Pacific Northwest church, worshipping wilderness while getting intoxicated by the power of nature. The feeling on the hike was like we got got high off of the volcanoes fumes, giggling off of heat stroke, exhaustion and excitement standing on the rim of a growing mountain.

The glissade down, occurring just an hour before the sun plunged into the sea to our west, couldn’t go fast enough. The melting snow from 70 degree sunshine was slushy, making the glissade slow and steady- but still feeling light years faster than the ascent. Mount Hood glowed to the south, Mt Adams to the east, each wrapped in colorful haze, smoke and pollution. My fellow hikers and I were racing the sun down to the trailhead, but the victor had been chosen hours earlier on our slow ascent. By the time we reached there parking lot, there was no light, except for the stars above us, brilliantly standing out in the pristine mountain air.

Everyone hiking down took a moment to pause, turn off our headlamps and reflect on life while gazing up into the vastness of the universe. We felt connected, part of the spirit of the mountain and the wildness of the upper left corner of our nation. The euphoria of the climb took hours to wear off, and even now, as I am back in front of my Macbook Air, glancing at pictures, the lactic acid in my muscles reminds me of the view, the climb, and what it means to stand on top of a summit, even if 1,300 feet are missing.

Four Images Showing the Lack of Snow in the Olympic Mountains 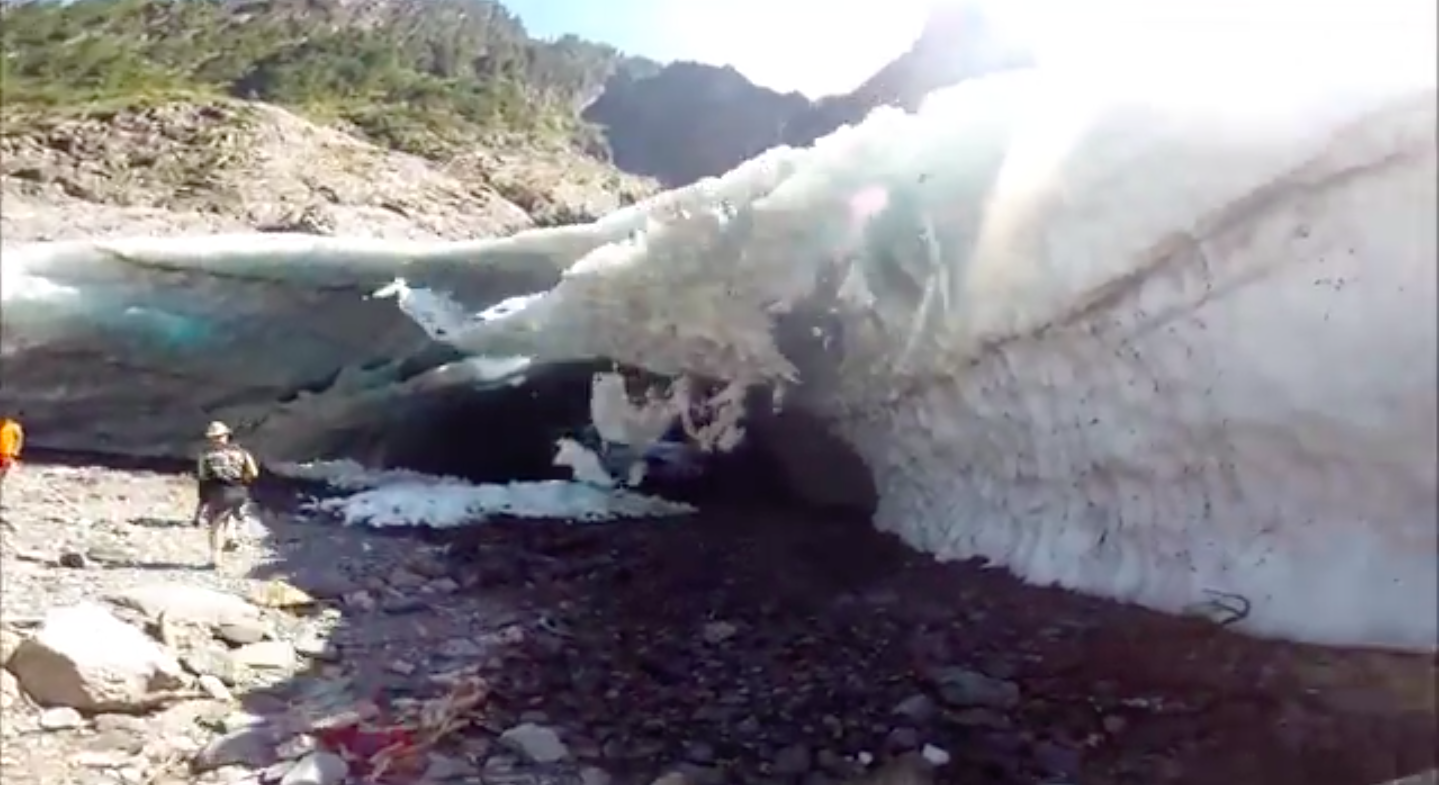