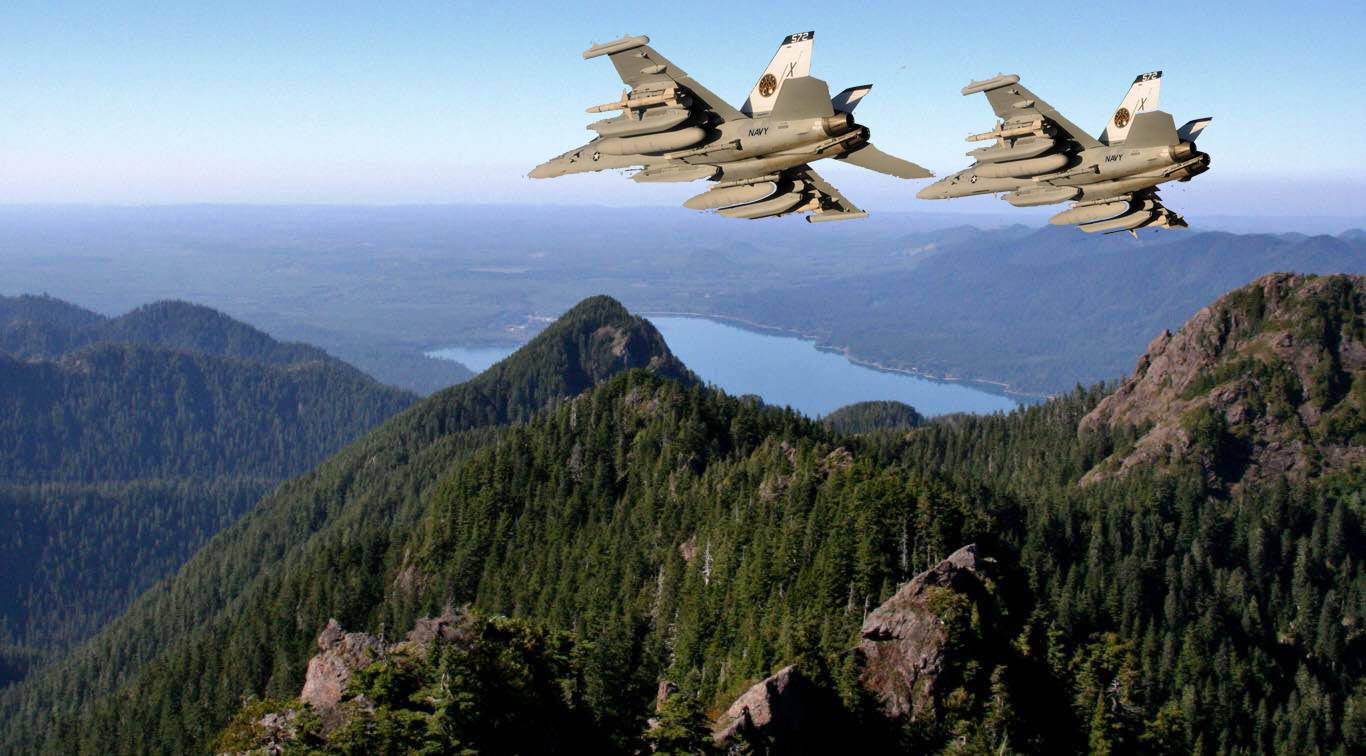 The silence of the wilderness of Washington State’s Olympic Peninsula, which houses Olympic National Park, Olympic National Forest and six Wilderness Areas, is under attack. The attack on silence isn’t coming from the growing number of tourists looking to fall in love with the region, it isn’t coming from highway noise or cities, nor is it coming from logging operations looking to revitalize at struggling economy around the Peninsula. Instead, it is coming from the United States Navy, which is hoping to fly 36 of its EA-18G “Growler” supersonic warplanes 1,200 feet above the ground in order to conduct war games with mobile towers placed at 15 locations on the western slopes of the Olympic Mountains.

As I mentioned in an article I filed at Exotic Hikes in October of 2014,  the US Navy was/is seeking permission to use the airspace over the Olympic Peninsula for Electromagnetic War-games. According to an article in Truth-out.org, the noise from these training exercises would be quite intense:

The Navy would be flying Growler jets, which are electronic attack aircraft that specialize in radar jamming, in 2,900 training exercises over wilderness, communities and cities across the Olympic Peninsula for 260 days per year, with exercises lasting up to 16 hours per day.

That news, when it broke in October of 2014, sent waves of anger and disgust around the Peninsula, with meetings on the issue seeing hundreds of passionate locals demanding that the actions of the Navy be rejected by Olympic National Forest and Department of Natural Resources officials. The Forest Service, during their period of public comment, received some 3,279 comments, though 311 came in after the Nov. 28, 2014 deadline.

The public outcry, via blogs, petitions and Facebook Pages, reached elected officials at all levels, prompting a response from Derek Kilmer, the region’s Representative in Congress. While Congressman Kilmer’s response was considered by many in attendance to be tepid, the public pressure has forced his office to take the issue very seriously.

On Friday, February 27th, the handwork done by those protesting against Electromagnetic Warfare on the Olympic Peninsula were given a small, but telling victory. Thanks to public outcry, the Department of Natural Resources released a statement denying the Navy use of all three of the proposed locations located on DNR land.  DNR Commissioner of Public Lands Peter Goldmark formally told Rear Admiral Jeffrey Ruth, commander of Navy Region Northwest, which reads as follows:

“DNR land has been publicly discussed as a location for the Navy’s proposed electromagnetic warfare training on the Olympic Peninsula. Though we have not received a formal land use or lease application for this project, we feel that we are adequately informed to decide that we would not be interested in participating in this training exercise.”

This is a huge win for those of us who want wilderness to remain wild. The letter by Commissioner Peter Goldmark now puts pressure on Dean Millett, the Forest Service Ranger responsible for deciding whether to permit the Navy’s use of 12 forest roads. Millet isn’t expected to make a decision until mid-2015, with the Warfare Training scheduled to start in September of this year.

Listening to the community, the decision for Ranger Millett is obvious. It is time to embrace nature and recreation in the Pacific Northwest, by once and for all putting an end to the encroachment of the military industrial complex from reaching wilderness. Those who are in favor of the warfare training, can be said to not properly value the beauty of the region, and fail to understand the important connection we need to have with wilderness, silence and respect for wildlife habitat of all sizes.

If you read this Dean Millett, listen to the voices of the people who frequent the region you are lucky enough to work in. We are against this and we will continue to protest this issue until you do what DNR Commissioner of Public Lands Peter Goldmark did.  Represent the growing masses of nature lovers and tell the United States Navy one word- NO! 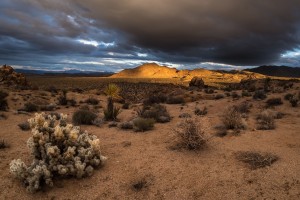