I was born in the shadows of volcanoes. My life has been spent looking in craters or exploring the slopes of volcanos that could erupt. I live in the Pacific Northwest, home to volcanoes that are dead, erupted or waiting for their moment. My year of birth is 1981, meaning I missed the eruption of Mount Saint Helens by one lousy year.

As a child in Vancouver Wa, I would look at the mountain crater from my elementary school playground and long to see a plume of ash rising from the ragged rim. One morning, my friend and I saw what we thought was an eruption, but it turned out to be a cloud, drifting from behind the sawed-off peak. Even today, volcanoes immediately get watched a bit more intently that non-volcanic peaks. I envision an eruption, how it would look and what type it would be.

While I might not see one in my lifetime, I am now part of a generation of adults who has the world at out finger-tips. With the simple swiping of my hand, I can travel the world and witness eruptions as they happen. What was once only seen on the pages of National Geographic, is now accessible on my phone while I drink a cup of coffee.

The eruption that caught my eye today was Chile’s volcano known as Villarrica. The mountain, which is a popular place to hike, climb, and ski, is also one of the world’s most active volcanoes. Despite being so active, when it is not erupting, visitors are allowed to hike up to the crater and see lava shoot out in small spurts. During this eruption, hikers are being told to stay at least 3,500 feet away.

Images like the ones below make me wonder if I will ever see an eruption firsthand. If we knew it would take no lives, I think many of us would enjoy seeing an eruption nearby. I doubt Mt Rainier, which just celebrated its 116th birthday as a National Park, will erupt in my lifetime. When it does erupt, all I know is it better be a sunny day. The world deserves to see those pictures.

Immediately after I posted the story above, I was sent a link to this video of a new island being formed in the middle of the Pacific Ocean. The video is from the Japanese Coast Guard. 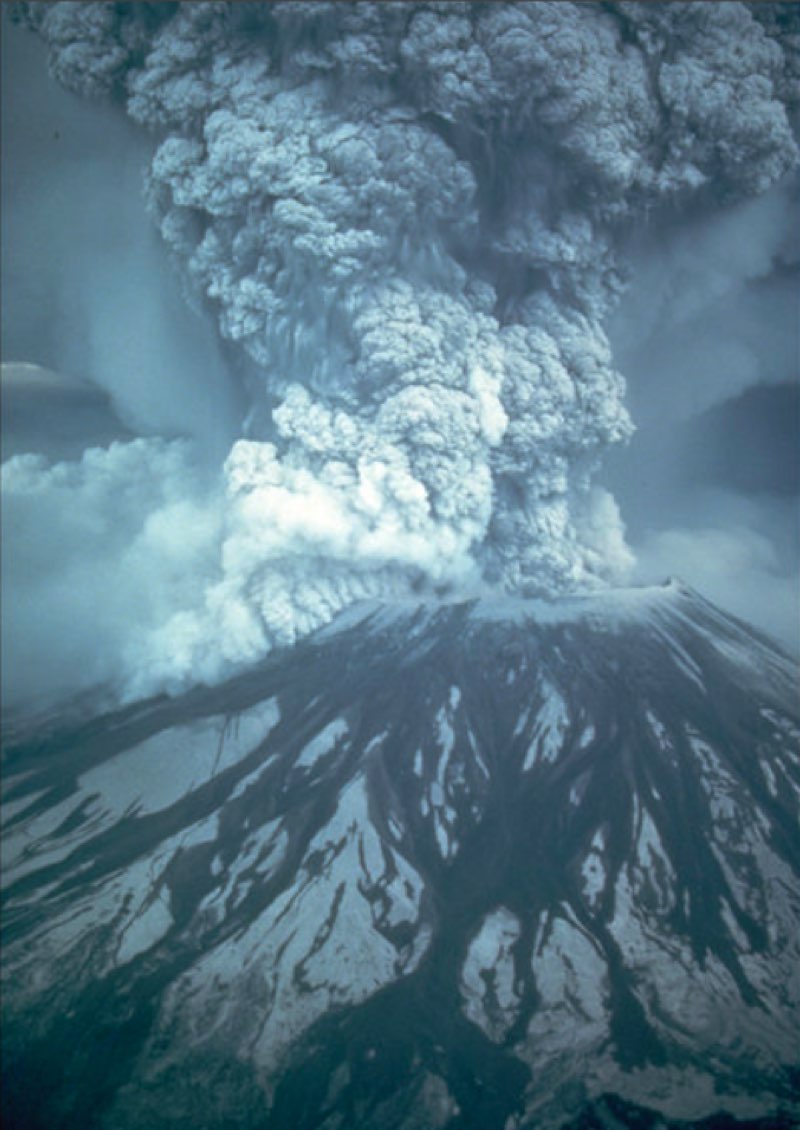