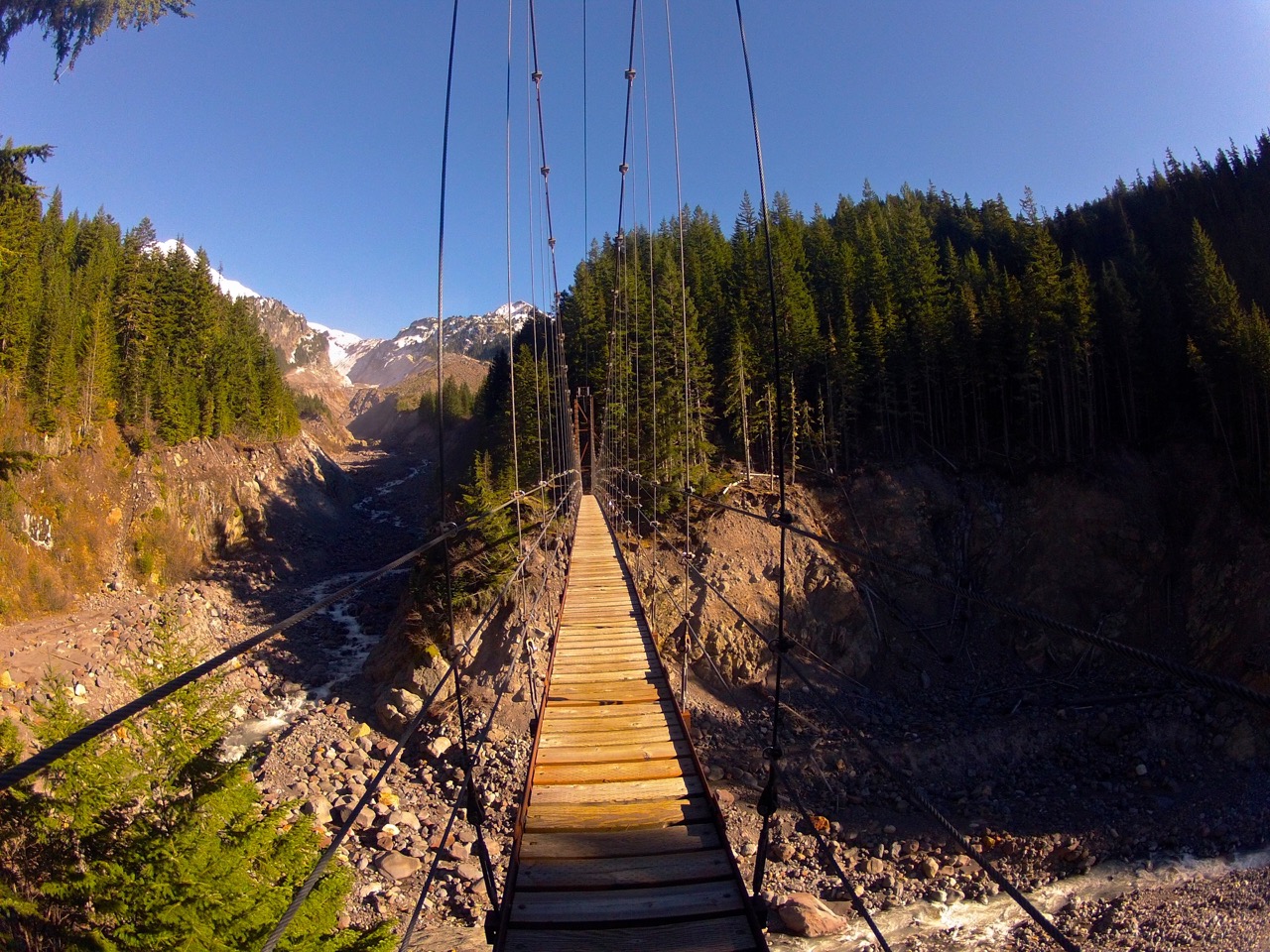 Officials at Mount Rainier National Park have closed access to the Westside Road and the area surrounding Tahoma Creek after a glacial outburst half an acre is size broke off from the South Tahoma Glacier. On Thursday, August 13th, 2015 at 9:40 a volunteer researcher was working near Tahoma Creek when they heard a loud roar, followed by the sounds of quickly moving water, snapping trees and car sized boulders being tossed. Debris washed over the Westside Road approximately 30 minutes after the glacier had started its flood. There were four similar events throughout the day, each causing torrents of water and debris to be pushed down the narrow creek. The glacial outburst flood has closed the Westside Road through the weekend, and anyone who witnessed the event is asked to contact Mount Rainier officials.

While not day to day events, things like this happen on Mount Rainier more often than most park visitors realize. The area is constantly changing, and the danger of collapsing glaciers, quick moving floods and small lahars of debris are possible any day of the year. Tahoma Creek is prone to flooding, and Westside Road is impassible for cars after a short drive due to a large flood that occurred during the storms of 2006. According to Park officials, Tahoma Creek has had 30 similar incidents over the past 30 years, making this a yearly occurrence. Glacial outburst floods from the South Tahoma Glacier during hot, dry weather have caused most of the debris flows, but heavy rainstorms in the fall can also cause these glacial outburst floods.

“This most recent glacial outburst and debris flow demonstrates again that Mount Rainier is a dynamic landscape,” said Randy King, Mount Rainier Superintendent. “Visitors should be aware of their surroundings when traveling in the park. Remember to remain alert for changes in water levels, unusual sounds or shaking of the ground. If you are near a river or stream, move quickly to higher ground.”

Please see the full tent of the press release below for more information on this event. Any changes to closures, or updates to the story will reported as best as we can. For the full story, please follow Graham Johnson at Kiro 7 News in Seattle. He was the first to report it via twitter: @GrahamKIRO7

A glacial outburst flood and debris flow occurred at Tahoma Creek in Mount Rainier National Park on Thursday, August 13, 2015 beginning at approximately 9:40 am. The glacial outburst flood originated from the South Tahoma Glacier as a 0.5 acre portion of the terminus of the glacier broke off and quickly released water stored in the glacier.
The outburst flood event was first reported by a park volunteer who was working near Tahoma Creek on an unrelated research project. The volunteer heard a loud roaring sound, followed by the sounds of water moving boulders and the cracks of breaking trees. As the debris flow from the initial outburst crossed the Westside Road, the volunteer hiked to higher ground. Another volunteer at Indian Henry’s Hunting Ground also heard the loud roar coming from the direction of the South Tahoma Glacier and hiked to a safe location near the suspension bridge over Tahoma Creek to report on subsequent outburst surges.
The debris flows was also recorded by seismic monitoring equipment at Emerald Ridge in Mount Rainier National Park at 9:40 am, 10:30 am, 11:30 am and 12:40 pm. The largest event was recorded at 11:30 am and generated a debris flow that reached the Westside Road at approximately 12:00 p.m.
Mount Rainier Park rangers and geologists responded quickly contacting park visitors in the area and assisting them across the area impacted by the debris flow. A Hughes MD530 helicopter from Northwest Helicopters assisted the park with two reconnaissance flights to look for park visitors hiking in the area, check the condition of the trail for possible washouts, and check the South Tahoma Glacier for possible additional outburst geologic hazards. All of the park visitors in the area were accounted for by Thursday evening, but park staff will continue to monitor visitor use in the area.
Some damage to Mount Rainier’s Westside Road was reported on Thursday. The Westside Road will be closed at least through the weekend as the park continues to monitor Tahoma Creek and assess damage to the road and area trails.
“This most recent glacial outburst and debris flow demonstrates again that Mount Rainier is a dynamic landscape,” said Randy King, Mount Rainier Superintendent. “Visitors should be aware of their surroundings when traveling in the park. Remember to remain alert for changes in water levels, unusual sounds or shaking of the ground. If you are near a river or stream, move quickly to higher ground.”
About seven waves of debris flow occurred on Thursday afternoon and evening. As the outburst flood moved down valley, it carried sediment, rocks, and uprooted trees and deposited the debris within the Tahoma Creek valley near Mount Wow in Mount Rainier National Park. A stream gage on the Nisqually River at National registered the 0.5 foot river rise on Thursday afternoon. The debris flow had no impact to properties outside of Mount Rainier National Park.
A glacial outburst flood is a large, abrupt release of water from a glacier. The exact mechanisms through which water moves through glaciers and how these events occur are not well known. Geologists report that stagnant and slow moving ice on the lower part of the glacier combined with faster moving ice on the upper glacier, have been associated with these events in the past.

Since 1985, over 30 debris flows have occurred in the Tahoma Creek valley. Glacial outburst floods from the South Tahoma Glacier during hot, dry weather caused most of the debris flows, but heavy rainstorms in the fall caused several others.

Park visitors who have additional information about the debris flow or photographs are asked to contact Scott Beason, Park Geologist, at scott_beason@nps.gov or 360-569-6781. 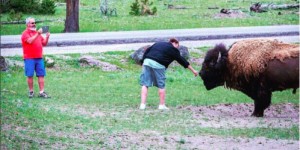