The Maple Fire, burning on the eastern side of the Olympic Peninsula of Washington State, has doubled in size over the past two days and shows no sign of dying down. The Maple Fire has now burned 810 acres and is still just 5 percent contained. The good news is that the crews and equipment ordered earlier in the week are starting to arrive, with an estimated crew of 300 personnel on the fire by August 10th.

While rain is in the forecast for Saturday in the area, only .06 inches are expected, as our string winds and potential thunderstorms. After Saturday, the temps are forecasted to climb back into the 80s next week, with 5 to 10 mile an hour winds projected. Not ideal, but the forecast could help fire crews get the blaze under control and make some progress against the westerly spreading flames. Hikers along the Hood Canal, from Staircase to Mount Townsend, should expect smoke-filled skies over the next few days. Groups sensitive to smoke should avoid the areas most impacted by the fire.

On Wednesday, August 8th, Ultra runner Chuck Malinski summited both Mount Ellinor and Mount Washington, located a few miles south of where the Maple Fire is burning. As he run up to both summits, smoke filled the valleys below. He told TOS that he could smell the burning wood, which he said irritated his eyes, but not as bad as the smoke from last year’s fires in Canada. On Mount Washington, Chuck experienced heavy smoke and limited visibility, while the view from Mount Ellinor showed off a huge tower of smoke rising over Mount Washington. Lucky for all of us, he shared his pictures with The Outdoor Society.

The following is the official press release from Olympic National Forest from August 9th, 2018. We will, as always, update this story when things change.

The Maple fire is located 23 miles North of Shelton, WA, above the community of Hamma Hamma. The fire is burning in steep terrain on the Jefferson Ridge Line and North of Jefferson Creek. Elk Lake trail runs through the middle of the fire.

The Maple fire has burned 810 acres, is 5 percent contained and has roughly 163 personnel currently working the fire. Crews and equipment ordered earlier in the week are now beginning to arrive. We expect to have around 300 personnel on the fire by tomorrow. We are also expecting more equipment. Our priorities are to keep the fire from spreading further East, North and South.

Participating agencies in fighting this wildfire include the Olympic National Forest and Washington State Department of Natural Resources.

A temporary flight restriction (TFR) has been put in place over the Maple fire area restricting public access for aircraft including drones. The public is reminded that all air operations are grounded any time a drone is sighted within the TFR, which inhibits their ability to do critical fire suppression efforts. Flying within the TFR is prohibited and against the law.

Evacuations: The Hamma Hamma Road leading into the Lena Lake area will be closed today. A Level 3 evacuation notice for this area will be available soon. This means “Leave Now”. Don’t wait, pack your stuff and leave the area. If you were planning to hike or recreate in the area, you must make other arrangements. There are many other beautiful areas along the Hood Canal or along the Peninsula.

Closures: The Olympic National Forest has closed the Jefferson Ridge Trail and Elk Lake Trail as well as their trailheads. The 2401, 2421, and 2480 roads are closed to public access. Lena Lake area is now closed with the official notice to follow. Visitors in the Hood Canal and surrounding areas may continue to see heavy smoke while the Maple fire continues to burn.

Hot and dry temperatures will Thursday with relative humidity in the mid 30’s. Cooler weather is expected Friday afternoon and heading into the weekend. Today, the fire is expected to continue burning heavily interior causing a large column of smoke with continued heavy smoke. Fire danger will remain extremely high across the state. Be sure to check with your local fire agencies for restrictions and for forest and state closures. 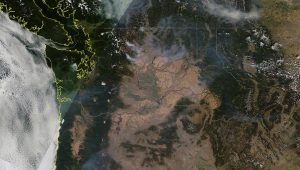 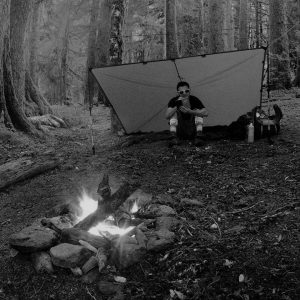