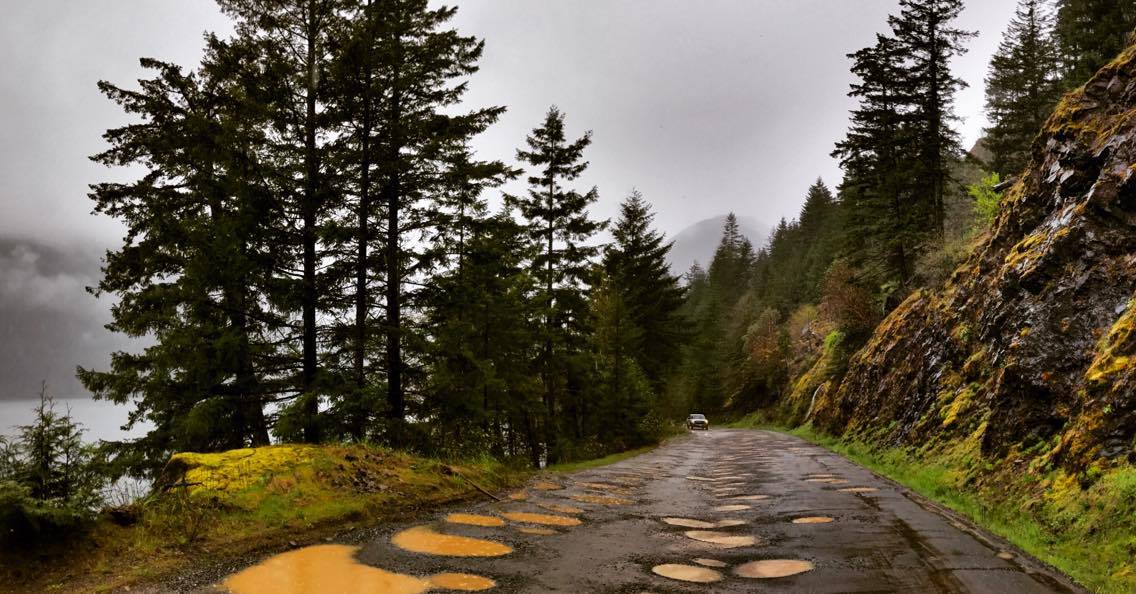 I might have cried with joy when I heard the news.

The road leading to Olympic National Park’s Staircase region is being repaired, with the grading process starting on Saturday, April 29, 2017. Once the process is complete and the miles of potholes are filled up, Forest Service Road 24 along Lake Cushman will be easily passable, allowing you access deep into the wilderness around the North Fork Skokomish River.

One of the Pacific Northwests most spectacular river valleys is once again going to be accessible for people who don’t drive Monster Trucks named Grave Digger or Bigfoot. The road, which had suffered a seriously harsh winter, was pretty much inaccessible for the past few months, save for the few who don’t mind knocking their car out of alignment. Those with high clearance vehicles had little problem, except for the incredibly bumpy ride. Now, thanks to slightly drier weather, Olympic National Forest is reportedly grading the road and will soon make it much more manageable. The road will still be gravel until you hit the Olympic National Park boundary, but it will be smooth. At least for a bit. It won’t get this bad again until next winter. We hope.

While a dirt road does dissuade many people from visiting Staircase, those who do decide to drive off the pavement for a few miles will be rewarded with one of the most underrated adventure destinations in Olympic National Park. With high alpine lakes and waterfalls hidden on steep ridges, ragged and rocky mountains jutting into the sky and miles of trails to breathtaking panoramas and old growth timber, it is little wonder why most who explore all of Staircase fall in love with the region. The easiest trail to hike in the Park is the Staircase Loop Trail, while Olympic National Forest’s Big Creek Trail is a great alternative before the gravel road. Mountains are abundant in the Staircase region, many summited by only a handful of hikers each year. Cub Peak is one that offers huge views after a steep, shortish hike. Once the snow melts, the classic long day hike or introduction to backcountry camping is Flapjack Lakes, with a trip up to Gladys Divide in order. Out that same way is the often-overlooked Black and White Lakes.

All of this is waiting to be explored, once the road is finished with its grading project. I know this winter has been inconvenient for access to many areas of Olympic, but I assume you the beauty is worth the wait. The snow has just starting melting, giving you the entire hiking season to get out and push further into new regions of wilderness bliss. yes, the road will still be gravel and bumpy and not ideal, but that should not stop you from driving to Staircase.

I recall reading about a proposal to pave the road, but I was unable to locate that link in the few quick searches I performed. Hopefully, it wasn’t just all a dream and that the report is out there and that there is a plan in place. If I recall correctly, it was a joint proposal by the City of Tacoma and Olympic National Forest. Again, could be wrong, but I know the idea of paving has been proposed before.

With that, we once again want to remind you to support America’s Public Lands. Visit them often. Tell your friends to do so and then share your experiences with your elected officials. When out on the trails, smile at your fellow hikers, follow the Leave No Trace Principles and reconnect with nature. Thanks for reading and remember, if you like our work, why not buy our guide books, calendars and coloring books?

One last thing. Our trusty podcast from the The Outdoor Society will return when we come back from our epic, epic, epic road trip. You read that right! The Adventure Dispatch will return in all it’s glory soon – we promise!