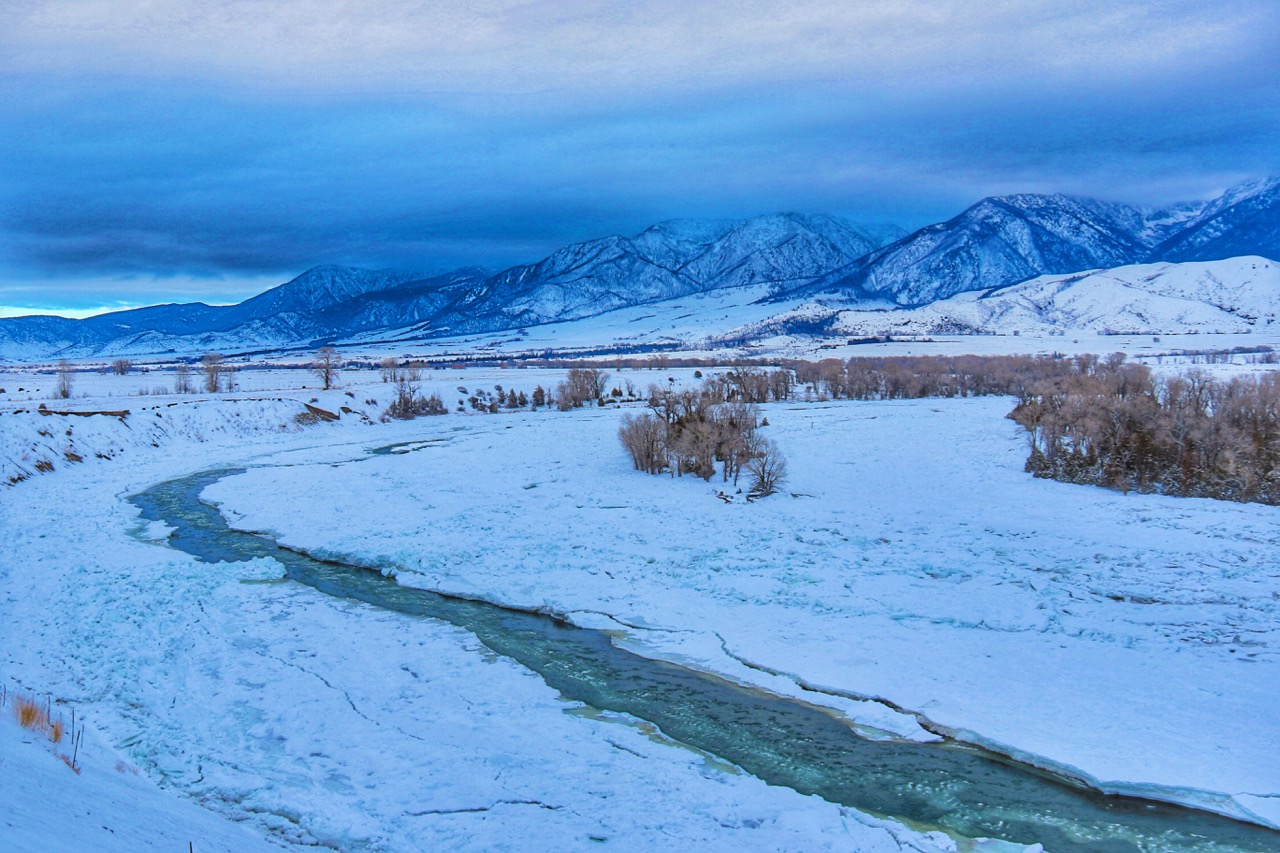 I usually write about Olympic National Park for my #NatureWritingChallenge, but sometimes I need to bring it all back to the wilderness around America’s first National Park and celebrate the public lands that help bring the conservation revolution to the forefront of America. Yellowstone has always had a special place in my heart, captivating my imagination since my first trip there as a seven year old. I have seen the park in every month of the year, one winter, I witnessed something I had never seen before.

For months, I had been driving along the Yellowstone River, heading up and down Highway 89 to get into the Yellowstone, passing through the iconic arch at Gardiner. In fall months, I saw the first storms pass over the mountains, ending summer with dramatic skies and dustings of powder on thirsty summits. Passing through Paradise Valley, I watched as the snow crept lower and lower, covering every peak and hill in the Absaroka-Beartooth Wilderness. Each week, the snow line kept dropping, eventually covering the sage and transforming the region into a complete winter wonderland. As elk and deer migrated into the valley in search of food, the temperature continued to plummet, with highs only reaching single digits for days on end.

Each trip back from the park, I would stop at an overlook ten miles south of Livingston, Montana. Known as Mallard’s Rest, this lookout is also access to a campground and boat launch along the scenic and wild Yellowstone River. Located on a big bend of the river, this spot is a favorite for sunrises and sunsets, or just a chance to watch eagles and hawks swoop and soar over a stunning panoramic wonderland. Full of fishing boats in the warmer months, the fast flowing river at Mallard’s Rest is devoid of any traffic during winter. Mallard’s Rest is one of the best views of the Yellowstone River outside Yellowstone National Park, etching its wondrous vista deeper into your soul with each stop. It is easy to see why it became one of my favorite stops.

The winter kept getting colder. Soon the highs in the teens were met by unrelenting winds, dropping the wind chill to well below zero, even reaching -20 or -30. And we were just getting started. For weeks, the thermostat crept lower and lower, eventually hovering around zero during the day and plunging into dangerously cold at night. It felt like daily that the National Weather Service would issue a warning about air temperatures being cold enough to bring frostbite to exposed skin in under a half an hour.

As the new year started and I returned to Montana after the holidays, I took a drive south to see how the Yellowstone River was holding up. When I was out at the coast, I had read reports of rivers around the greater Yellowstone Ecosystem freezing up due to giant ice dams downstream and was hoping to see some icebergs floating down the river. When I reached Mallard’s Rest, I stood atop the bluff in awe and surprise. Stretched before me, where a vibrant river once raced around the giant bend, I saw nothing but a giant sheet of ice.

I am a Pacific Northwest guy, so seeing a frozen river is something rare, unique and incredible. I was downright gleeful as I snapped pictures and took in this jaw-dropping sight. Here I was, in the shadow of towering summits leading into untouched wilderness, looking over a frozen river. I was truly in a winter wonderland.

I returned to Mallard’s Rest almost every day over the next few weeks, watching the river freeze deeper as the backed up water flooded the campground and froze solid. The road was closed to the campground, but that didn’t stop scores of onlookers each day to stop atop the bluff and look at the ice below. We all speculated how long it would last, but our answer came quickly. Within a week and a half, the cold streak snapped and temperatures crept up. Overnight, the frozen river thawed enough to have a channel flowing through the banks of ice, reminding the onlookers that this moment would soon drift downstream. That is when a boot path down to the campground emerged and I followed it down to the riverbank.

As I walked down the hill to the frozen campground, I had no idea what to expect. I figured I would walk over some ice and get to the river with relative ease. I was wrong. Reaching the bottom of the hill, it quickly became apparent that this would be an adventure unlike anything I had undertaken in my past. I was out of my element. The ice sheet I was walking on was five feet thick, and was higher than that at the coldest moments. The forest I walked through showed me this, as ice rings were stacked up on the trunks of trees, showing how high the freeze reached.

Navigating through the ice-ring forest led to the campsites on the small bluff along the river, where sheets of ice covered all but the tops of picnic tables. Venturing on, the terrain became something out of the old Shackleton expedition videos, with me walking around car sized ice blocks tossed around by the thawing river. I reached a spot that was solid and right near the roaring water and sat down, mesmerized by the beauty of a frozen and thawing river.

I had seen this river a hundred times from this spot before, but knew that this moment was special. Here I was, alone along the Yellowstone River, wandering along frozen chunks of water that originated in the first National Park. As the weather warmed up over the next few weeks and months, that same water I was standing on would be flowing down toward the Gulf of Mexico, passing through the heartland of America.

To this day, I do not know how often the Yellowstone River freezes at this spot. I actually refuse to look it up. As much as I obsess over facts and statistics, this freeze of the Yellowstone River was special, and that is all that matters to me. It is a story I will share for years to come, and a moment that gave me a deeper love and understanding about just how wild wilderness and nature can be. I hope that the others who saw this feel the same way and share the moment with others, hopefully inspiring them to come see this for themselves, taking in the awesome sight of a frozen Yellowstone River. 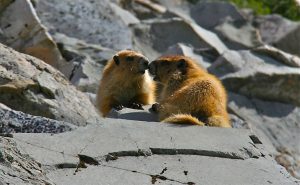 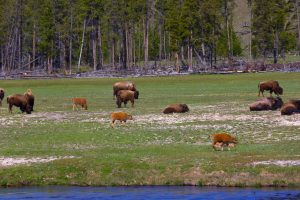