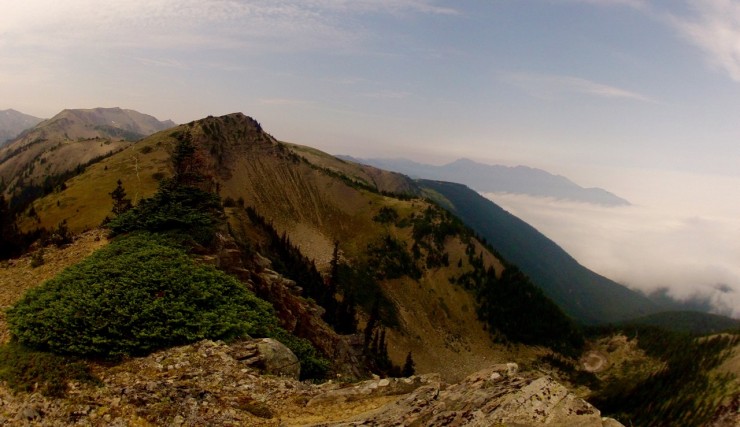 The naming of Olympic National Park’s Maiden Peak is under debate, but the most likely story of why the area is called as such comes from the book Gods and Goblins. In the book, it is said that Maiden Lake and Maiden Peak got named in the summer of 1913, when a bunch of young men and women from around the PNW decided to make it their summer camping destination. For a few weeks, the group camped along the shores of the lake where they were rumored to often skinny dip. According to the oral history of the region, one of the “maidens” hooked up with a local, and the region was forever named for her, including the 6,432ft Maiden Peak.

She sits, high above Sequim and Port Angeles, looking down on the Strait of Juan de Fuca, watching and listening, silently. With her back to the majestic Olympic Mountain Range, Maiden Peak rests at 6,432 feet above sea level, which is 15 miles to the north. While not the most majestic mountain in the Olympic Range, Maiden Peak is prominent enough to see from Port Angeles and Sequim year round. Nestled perfectly in the rain shadow of the Olympics, climbing this mountain is an amazing eight mile round trip hike in Olympic National Park.

After the occasionally nerve-wracking dirt road that leads eight miles up to Deer Park, the entire Olympic Peninsula expands out in all directions, giving views from the parking area near the summit of Blue Mountain. Yes, you read that right. You can start the hike to a mountain from the 5,500+ft summit of another mountain. Or, you can start it at the proper trailhead, which is down the hill from the main road before you reach the campground. The parking area is near the Ranger Station that is rarely staffed. There are no amenities up there, and the road is only open for summer and early Fall, making it a must hike in the next few weeks. With wildflowers still blooming and marmots whistling, heading up to Deer Park is an adventure in its own right.

The trail to Maiden Peak is along the Obstruction Point Trail, which is said to be the highest maintained trail in Olympic National Park. At over a mile high, the trail heads west along the wind swept ridges of the northern Olympic Mountains. The trail extends 7.6 miles to the end of the Obstruction Point Road, a long dirt road that starts at the visitor center at Hurricane Ridge. While making the entire hike is a fun trip, many will be content reaching the panoramic views of Maiden Peak.

The hike to Maiden Peak is straightforward, for the most part. Starting at 5400ft, the hike starts in the forest, dropping elevation to 4900ft, before steadily climbing up the eastern slopes of Green Mountain. The trail slips under the tree-filled “summit” of Green Mountain at around 5,500ft, and soon begins to gain elevation in a much more tempered manner. Past Green Mountain, the trail works its way between stands of trees and meadows often filled with wildflowers. For a mile, the trail is mostly flat, giving occasional glimpses of the splendor that will soon become fully visible. After that flat mile, the trees fall away, and the trail emerges on the ridge leading to the false summit of Maiden Peak. Climbing from 5,800ft to 6,200ft in half a mile, the world expands out to the south. The Olympic Mountain Range, normally hidden from view, covers the horizon. You’d swear, the curvature of the earth is visible as majestic peaks poke out above the dense green forests below.

Finding the true summit of Maiden Peak is obvious, once you see it. Many will come out, climb the first steep hill they see out of the trees and assume it is Maiden Peak. Getting up to this false summit is a great side trip, but the true summit will be the second peak you see rising from the trail. A small boot path marks the route, but there is not an official trail to the summit, which is 200+ feet above the trail. Once at the summit, look for USGS Surveying markers that identify the summit.

The panoramic views from Maiden Peak are incredible, with all of the Pacific Northwest expanding out in all directions. To the west, the scar across the land where the road to Hurricane Ridge runs is perfectly visible, while Elk Mountain dominates the foreground, as does the path to get there. The east looks back to where you came from, with the road to Deer Park also visible along the ridges of Blue Mountain. To the south, the entire Olympic Mountain Range expands into the horizon, majestic peaks jutting into the crisp blue sky. To the north, Vancouver Island sits across the Strait of Juan de Fuca, with the city of Victoria visible. On the US side of the Strait, Sequim and Port Angeles sit quietly below, and to the Northwest, Mount Baker, the Salish Sea and the San Juan Islands dot the landscape below.

Hiking Maiden Peak is a great idea in the summer, but access for the rest of the year is limited. The road to Deer Park and the Deer Park Campground is only open seasonally, and will be closed in the off seasons even if there is no snow. Plan to do this hike before Fall starts, as it will close after the first snowfall. 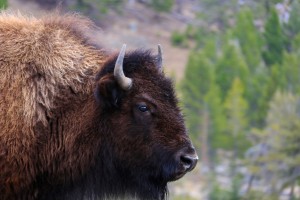 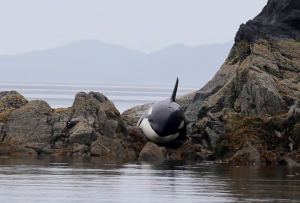