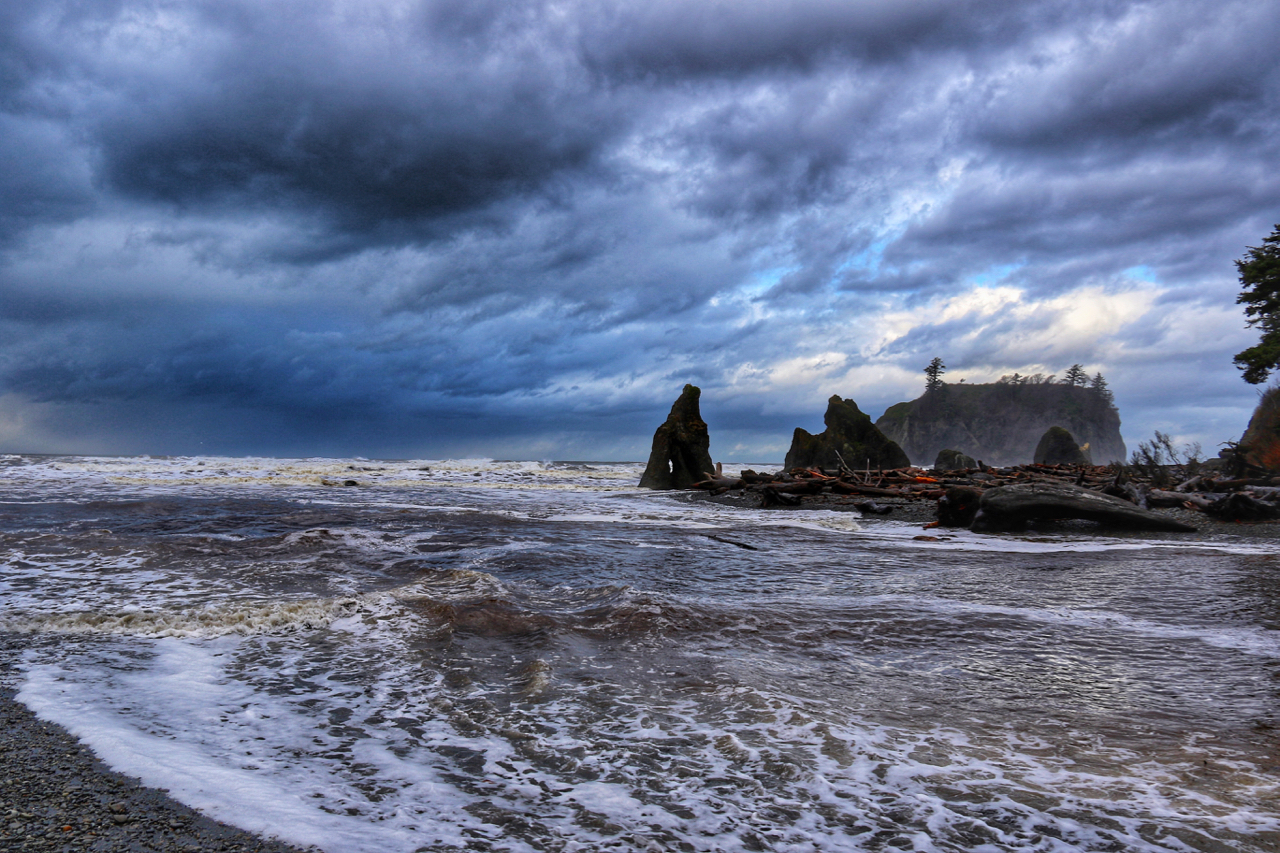 Sometimes a stormy day in a National Park isn’t a bad thing. As the bad weather approaches, you can sit back and watch as the strength and power of nature shows off in full force. I have had many days of inclement weather on our Public Lands, and while not all were incredible, many stand out as some of my favorite days. Here is one of them, as written for my weekly #NatureWritingChallenge.*

I should start this post with “It was a dark and stormy night,” but that wouldn’t be true. Instead, it was a cloudy February day in Olympia when I decided to double check the next day’s forecast. For a week, meteorologists had been talking about an incoming storm with strong winds, huge swells and heavy rain. This wasn’t quite the perfect storm, but it looked quite promising to become a talked about storm in Pacific Northwest storm lore. Opening my phone and popping on Weather Underground, I saw that the forecast was accurate.  We were in for some fun.

Seeing a powerful storm on the coast is a rite-of-passage to become a true Washington resident.

As a kid that grew up on the Washington Coast, I was stoked for this. It had been years since I had watched a storm along the Pacific Ocean, and I wasn’t going to miss this chance. As a kid living on the coast, my father and I would head out to the beach during storms, struggling to walk in the near-hurricane force winds and welt-inducing, sideways falling rain.

I decided that seeing a powerful storm on the coast was a rite-of-passage to become a true Washington resident, so I convinced fellow TOS creator, Mathias, to head out to Kalaloch with me. He was skeptical, and I was eager to see his doubt blown out to sea. We had no idea what the day would have in store, but we weren’t worried. It was an adventure into nature.

Our destination that day was Ruby Beach at high tide, where I hoped we would see huge waves slamming against the sea stacks and pieces of driftwood being tossed like a handful of toothpicks. The wind was supposed to be gusting into the 60mph range, strong enough to get blown around, but not enough to bring down all the trees. I hoped. As we drank our Starbucks and chatted over the 1980s, big-hair rock music, the weather grew cloudier and it started to get a bit breezy, but nothing unusual for a late winter’s day driving in they grey skies of Grays Harbor County.

Ruby Beach is a classic coastal destination in Olympic National Park. Stuck in the middle of the coast, halfway along the drive between Forks and Hoquiam, the stunning section of beach  offers world class experiences at the end of a very short trail. Not only is it the perfect place to see a stormy day, but it is also the destination of some of the best sunsets in the world. Ruby Beach, for those who haven’t been, is the perfect way to experience the rugged and wilderness coast, without actually having to hike. That was one reason I was heading there for storm watching. If things got nasty, we were five minutes walk from the car.

Arriving at Ruby Beach, I wasn’t shocked that we were the only car in the parking lot. It was a weekday in the early afternoon. Everyone else was either at work or inside, warm and dry. Impatient with excitement, we jumped out of the car and proceeded down the short path, dropping in elevation until we reached the piles of driftwood. On a normal day, this section also has a beach that walks next to a small stream. Today, there was no beach. All that was in view was driftwood, sea foam and the frothy waves of the Pacific. The small stream was batting against the incoming tide, losing with every series of waves that flooded its banks.

Foolishly, we made our way down to the actual stretch of beach along the coastline. Climbing over slick pieces of driftwood, we cautiously climbed over logs until we reached the gravelly sand. Ok, that isn’t true. What we actually reached, which was supposed to be the rocks and sand, was the crashing waves and tidal surges. Each wave grew closer to our vantage point on the driftwood, slamming into the shore with a thunderous roar. The noise was deafening, as each wave would move logs and the gravel of the beach, churning it up into the frothiness of the sea.

We stood in our safe spot for awhile, watching the waves grow bigger, but were a little disappointed. Sure, the waves were great and the tide has rarely been seen higher, but the wind and rain was nowhere to be found. I would later learn that the storm had stalled out a few miles offshore, and would soon be hitting the region in full force. At that time though, we had to make a decision. I was hoping for a storm experience and so far, we only found big waves. After snapping a bunch of pictures, we left Ruby Beach and headed to the mouth of the Hoh River, just a few miles north. Maybe the Hoh would be a lucky stop.

Along the mouth of the Hoh, we found a fantastic view and a stunning glimpse at the approaching clouds as sunset was just getting started. Driftwood was tossed around and rain showers offshore could be seen heading our way. As the daylight started to dwindle in the late afternoon hours, we decided that the day was a wash and that we should back. As soon as we turned around, the wind started picking up and raindrops started to fall, as if teasing us into staying longer.

The drive back started Mathias telling me he told me so, but not for long. Soon, huge gusts would hit the car and branches started coming down along Highway 101. By the time we got back to Olympia, trees had fallen and the storm had started in earnest. We missed it by just a few hours, but I didn’t care. I got to see Ruby Beach flooded and be drenched with saltwater from crashing waves. While some would consider this a bad day, or a waste of a trip, I was happy. I got to take a trip to coast with a good friend and see the raw power of nature in one of America’s most wild and wonderful National Parks.

*This post was created in one hour for the #NatureWritingChallenge.

Want to explore this destination and many more in Olympic National Park? 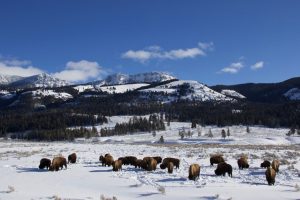 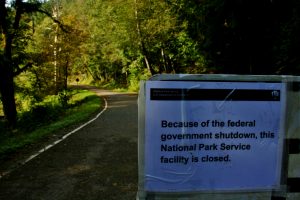 Next post What Happens to OUR National Parks During a Government Shutdown?