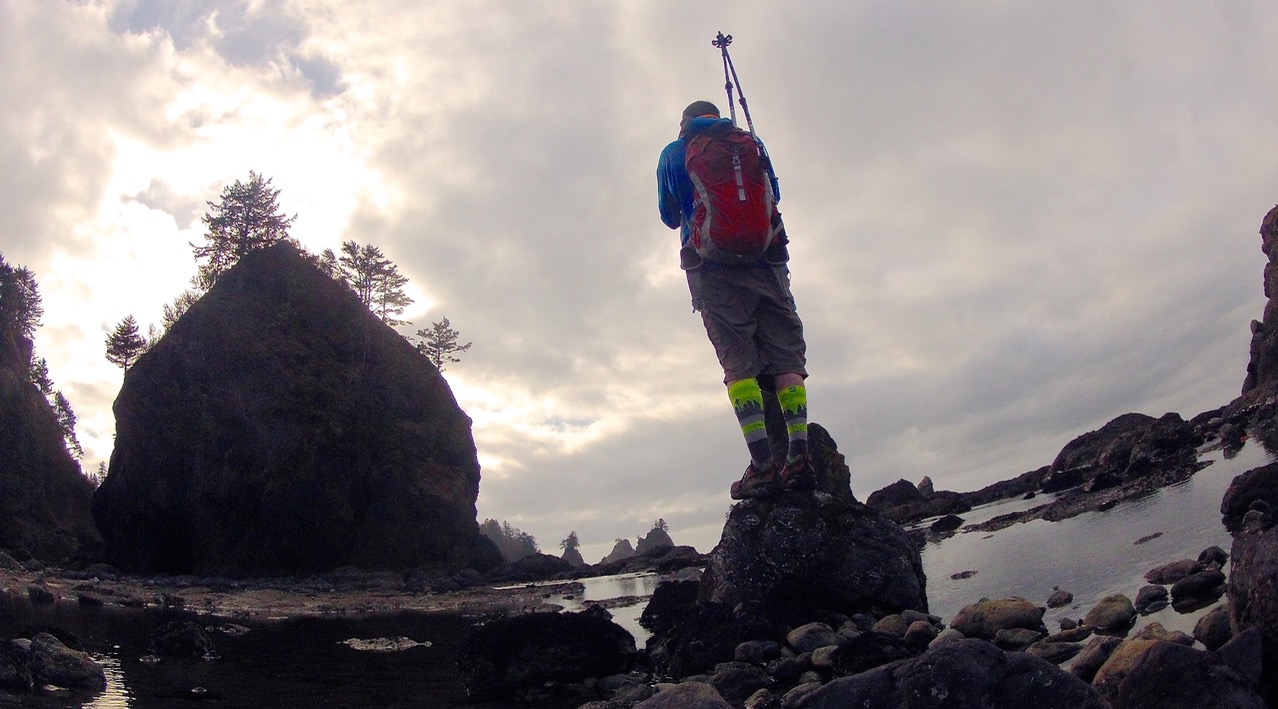 One thing that frustrates me far more than it should is the Oregon Coast. I am not frustrated by the fact that it exists, or that people from all over the world love cities like Cannon Beach, Seaside, and Coos Bay. I am not even frustrated when people try to convince me that The Goonies was a good movie. Instead, I am frustrated when I hear people from all around Washington State and the Puget Sound rant and rave about the Oregon Coast’s beauty.

I will admit it. The Oregon Coast is gorgeous, and something everyone should see. The Oregon Coast has stunning view points and state parks, and has what most consider to be the most beautiful section of Highway 101 in existence. The Oregon Coast’s highlights are great. Thor’s Well might be the coolest destination on the Oregon coast I have ever seen.

I will agree with everyone. The Oregon Coast is nice, but it isn’t the best stretch of beaches in the Pacific Northwest. Those beaches, for those who love nature at its best, are in Olympic National Park.

Nearly every week, I see Washingtonians getting excited for their trip to Oregon’s coastal areas. They tell me with glee about visiting Ecola State Park, Otter Rock or Haystack Rock. When they tell me their plans, I ask them if they have been to the Olympic Coast. Typically, they respond that they have been to Ocean Shores, Westport or Grayland, with few saying they have seen Ruby Beach, and fewer still saying they have been to LaPush. Next to nobody says that they have been to Point of the Arches, Norwegian Memorial or even the Ozette Triangle. The majority of people I come across are aware of the Washington Coast, but it seems as though locals have some catching up to do with the love of the wild Olympic Coast. For most , it seems as though they looked at the map of the Olympic Coast, saw no cities and assume nothing worthwhile is out there.

How wrong they are.

The Olympic Coast is 73 miles of undisturbed wilderness, an untamed stretch of sea stacks, tide pools and driftwood as far as the eye can see. Along the Olympic Coast, you are at the mercy of the tide, which, like time, waits for no man. Storm after storm slams the region in the winter months, while migrating gray whales and transient orca pods swim off the coast in the spring and fall. Millions of tide pools are within a few miles of hiking along the shores of Olympic, reflecting the dazzling display of colors during the sunsets each evening. Photographers from around the world flock to the Olympic Coast, hoping for that perfect shot. The Olympic Coast is the last true wilderness beach in the contiguous United States, and whether Oregonians will admit it or not, is far better than anything you can find on the Oregon Coast. Backpackers can hike all 73 miles of coast and rarely see anyone, while day hikers and campers can enjoy stunning views after short trails.

Compared with the Olympic Coast, the Oregon Coast looks like Disneyland- A watered down version of what wilderness coastline should be. Again, I know there are gorgeous places, but as a whole, the Oregon Coast is like the University of Oregon football team- it will never be the best. Never. The Oregon Coast is a little kid version of what a wilderness coastline should be, and it is time we as Washingtonians recognize that fact and embrace our own beaches. Don’t believe me, check out these seven beach escapes in Olympic National Park and tell me I am wrong.

The Olympic Coast is something you have to experience to believe, as pictures can’t give the size, scale and beauty of the region any justice. Adjectives can’t properly describe what it is like to see the sun setting between the splintery rocks near Shi Shi, nor can they tell someone what it is like to know you are the only person on a beach for 10+ miles. Hell, even trying to pick a favorite beach to hype up seems next to impossible. We have so many of the world’s best stretches of coastline views it becomes ridiculous to love just one, and yet, Washingtonians overlook them time and time again.

If you haven’t been to the Olympic Coast, it isn’t your fault. There is next to zero tourism infrastructure for the region, and even less for the state. Washington State doesn’t have a tourism budget at all, so unless there are commercial interests in an area, you probably won’t hear much about it. The Olympic Coast is isolated, remote and wild, three things advertisers won’t touch. In Oregon, the Coast has a juggernaut of tourism dollars behind it, and it is no surprise people go there in droves. Yet, when comparing the two for wilderness and scenic beauty, it is hard to find anyone that doesn’t love the Olympic Coast of Olympic National Park more.

I know I am biased. After all, I wrote the Definitive Guide to Olympic National Park. I get that you may disagree, but after a trip to the Oregon Coast in July, I felt I needed to get the word out that the the Oregon Coast is overrated. The Oregon Coast is great, but next time, instead of supporting a state and communities that already have tourism, why not break the trend and head out to the Olympic Coast. Support your state, explore the beaches of Olympic National Park, and above all else, fall in love with the beauty and splendor of the Olympic Coast. It is #BetterThanOregon

Want to Explore Olympic National Park and see that I am right? 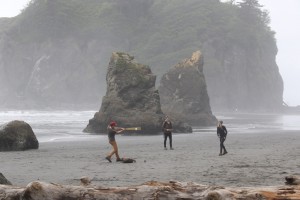