War training exercises are coming to your favorite wilderness areas. First, the Navy came for the wilderness regions around Olympic National Park. Now, it appears the US Army is taking a page from the Navy’s book and are looking to conduct helicopter missions 365 days a year, day and night over the Alpine Lakes Wilderness, popular hiking trails and even the always popular and gorgeous Pacific Crest Trail. The missions wouldn’t just be flights over these areas. Instead, the US Army hopes to get out into the Okanogan Wenatchee National Forest in the North Cascades and turn the area into a training area that would include seven helicopter landing sites, including one within the Alpine Lakes Wilderness boundary.

Now, I know the title may seem a bit inflammatory, but we need to get your attention. We here at the Outdoor Society are pretty in touch with all things wilderness and nature in the west, so this came as a bit of a shock to us, as we had heard next to nothing about it until I read a quick story on the Washington Wild website. To be honest, I am shocked by the audacity of the military to once again put their needs above the laws of the land. Flying helicopters over designated wilderness is bad enough for nearly every reason, but the US Army wants to go a step further. They want to want to landing them in an area that is supposed to be untouched by humans as much as possible.

The Wilderness Act, which the US  Army feels it can ignore, was signed into law in 1964. It created the National Wilderness Preservation System and officially recognized wilderness as:

“an area where the earth and its community of life are untrammeled by man, where man himself is a visitor who does not remain.” The Act further defined wilderness as “an area of undeveloped Federal land retaining its primeval character and influence without permanent improvements or human habitation, which is protected and managed so as to preserve its natural conditions . . . .”

That doesn’t sound like helicopters should be allowed, nor turn it into a staging area for war games.

You Need to Act Fast

The proposal by the U.S. Army is allowing the public to weigh in, but you need to act fast! The deadline to submit a comment via email is July 30th, 2015. However, take the contacting one step further and contact your elected representatives on this issue as well. The hiking and nature loving community needs to get together on this issue before the areas we love so much for their silence, solitude and natural wonder are destroyed by 365 days of helicopters.

Seriously, don’t sit back and think you can’t stop this. We need to make enough noise to tell the US Army and military that we are not going to allow are most pristine areas of wilderness to be used for training exercises. Contact the US Army and tell them NO!

Check out the great ones shared by Washington Wild: https://www.wawild.org/get-involved/take-action/815-army-sets-site-on-north-cascades-wilderness-and-recreation-areas-for-new-combat-helicopter-training-grounds

Special thanks to Jamie Huson for the gorgeous image from the Alpine Lakes Wilderness. 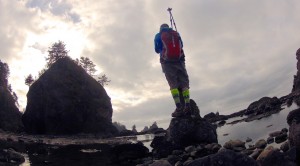 Next post Poaching in the Pacific Northwest: Geoduck Edition