HomeDestinationEditorialYou Should Stop Saying “We Are Loving National Parks to Death” 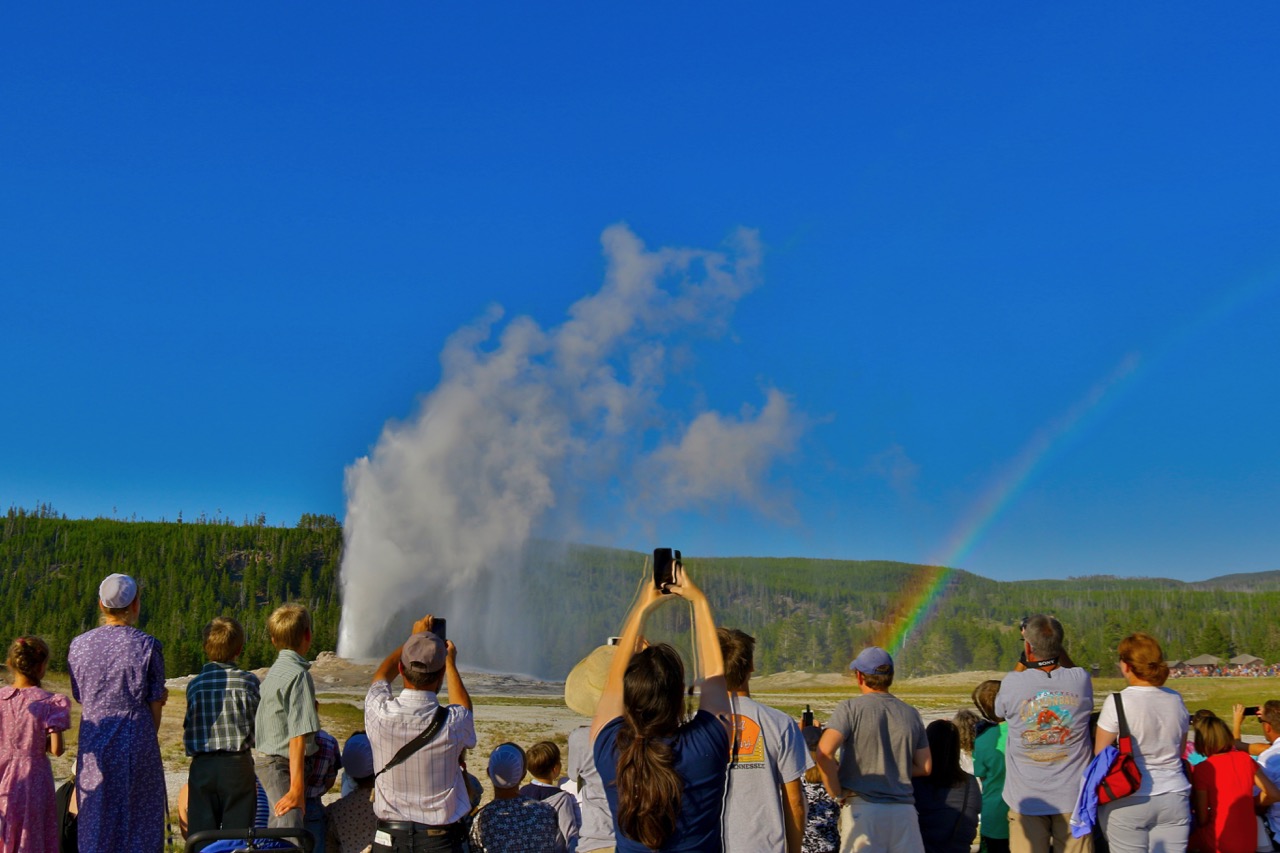 We have all seen the headlines telling us that National Parks are being loved to death. Around the country, this headline is the clickbait of the day for outdoors sections of newspapers and bloggers. Headlined by pictures of crowds on our Public Lands, the articles all read the same; one way or another always blaming the influx of visitors. While these stories do have a slight degree of fact to them, the bottom line is that National Parks are not being loved to death. Plain and simple, our parks have not matched the growing desire and demand for nature experiences with our growing population.

The increasing amounts of visitors flocking to our public lands are exposing the cracks of years of underfunding and neglect, as well as remaining pretty constant with the population growth of our country. Using National Park Visitation Stats and the U.S. Population, visitation to National Parks over the past 37, compared to the nation’s population, has changed very little.

Way back in 1980, when the US was just getting ready to start eight years of Ronald Reagan, the population of our 204 year old country was 226 million. During that same year, America’s National Parks and Monuments (NPS) saw 279 million visitors, or roughly 90% of the US population. The most visited National Park that year was Great Smoky Mountains National Park, seeing nearly 8.5 million visitors. Yellowstone was 8th, seeing barely 2 million.

Five years later, our population had grown by nearly 5% reaching 237 million. While this growth seems unremarkable in the whole, visitation to NPS sites increased nearly 19%, hitting 251 million visitors. Using simple math, the NPS units in 1985 saw 106% of the US population in 365 days. Pretty impressive for the year considering the movies Back to the Future, The Goonies were first released that summer, as well as the rerelease of Ghostbusters, Gremlins and E.T. During this year, Great Smoky Mountains National Park saw 9.3 million visitors, while Yellowstone went up to 2.2 million. Out of my 14 year sample size, from 1980 through 2017, 1985 saw the largest visitation to population numbers, even compared to the Park’s anniversary celebration in 2016.

In 2016, when every American was encouraged to #FindYourPark, over 331 million people visited NPS sites. This remarkable number is the high point of visitation, shattering the 2015 record of 307 million visitors. In 2016, the US population was nearly 100 million more than in 1980, hitting 323 million residents of the 50 states. During the Centennial celebration, 102% of Americas statistically visited their parks and hopefully discovered a newfound love of the great outdoors. Last year, in 2017, 330 million people visited NPS units around the country, while the population of the nation increased by 2 million, reaching 325 million. Last year, when many visited public lands for the great eclipse, 102% of Americans visited National Parks. Now, obviously the number of foreign tourists is not recognized here, but this amount is minimal, compared to visitation by US Nationals.

Using simple statistics and my sample data, increases in population directly lead to an increase in visitation at National Park Service destinations. The more people there are, the more people visit places. I know, not exactly breaking news, but this gets largely ignored in the “Loving Park’s to Death” conversation.

So why are we blaming people for loving National Park’s to death?

The answer is simple. The influx of people, mostly matching the growth in population, is exposing the deep cracks on our public lands. Yes, millions more visitors a year is putting a strain on many parks around the country, but the issue isn’t actually with the rising numbers, it is with the Parks themselves. While most of the rest of the country has jumped in to the 2000s, embracing technology and new solutions to old problems, our National Parks are still operating like it is the 1980s.

The National Park experience hasn’t changed in over three decades, and that isn’t always a good thing. While all National Park Land should remain wild and the same as it’s lands have been for centuries, we can do better than how parks were operated in 1980. Despite talks of needing shuttles around public lands to cut down on crowds, vehicle traffic and air pollution as early as the 1980s, only a handful of National Parks have them today, forcing thousands of more cars on the roads each day. Most of the blame on lack of upgrades to the Parks comes down to a minuscule budget.

In 2016, it was revealed that the budget for the entire National Park Service was less than the annual budget for the city of Austin, Texas. This is inexcusable, but makes sense. For decades, the National Parks were largely ignored by the general public, fought for by a handful of individuals that were called “tree huggers” and “hippies.” The Parks seemed fine to the casual observer, but those in the known foresaw this problem of over crowding in National Parks coming and tried to get everyone’s attention.

It wasn’t until 2016, when Trump won the White House, that the outdoor industry and the general population started to yell about this issue. Sure, there were a handful of people saying our parks were too crowded during the Obama years, but we were in an ignorant bliss, ignoring the signs of a cracked infrastructure and elected officials slashing budgets. Since the 1980s, the NPS has been running on a shoestring budget, cut off well below the NPS needs each year, no matter who was in the White House. Some Presidents were better than others at trying to persuade Congress to fully fund our National Parks, but none were actually champions of public lands. Proof of this? There is a $12 billion backlog for maintenance alone in our National Parks. That level of neglect didn’t start on January 20th, 2017. Sure, Trump’s Interior Secretary Ryan Zinke has been the worst in decades, but they are just one more layer to the tiramisu of NPS funding issues.

Is There A solution?

What we can do now is stop blaming National Park visitors and direct the frustration to the rightful owners of this problem: Congress.

Using Yellowstone National Park as an example, the crowds all flock to just a handful of destinations in the 3,500 square mile park, but there is no shuttle service in the park. Why not? As always with things our Parks need, it comes down to funding and public opinion.

The US population is not going to decrease, so now is the time for solutions and action. If you truly consider yourself someone who supports public lands, you have to vote to get them fully funded. You have to get your friends, family, FB group and hiking buddies to all vote for the environment for a few years. Or allow advertisers and corporations to enter the Parks to offset the lack of funding. These appear to be the only two solutions out there and I challenge anyone to quickly come up with something feasible, realistic and pleasing to all sides.

Americans are not loving Parks to death. We are falling in love with nature and wanting to share it with future generations.

Sadly, we are running out of time. 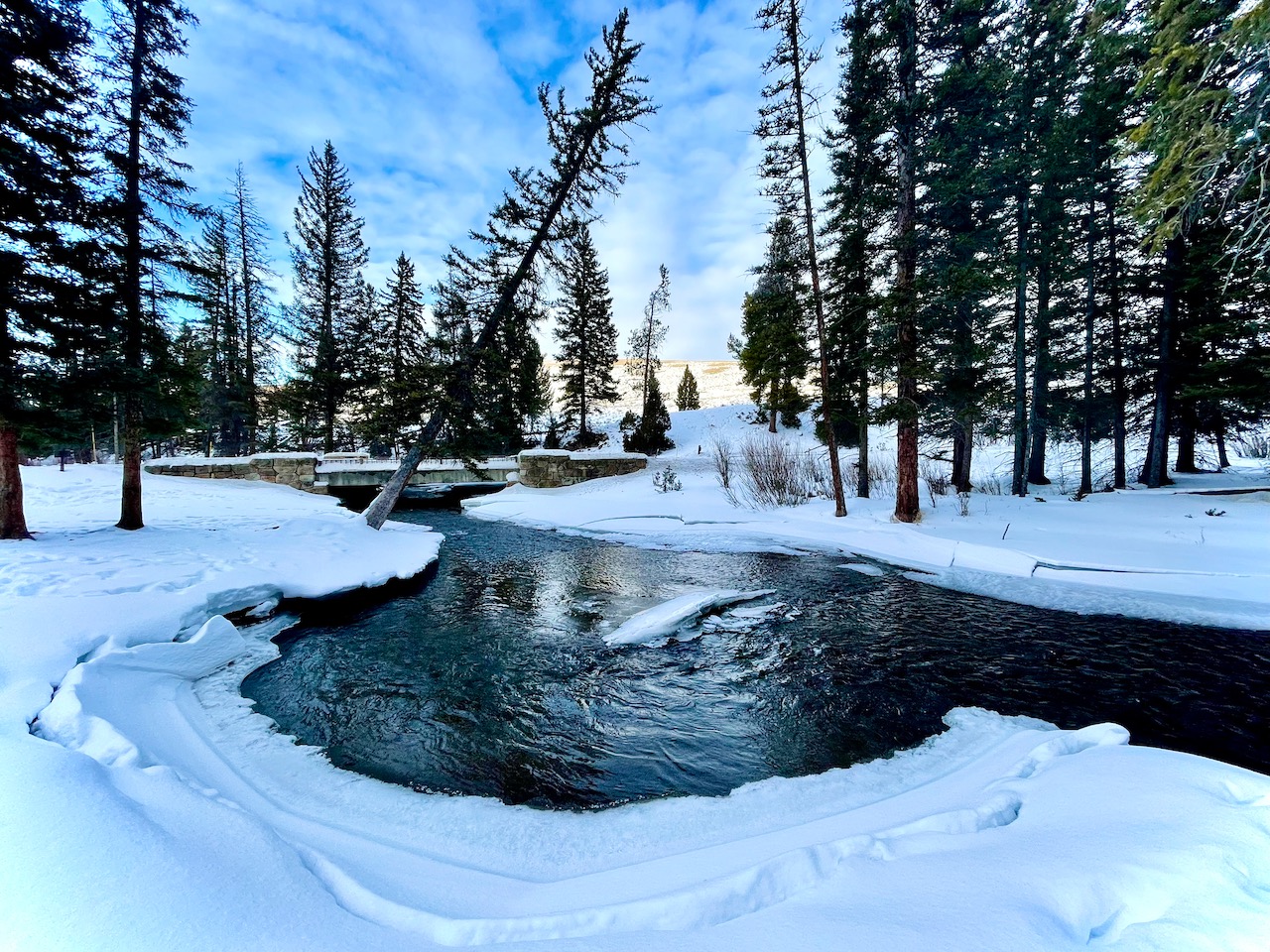 This Week in Yellowstone: January 28th through February 3rd, 2022 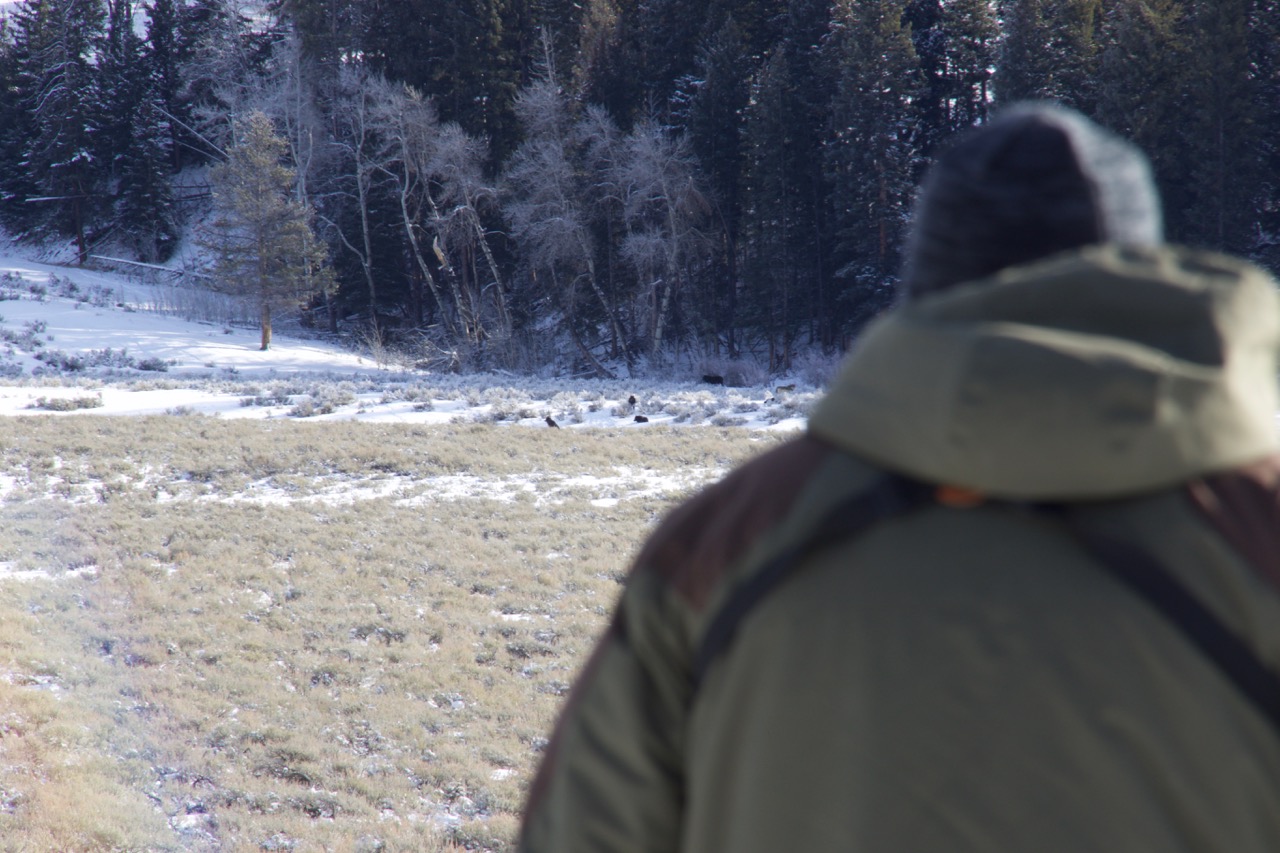