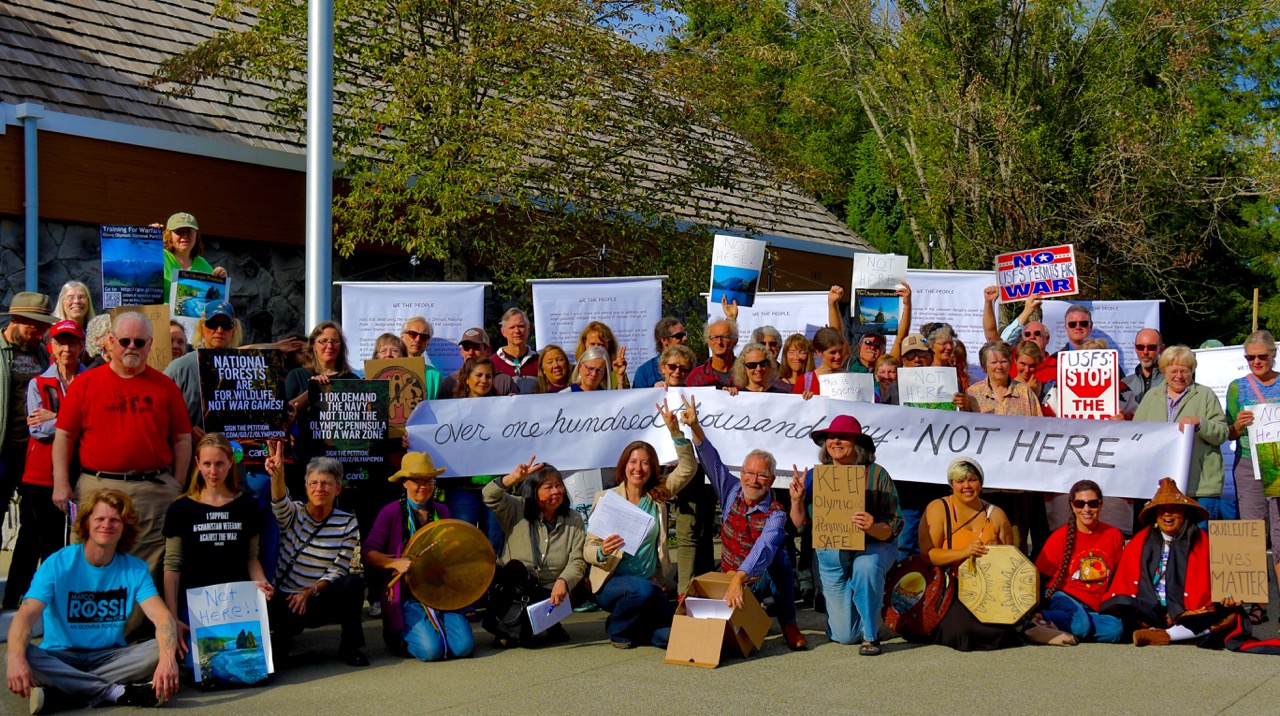 While the rest of Washington seemed to be consumed with news of the return of the Seahawk’s Kam Chancellor,  the Chinese President’s visit, and his impact on traffic, a group of 65 people met quietly in a small parking lot in Olympia, Washington. Surrounded by fir trees and the crisp fall sun, one of the biggest issues facing the wilderness of the Olympic Peninsula was being met head on. As the rest of the state and country talked about the news of today, concerned citizens from around the Pacific Northwest met at the offices of Olympic National Forest with a single mission, protecting the future.

For nearly a year, residents and admirers of the wilderness of the Olympic Peninsula have been in a battle with the United States Military. Late in 2014, the US Navy proposed using National Forest Service land for their electro-magnetic wargames, with Growler flights planned to go over some of the most pristine wilderness areas of the Olympic Peninsula. The proposed areas the Navy is hoping to use in Olympic National Forest border the UNESCO World Heritage site of Olympic National Park, as well as marine sanctuaries off the Pacific Coast.

Once the public got wind of the Navy’s proposed plans, they protested meetings and started groups to try to stop the militarization of wilderness in the Pacific Northwest. One group, Protect Olympic Peninsula, gained traction, and helped streamline and coordinate the anti-wargame movement. Over the last year, they have raised awareness of the military’s plan, even helping pressure the Washington State Department of Natural Resources deny the Navy the right to use their land.

On September 23rd, 2015, Protect Olympic Peninsula and their supporters met outside the Olympia offices of Olympic National Forest with over 120,000 signatures in an unassuming Kinkos box. Starting at 3:15PM, the rally highlighted the reasons why they are opposed to the Navy Training, and emphasizing just how special the Olympic Peninsula wilderness is to the region, the state, the country and the world. For 25 minutes, the group listened to stories, anxiously awaiting the moment when the leadership of the movement would meet with Olympic National Forest officials.

For many, the event was highlighted by signs and speeches from individuals of all walks of life. From veterans and parents, to members of the Quileute Nation and yours truly, everyone in attendance had a chance to speak and say what the Olympic Peninsula meant to them. As the speeches finished up, the leaders grabbed the boxes and headed into the offices for their meeting.

Being the person that I am, I chatted with everyone outside and bonded over favorite hikes and experiences on the Olympic Peninsula. Eventually, I headed inside, taking a few pictures and joked around with the employees at the visitors desk. This event, from what I was told off the record, was the largest group of people they had seen at the office, and it was all for protecting our land.

After about 45 minutes, the meeting with Olympic National Forest Officials ended. The signatures had been delivered and, all in all, the day was a success. The community had come together in Olympia and had their message heard. For now, we sit back and wait, and see if the Navy will listen to the anger and outcry from 120,000+ individuals who want the war-games to stay away from the pristine wilderness of the Olympic Peninsula. While I can’t say if it will stop them or not, I can let you know that the people are awake, and the fight to protect wilderness will continue as long as it has to, at any cost.

Today was a display of how great democracy is, and how we, as individuals, can have our voices heard. While the skies over the Olympic Peninsula may soon be used for war, tonight we get to sit in the silence of nature, and know we did out best to protect it.

An update with a full press release of the event will be made when I receive it. Until then, feel free to browse the photo gallery from today’s event. 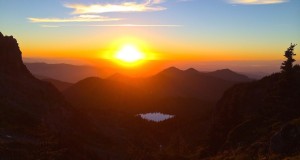 Previous post Breaking Up with the PNW Summer of 2015 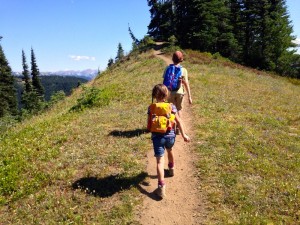